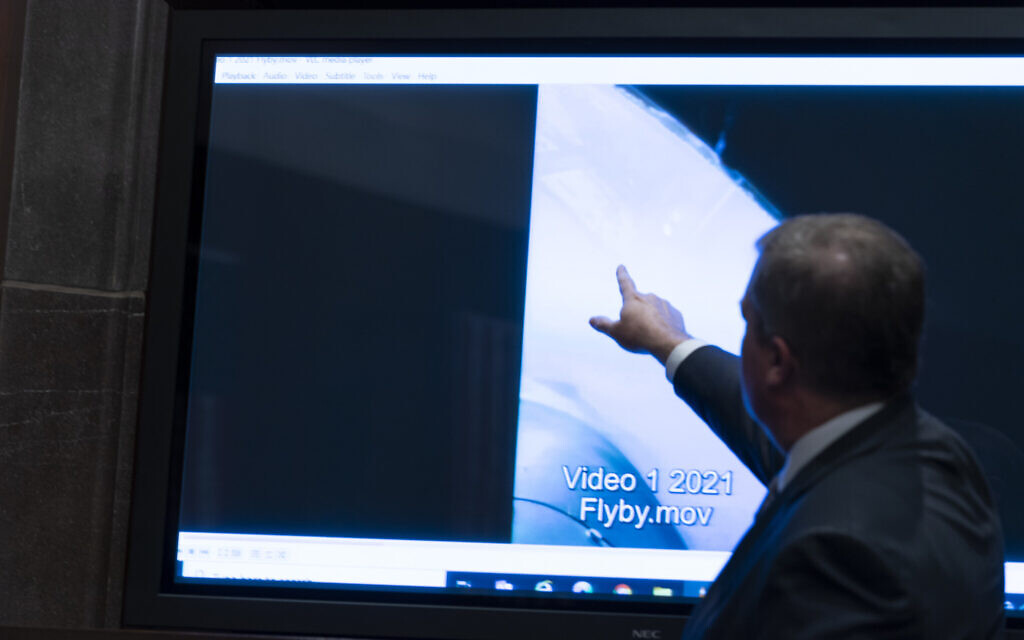 Three former US Army troopers said they saw UFOs along the Israel-Egypt border in the Sinai Peninsula in 2014.

The veterans told the Daily mail Tuesday that they saw eight glowing objects hovering and hurtling through the sky from a Sinai outpost on the Egyptian border around December 2014.

The three cavalry scouts, who were described as trained in aircraft identification, told the UK outlet they believed the objects they saw were not man-made.

“I would describe it as a large object with several smaller objects, which seemed to communicate or fight, like a dogfight in the air,” said one of the three, Sergeant Travis Bingham, 36. Bingham was stationed with E4 Specialist Vishal. Singh and Private First Class Dovell Engram at Observation Post 3-1 in the Sinai, near the southern end of the Israel-Egypt border.

“We knew it wasn’t our army and it was disconcerting,” he added. “The objects were glowing – you could clearly see them with the naked eye, and it was clear how fast they were moving. To date, I have never seen anything like the craft, covering such a distance with extreme speeds.

Their comments were reported the same day the US Congress held its first hearing in half a century on unidentified flying objects. (No, there is still no government confirmation of extraterrestrial life.)

Testifying before a House intelligence subcommittee, Pentagon officials did not release additional information about their ongoing investigation into hundreds of unexplained sightings in the sky.

Ronald Moultrie, undersecretary of defense for intelligence, said the Pentagon is trying to de-stigmatize the issue and encourage pilots and other service members to report anything unusual they see.

Deputy Director of Naval Intelligence Scott Bray, left, and Undersecretary of Defense for Intelligence and Security Ronald Moultrie speak during a hearing of the House Intelligence, Counterterrorism Subcommittee , Counterintelligence and Counterproliferation on Unidentified Aerial Phenomena,’ on Capitol Hill, May 17, 2022, in Washington. (Alex Brandon/AP)

Observations are usually fleeting. Some only appear in front of the camera for a moment, then sometimes end up being distorted by the camera lens.

A senior Pentagon official briefly demonstrated the challenge on Tuesday. Scott Bray, Deputy Director of Naval Intelligence, stood next to a television to show a short video taken from an F-18 military aircraft. The video shows a blue sky with passing clouds. In one image – it took several minutes for staff in the room to queue – there is an image of a balloon-like shape.

“As you can see, finding the UAP is harder than you think,” Bray said, using the acronym for “unidentified aerial phenomena.”

You are a dedicated reader

We’re really glad you read X Articles from The Times of Israel over the past month.

That’s why we started The Times of Israel ten years ago – to provide discerning readers like you with must-read coverage of Israel and the Jewish world.

So now we have a request. Unlike other media, we don’t have a paywall in place. But since the journalism we do is expensive, we invite readers to whom The Times of Israel has become important to help support our work by joining The Times of Israel community.

For just $6 a month, you can help support our quality journalism while benefiting from The Times of Israel WITHOUT ADVERTISINGas well as access Exclusive content only available to members of the Times of Israel community.

Thanks,
David Horovitz, founding editor of The Times of Israel

Already a member? Log in to stop seeing this