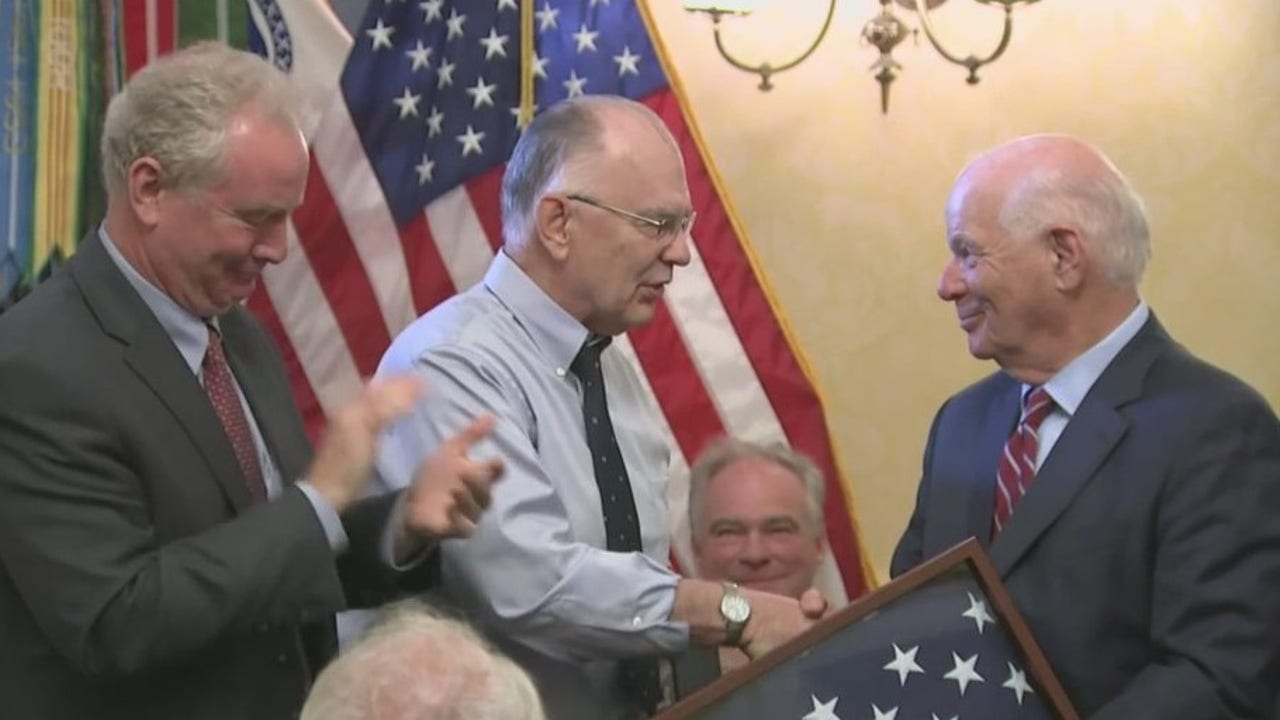 US Army prisoner of war veteran honored after 55 years

US Army prisoner of war veteran honored after 55 years

It’s taken more than half a century, but tonight a Maryland Army veteran finally has the honor he deserves as a POW.

WASHINGTON – It’s taken more than half a century, but on Thursday, a Maryland Army veteran finally got the honor he deserved as a prisoner of war.

It’s not just a story of endurance, but a frustrating fight against bureaucracy to fix things.

Ronald Dolecki is a US Army veteran who lives in Huntingtown, Maryland. While his military service took place during the Vietnam War era, his story did not take place in Vietnam.

Instead, Dolecki was a US Army specialist on a mapping mission in Ethiopia in 1965. He was captured by a warring rebel army called the Eritrean Liberation Front. Dolecki endured brutal conditions but was able to escape and save the lives of two people. But while Dolecki’s captivity and heroism took place during the Vietnam War era — because he was not a prisoner of war in Vietnam — he encountered decades of trouble because regulations l prevented.

But senators from Maryland and Virginia met with a US Army general on Thursday to award Ron Dolecki the medal he deserved and deserved.

“Everyone who heard my story said to me ‘you know there’s even a YouTube that someone posted called ‘the forgotten prisoner of war’ and I came across it and watched it and I ‘ thought ‘wow, that’s weird even the military doesn’t ‘call me a POW!’” Dolecki told FOX 5 during the ceremony.

“Ron’s wife, Linda, wanted to surprise him with a gift, a special surprise, so she requested that he be awarded the Army POW Medal. Unfortunately, that request was denied. 18 years later, we are finally able to get the recognition that Ron Dolecki clearly deserves!” said Senator Chris Van Hollen.

The Army also awarded a POW medal to David Strickland of Manassas, Virginia. His story is almost identical to that of Dolecki. Strickland was also posted to Ethiopia and was also taken prisoner of war 10 years later. He faced similar issues preventing him from getting the medal he won until today.