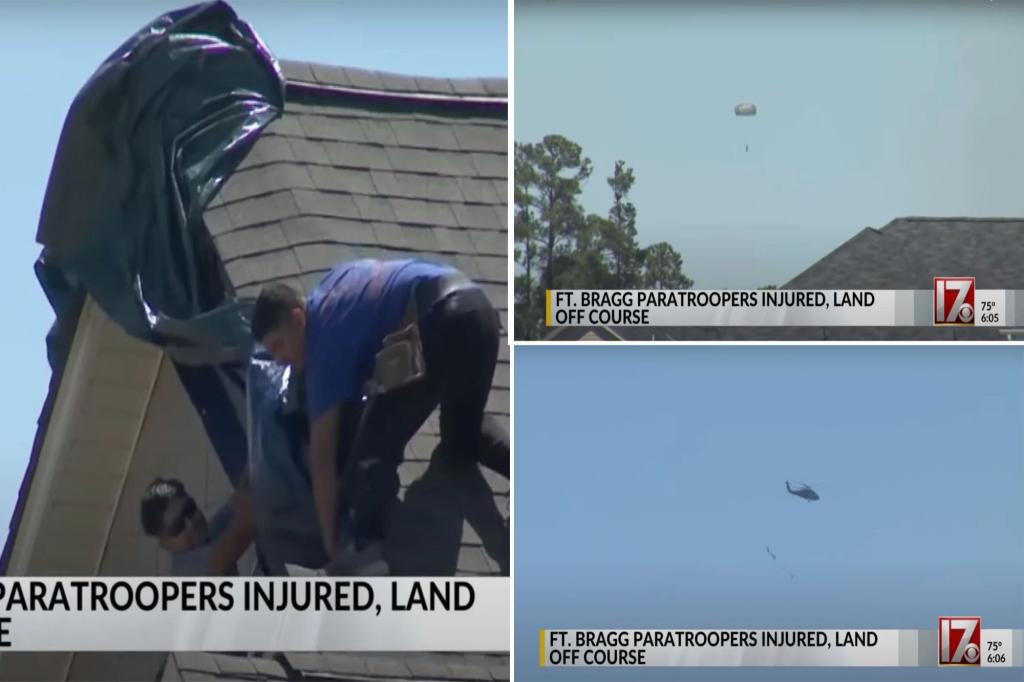 Two special forces paratroopers were injured in a North Carolina neighborhood after missing their landing zone on Wednesday.

The paratroopers were rescued by People of Hoke County who rushed to their aid after one of the soldiers hit the roof of a nearby house.

The other soldier was treated for minor injuries at the scene. Training was temporarily suspended that day.

Both soldiers are members of the 3rd Special Forces Group (Airborne).

Military leaders said WRAL the paratroopers were using Boeing CH-47 Chinook helicopters for jump practice over the St Mere-Eglise drop zone, about 8 miles from where they crashed.

The US Army Special Operations Command did not immediately respond to the Post’s request for comment.

the 3rd Special Forces Group (Airborne) has a long history of service in times of peace and war. Stationed at Fort Bragg, it is the main special forces group on operations in Central Asia.

The incident comes after a US soldier was tragically killed by a bear in Alaska this week.

Army Staff Sgt. Seth Michael Plant, 30, was identified Thursday as the soldier who died from injuries sustained in a bear attack Tuesday at a remote training area at Joint Base Elemendorf-Richardson.

Plant, an infantryman with the 3rd Battalion, 509th Parachute Infantry Regiment, who had deployed to Afghanistan, was later pronounced dead at the military base hospital.

Last month, a 21-year-old paratrooper from New York State died while jumping from a helicopter during a training exercise.

SPC. Abigail Jenks of Gansevoort was performing a static line jump from a UH-60 Blackhawk helicopter at Fort Bragg in North Carolina on Monday when she was fatally injured, military officials said.

Know Your Town: When the University of Pune’s main building, the former residence of the government, was the subject of a scandal in the British Parliament