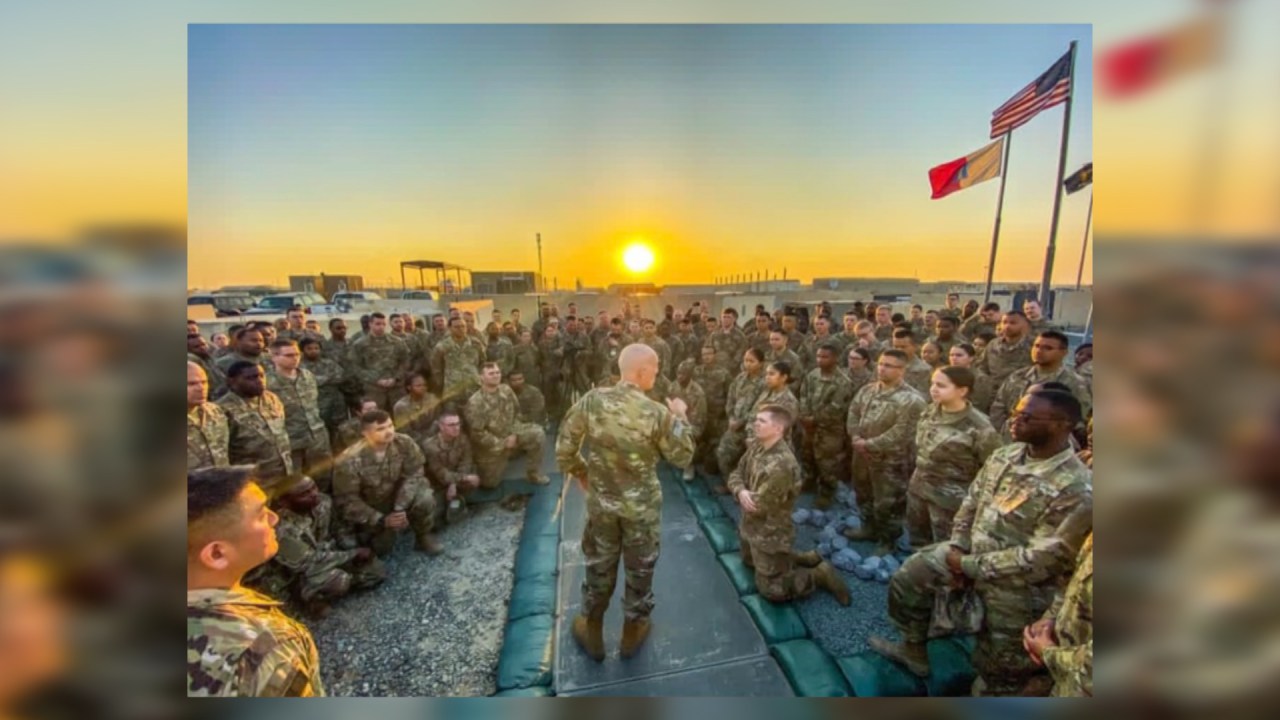 FORT WAYNE, Indiana (WANE) – For some, joining the military is a decision influenced by family history, but for others it took obstacles to get there. Christopher McBride is a United States Army Reservist and also serves the Fort Wayne community as a police officer.

McBride grew up with a close friend who knew he wanted to enlist in the military since he grew up in a military family. After high school, he went straight to basic training. In July 2011, McBride’s friend was stationed in Afghanistan. While on duty, he was hit by an improvised explosive device and died. After losing his friend, McBride was motivated to join the military. â€œIt was kind of a wake-up call for me and as miserable as it was, it was important for me to realize that there was a bigger cause there,â€ McBride said.

People don’t realize the conversations we’re having there. The tears that flow when someone receives a letter in the mail with a photo of their newborn baby that they see for the first time are all things we can share with each other â€,

â€œI didn’t really know what I was getting myself into,â€ says McBride. This was in September 2012. He first went as a group leader teaching a 29 day leadership course and was stationed in Kuwait.

â€œWe still have soldiers in desolate parts of the world who protect the American way of life and there’s a reason the United States is one of the best countries in the world,â€ McBride said.

In 2014, he was mobilized at Guantanamo Bay in Cuba, where the only strategic maximum security detention center operated by the Defense Ministry is located. â€œThis is where we currently detain suspected 9/11 terrorists,â€ says Chris. McBride worked inside the facility with these people for nine months.

â€œMy transition was really difficult. We still face all the normal everyday obstacles that everyone encounters, the only difference is that our support system is each other. If we didn’t have each other, it would be a really dark place, â€says McBride.

â€œThe military is really good at making you realize that you’re not going to be successful on your own, you have to really work as a team. We owe it to our respective families, we got together and we are going to come home together, â€he said.

McBride is still a reservist, and he did it intentionally because he enjoys his civilian job as a Fort Wayne police officer. “Every Sunday night I watched ‘Cops’ and ‘American’s Most Wanted’ with my mom, it was our fun, our tradition.” This inspired him to pursue a career as an officer. He started his career in 2014 and served with FWPD for three years.

The two roles in his life complement each other. Chris says agents make several calls a day to people who just need to talk to someone. He says it’s surprising how many of them are veterans, so his role as a reservist helps him be able to relate to those who are struggling. â€œI want to be able to provide them with the support that I would help someone do for me,â€ Chris says.

When asked why it is important to honor veterans, Chris responds, â€œWithout the veterans of wars or conflicts that we have known, America would not be where we are today. With so much blood spilled, every veteran who participated in sacrificing and giving their lives during these conflicts has helped shape the United States. If this is not celebrated and if we do not provide our veterans and their families with the resources and support they need, we may very well not be able to have this conversation.

Throughout the month of November, the Fort Wayne Police Department Facebook Page honors those who work for the department and have served in the military.

The heavy price he paid to serve his country | Veterans