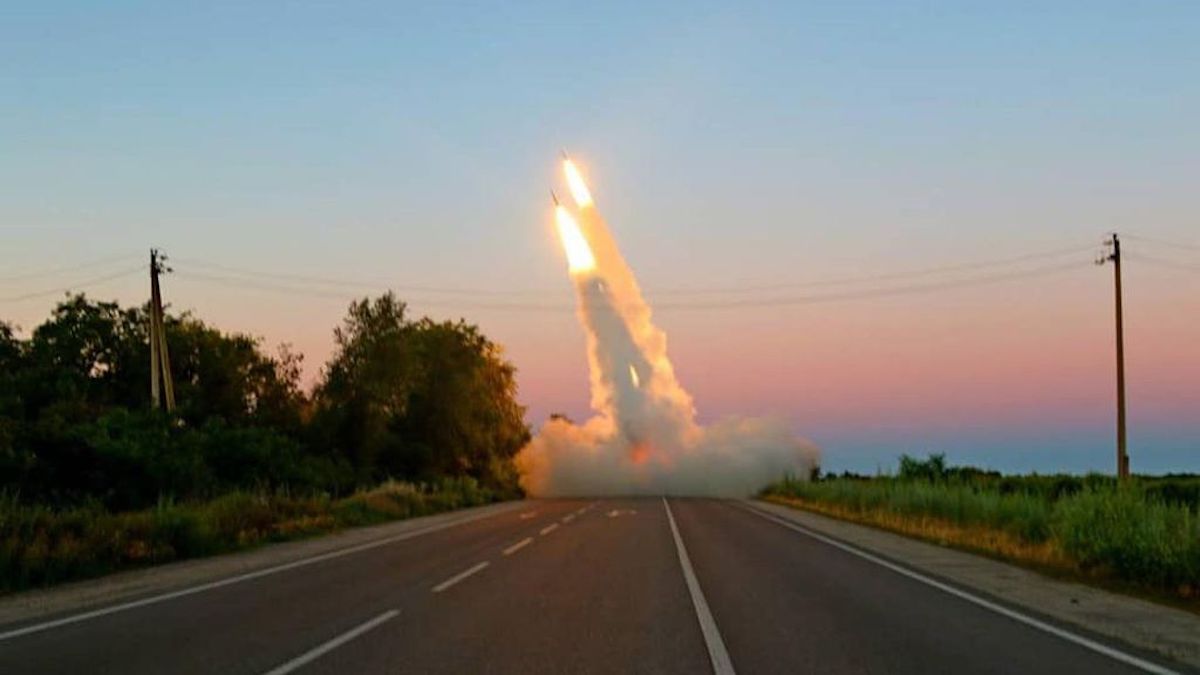 US military equipment, which was first developed in the 1990s for the US military, was used in the field by the Ukrainian military near Zaporozhye in southeastern Ukraine.

The footage was obtained from the General Staff of the Armed Forces of Ukraine on Monday, along with a short statement that read: “Towards Zaporozhye. HIMARS continues the demilitarization of the Russian occupation army. Together we will win!”

The footage was also relayed by the Center for Strategic Communications and Information Security, a Ukrainian government organization that operates under the Ministry of Culture and Information.

Zenger News contacted the General Staff of the Armed Forces of Ukraine for further comment, as well as the Russian Defense Ministry, but had not received a response at the time of writing.

Russia invaded Ukraine on February 24 in what the Kremlin continues to call a “special military operation.” Tuesday marks the 132nd day of the invasion.

Other developments in the Russian-Ukrainian war:

Russian President Vladimir Putin is pushing his advantage after his forces captured the Ukrainian town of Lysychansk in the eastern region of Lugansk Oblast, ordering Defense Minister Sergei Shoigu to continue the offensive.

Ukrainian President Volodymyr Zelensky said Ukrainian forces would retake the city “thanks to the increased supply of modern weapons”.

The governor of the Dnipropetrovsk oblast region in central-eastern Ukraine, Valentyn Reznichenko, said that Russian forces had targeted the region with seven missiles on the night of July 4-5, Ukrainian forces by knocking down six. The seventh missile hit a residential area and damaged houses, with no reports of casualties so far.

Zelensky is negotiating with Turkey and the UN to obtain guarantees for his country’s grain exports. The move comes after Turkish authorities stopped a Russian cargo ship carrying grain that was allegedly stolen from Ukraine. The ship would contain more than 7,000 tonnes of grain which Russian officials said would be sent to “friendly” countries.

He said third parties other than Russia are needed to ensure the grain can be exported safely. An estimated 22 million tonnes of grain are stuck in Ukraine due to Russia’s naval blockade of the country’s Black Sea ports.

NATO said Finland and Sweden completed membership talks at NATO headquarters in Brussels on Monday. NATO said: “Both countries have formally confirmed their willingness and ability to meet the political, legal and military obligations and commitments of NATO membership.”

NATO has appointed US Army General Christopher G. Cavoli as the new Supreme Allied Commander Europe. He speaks Russian and has a master’s degree from Yale in Russian studies.

Leaders from dozens of countries, as well as international organizations and businesses gathered in Lugano, Switzerland, for a conference on reviving Ukraine to develop a “Marshall Plan” roadmap to rebuild the country after the war. Zelensky said in a virtual speech that Russia’s war “is not just an attempt to seize our land and destroy our state, but also a confrontation with a worldview.”

He also said that the reconstruction of Ukraine offers the opportunity “to show why freedom is more powerful than tyranny”.

This story was provided to Newsweek by Zenger News.