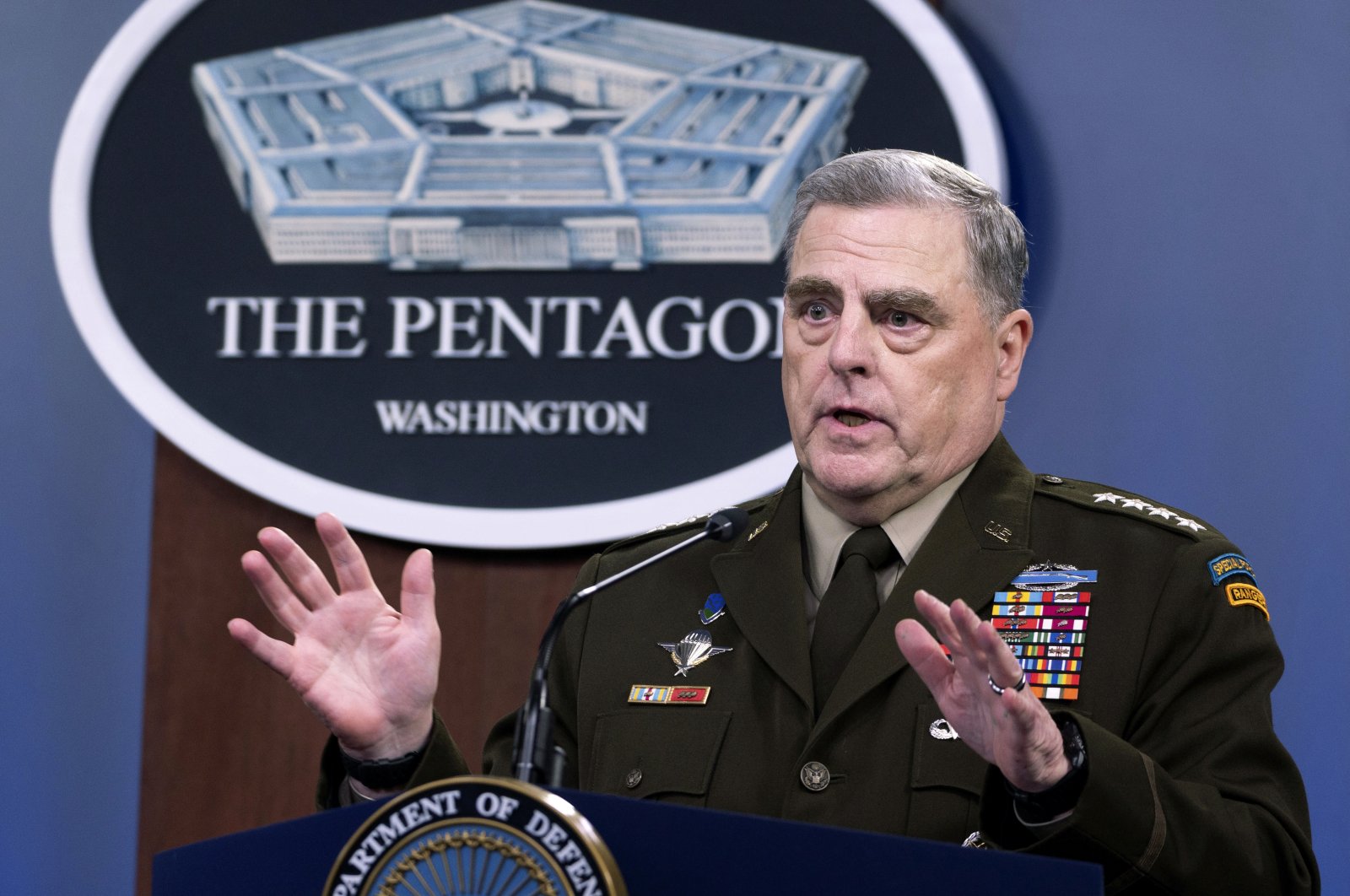 Turkish and US military leaders discuss Afghanistan at NATO meeting

Turkish and US military leaders met in the Greek capital Athens on Sunday as part of the NATO Military Committee conference to discuss withdrawal from Afghanistan, regional security and counterterrorism operations .

Turkish Chief of Staff YaÅŸar GÃ¼ler met with US Chairman of the Joint Chiefs of Staff Mark Milley.

According to a statement by the US Joint Chiefs of Staff, the two officials addressed “multiple points of mutual security interest.”

“They discussed the withdrawal from Afghanistan, regional security and counterterrorism operations. The two leaders also discussed refugees and the prevention of a humanitarian crisis,” we read.

The statement also praised relations between Turkey and the United States, saying the two countries “enjoy a strong and continuing military relationship as key members of the NATO alliance.”

The NATO Military Committee conference, attended by the defense chiefs of allied countries, provides a forum for the discussion of issues of strategic importance to the alliance.

An earlier NATO statement on the conference said that “the Military Committee will also discuss the NATO 2030 initiative, as well as its military implications and opportunities.”

The United States is working with Turkey and Qatar on the Kabul Hamid Karzai International Airport in Afghanistan.

In a recent statement, Washington said Turkey and Qatar wanted normal flights to Kabul airport to resume, adding that the Taliban expressed the same wish.

With the Taliban in possession of the Kabul airport after the United States completed its withdrawal on August 31, attention will now shift from the mammoth evacuation operation in the West to the group’s future plans for the transportation hub.

Turkey had offered to provide security after the withdrawal of foreign troops, but the Taliban have repeatedly stated that they will not accept any foreign military presence in Afghanistan after August 31.

President Recep Tayyip ErdoÄŸan said Turkey is still evaluating the group’s offer for Turkey to operate the airport, but the Taliban have always insisted on security checks.

Since 2002, the Turkish Armed Forces (TSK) have operated in Afghanistan within the framework of the United Nations, NATO and bilateral agreements to contribute to the peace, well-being and stability of the Afghan people. Turkey had more than 500 non-combatant troops stationed in Afghanistan as part of NATO’s now abandoned mission in the war-torn country. Turkey had been in Afghanistan in a non-combatant role for two decades and had participated in advisory, reconstruction and maintenance activities. She had operated the airport for six years.

After the Taliban took control of the country, Turkey offered technical and security assistance at the airport.

Keeping the airport open after foreign forces take control of it is vital not only for Afghanistan to remain connected to the world, but also to maintain supplies and aid operations.

The Taliban have insisted they want to keep the civilian airport open, but without security guarantees, commercial airlines are reluctant to operate from Kabul.