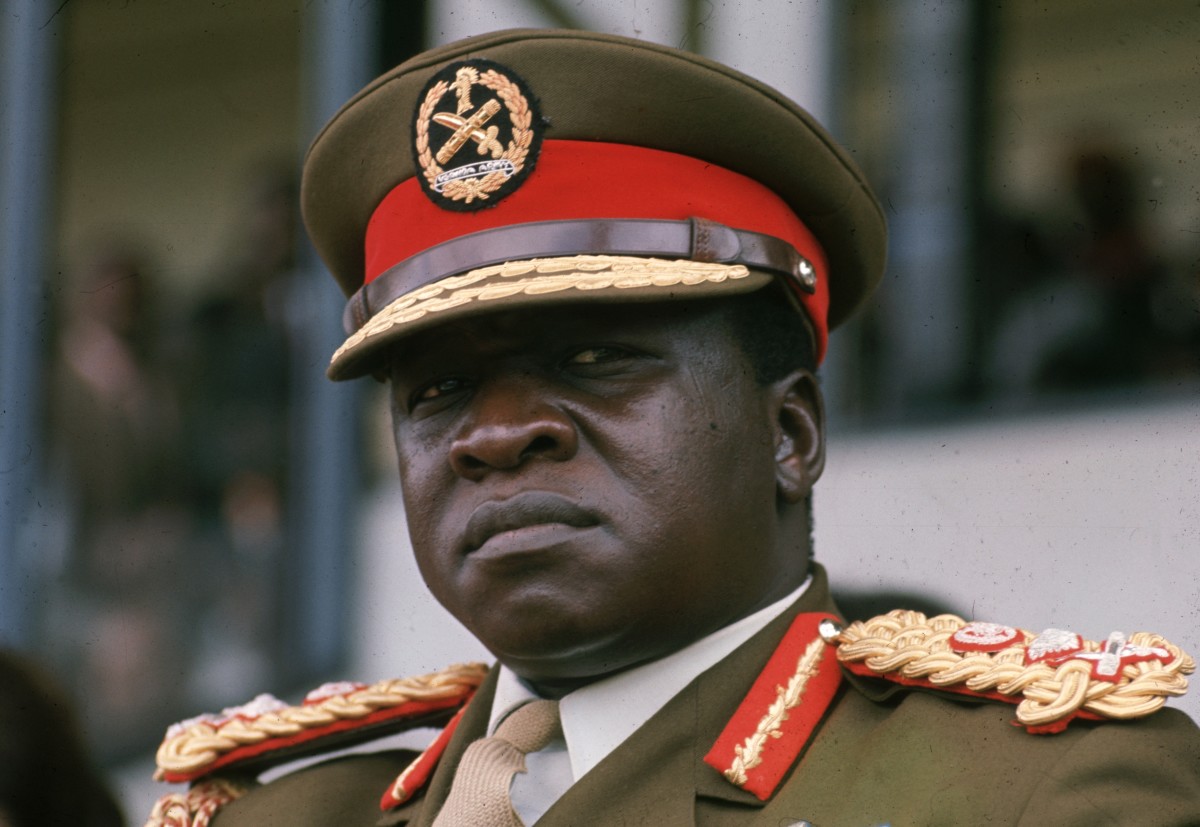 The 1978 war that prompted Idi Amin to quit the presidency

On October 10, 1978, a war broke out between Uganda and Tanzania.
The war that ultimately led to the ousting of former President Idi Amin is known as the “1979 War”, in fact, started in October 1978, a day after Uganda celebrated its 16th birthday. independence.

Genesis
On the night of October 10, 1978, Uganda attacked Tanzania. The night before, a Ugandan soldier, whose name has never been documented, left his post in a military detachment not far from the common border between Uganda and Tanzania and passed through Tanzania without informing his superiors or officials. colleagues.

There had been animosity between Uganda and Tanzania since 1971 and there had been skirmishes between the two countries.

The soldier spent the night with his Tanzanian girlfriend who resided in the border town of Tanzania. There, he was detained for hours by the Tanzanian security forces and brutalized before being released.
Back in Uganda, during the morning parade of October 10, 1978, the soldier went missing, which worried his colleagues and the detachment commander, identified only as Lieutenant Byansi.

In 2015, retired Lieutenant Muzamir Mule, who in 1978 was a tank commander based at Sango Bay Barracks and a friend of Lieutenant Byansi, told this reporter what the mischievous soldier told his commander.

The soldier lies to the commander
When the soldier was released and finally arrived at his base, he lied to his superior, Lieutenant Byansi, saying he had been kidnapped by Tanzanian forces the night before while bathing in the river. Kagera which forms a natural border between Uganda and Tanzania.
He claimed that Tanzanian forces arrested and assaulted him before releasing him the next morning.

The soldier, still filled with rage, then picked up his weapon, ran towards the Tanzanian border and fired at the soldiers at the border post, who retaliated in defense.
The soldier’s act infuriated both sides. Lt. Byansi immediately reported the matter to his superior, Lt. Col. Juma Oka, aka Butabika (the madman), who was the commander of the Malire Mechanized Reconnaissance Regiment in Kampala. Butabika then made the personal decision to attack Tanzania.

That night, Lieutenant Mule was ordered to attack the border post and advance into Tanzania.
â€œI ordered three tanks and we entered Tanzania,â€ Lieutenant Mule told this reporter in 2015 in Koboko district.
Without informing President Amin, Lieutenant-Colonel ‘Butabika’ ordered soldiers of the Malire battalion in Lubiri to go and step up the attack.

Unplanned attack
President Yoweri Museveni also believes that Uganda may not have plans to attack Tanzania.
On page 92 of his book Sowing the Mustard Seed, first published in 1997, President Museveni writes that:

â€œOn October 30, 1978, Amin’s troops invaded the Kagera salient. I think the main factor behind this invasion was the inability of Amin and his group. They had to be content with posturing: it could not be that they underestimated the capacity of the Tanzanian army because even in the brief skirmishes of 1971 and 1972, the Tanzanian army had not fought badly.

â€œTherefore, the explanation for this blunder on Amin’s part must have been his ignorance. Desperately overwhelmed, Amin still loved to do and say outrageous things. He wanted to behave like the Israelis who in 1967 captured the Sinai Peninsula from Egypt in just six days. He seems to have thought that by invading Tanzania he was “teaching the president [Julius] Nyerere a lesson.

The Tanzanian People’s Defense Forces in Uganda after the fall of Idi Amin in 1979. PHOTOS / DOSSIER

Why Amin never wanted a war
Since the expulsion of Asians from Uganda in November 1972, the economy had almost collapsed, in part due to the economic embargo imposed by Western powers on Uganda.

Amin also had good intelligence on the military prowess of Tanzania, which he knew superior to the Ugandan army.
“… the Tanzanian People’s Defense Forces (TPDF) had also developed the means of combat, having purchased a large quantity of Soviet equipment, in particular surface-to-air missiles, MiG fighters and medium-range artillery”, writes President Museveni on page 93..

When the Organization of African Unity (OAU), now the African Union (AU), was established in 1963, a resolution was passed in Addis Ababa, Ethiopia, stating that Tanzania would be the seat of the movements. African liberation groups fighting against colonialism at the time.

Thus, military equipment from the Soviet Union was first kept in Tanzania before being shipped to other destinations in Africa – which enabled Tanzania to purchase modern military equipment such as ground missiles. -air they used to shoot down several Ugandan MiG planes. combatants between October and December 1978.
In fact, in January 1979, the Uganda Air Force could no longer attack Tanzanian territory, which gave the Tanzanian army the advantage in the war.

Amin runs to Gaddafi
About two weeks after the start of the war, Amin went begging for military help from his Arab friends.
In Africa, he visited President Anwar Sadat of Egypt and Colonel Muammar Gaddafi of Libya. Colonel Gaddafi and President Nyerere of Tanzania were sworn enemies.

On October 22, 1978, Amin left for Egypt aboard the presidential jet. President Sadat allegedly offered military equipment to Amin, but not soldiers like Gaddafi did.
On October 24, 1978, Amin visited General Mustafa Adrisi, Ugandan Vice President who was receiving medical treatment in a military hospital in Egypt. The Voice of Uganda from October 25, 1978 published the story and photo of Amin with Adrisi in the hospital.
General Adrisi was involved in a traffic accident on the Kampala-Jinja highway in February 1978, which seriously injured his leg.

Critics of Amin fueling Tanzania’s propaganda claimed the crash was Amin’s plot to assassinate Adrisi, who was a potential successor after Amin’s defeat.
From Egypt, Amin traveled to Libya where he also underwent a medical examination. The Voice of Uganda on October 27, 1978 reported that examination by Gaddafi’s personal physician revealed that Amin’s blood pressure was normal.

In December 1978, Libyan and Palestinian commandos smuggled into Entebbe airport overnight to fight for Amin.
The commandos quickly found themselves in the front line on the Mutukula-Masaka axis fighting against the crush of Tanzanian and Ugandan Kikoosi-Maluum fighters who had attacked through Mutukula.

When Kampala fell on April 10, 1979 – and not April 11, 1979, as has been widely reported – commandos surrendered to Tanzanian forces after their attempt to flee through eastern Uganda into Kenya was blocked.
They were taken prisoners of war and eventually repatriated to Libya and Palestine after lengthy diplomatic negotiations.