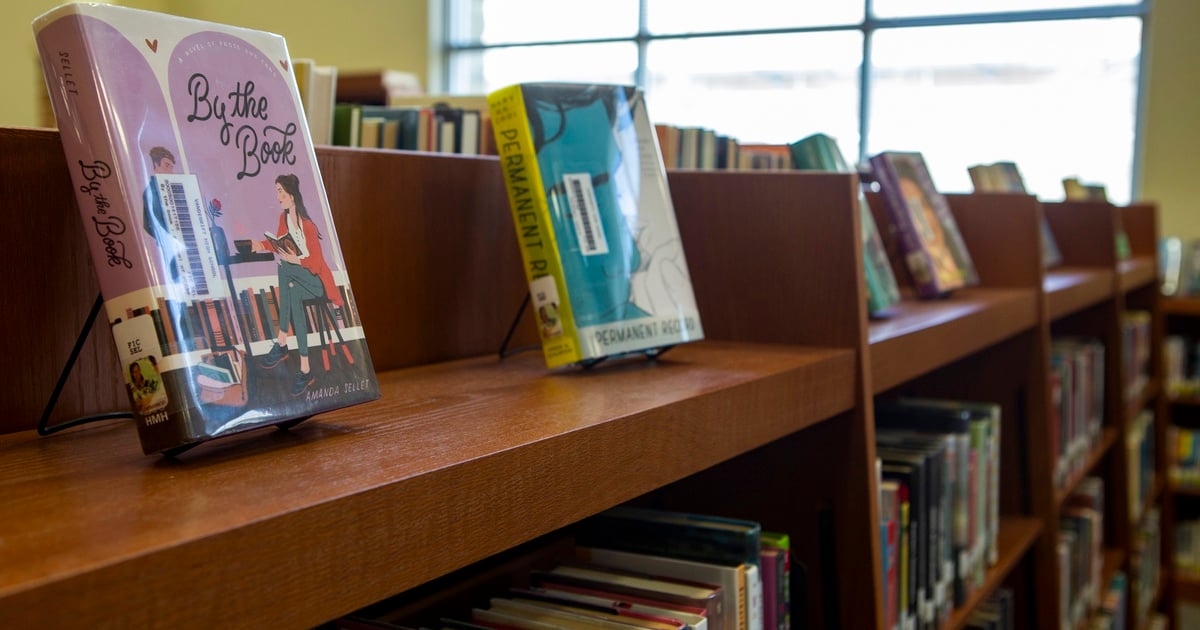 Sign up for The Brief, our daily newsletter that keeps readers up to date with the most essential news from Texas.

Texas banned more books from school libraries last year than any other state in the nation, targeting titles centered on race, racism, abortion and LGBTQ representation and issues, according to a new analysis from PEN. America, a non-profit organization advocating freedom of expression.

The report released Monday found that Texas school administrators banned 801 books in 22 school districts and 174 titles were banned at least twice between July 2021 and June 2022. PEN America defines a ban as any action taken against a book based on its content after challenges from parents or legislators.

The most frequently removed books included “Gender Queer: A Memoir” by Maia Kobabe, which describes Kobabe’s journey with gender identity and sexual orientation; “The Bluest Eye” by Toni Morrison; “Roe vs. Wade: A Woman’s Choice?” by Susan Dudley Gold; Ashley Hope Pérez’s “Out of Darkness,” which follows a love story between a Mexican American teenager and a black teenager in 1930s East Texas; and George M. Johnson’s “All Boys Aren’t Blue,” a personal account of growing up black and queer in Plainfield, New Jersey.

“This censorship movement is turning our public schools into political battlegrounds, driving wedges within communities, forcing teachers and librarians out of their jobs, and chilling the spirit of open inquiry and intellectual freedom that underpin a thriving democracy,” Suzanne Nossel, PEN’s U.S. chief executive, said in a statement.

Nationwide, PEN America discovered that 1,648 unique titles had been banned by schools. Of these titles, 41% address LGBTQ themes or have prominent LGBTQ protagonists or supporting characters. Another 40% of these books contain major protagonists or secondary characters of color.

Summer Lopez, free speech program manager at PEN America, said what’s remarkable about these book bans is that most are for books that families and children can choose to read, not required reading.

Florida and Pennsylvania followed Texas as the states with the most bans, respectively. Florida banned 566 books and 457 titles were banned in Pennsylvania, where the majority of books were removed from a school district in York County, known to be more conservative.

Lopez said her organization couldn’t remember a previous year with so many reported book bans.

“This rapidly accelerating movement has resulted in more and more students losing access to the literature that enables them to address the challenges and complexities of democratic citizenship,” said Jonathan Friedman, Program Director of Free Expression and Education of PEN America and lead author of the report. said in a statement.

Texas’ book challenges date back to last October, when state Rep. Matt Krause, R-Fort Worth, sent a listing of some 850 books on race and sexuality — including Kobabe’s — to school districts requesting information on how many of them are available on their campuses. This decision alone spurred parents to successfully challenge and remove books they deemed inappropriate and “pornographic.”

The Keller Independent School District in Tarrant County was one of the first to successfully remove “Gender Queer” from school libraries after a group of mothers complained it was “pornographic”.

This recent round of book bans has unfolded against the backdrop of a national debate over critical race theory, a college-level academic discipline that examines how racism is embedded in the nation’s legal and structural systems. It is not taught in public schools in Texas. However, some conservative politicians and parents have attributed the term “CRT” to dismiss public school efforts to incorporate a more comprehensive and inclusive public school curriculum, which they equate to indoctrination.

Conservatives in some school districts used book bans and grudges over social studies teachings to help bring support to the rally and drew unprecedented funds to win school board seats by campaigning under the pledge to eliminate “critical race theory” and “pornographic” materials from schools. Amid ongoing political struggles led by Republicans over how issues related to race, gender and sex are allowed to be taught in public schools, Gov. Greg Abbott has pledged to increase parental rights at the center of his re-election platform.

However, parents in Texas already have the right to temporarily remove their child from a class or activity that conflicts with their religious beliefs. They have the right to review all instructional materials, and state law guarantees them access to their student records and a school principal or administrator. In addition, school boards must establish a way of dealing with complaints from parents.

PEN America’s analysis also found that these bans were largely driven by organized groups formed over the past year to fight “pornographic” and “CRT” content at school.

“The work of groups that organize and advocate for the banning of books in schools is particularly damaging to students from historically marginalized backgrounds, who are forced to live out stories that validate their lives disappearing from classrooms and schools. library shelves,” Friedman said.

The Texas Tribune Festival is almost there! Thursday through Saturday, September 22-24, in downtown Austin, TribFest attendees will enjoy three days packed with events, conversations, and inspiring panels featuring more than 350 big names, including chris bosh, Pete Buttigieg, Liz Cheney, Annette Gordon Reed and many more. Join us for Texas’ biggest political and political event when you buy your tickets today.