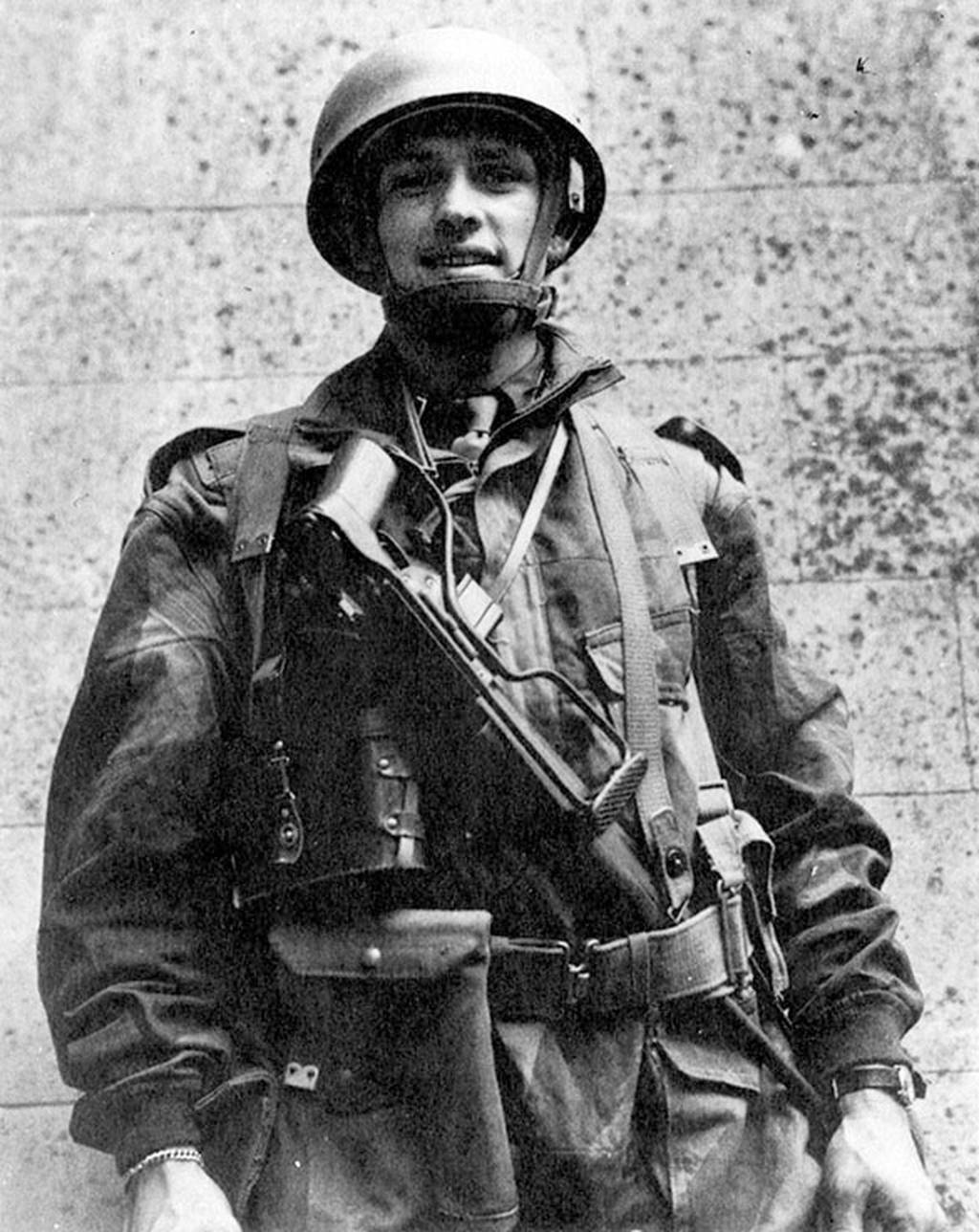 Singlaub, a native of Independence, Calif., was commissioned as a second lieutenant in the U.S. Army Infantry. After graduating from the University of California, Los Angeles in 1943. according to on the military news site Sandboxx, Singlaub was quickly recruited by the Office of Strategic Services, the precursor to both the Central Intelligence Agency and US Army Special Forces.

Will Irwin, a retired army lieutenant colonel and author of “The Jedburghs: The Secret History of the Allied Special Forces, France 1944,” told the Military Times that Singlaub parachuted behind German lines in southern France as part of the OSS “Project Jedburgh”. ”

According to at US Army Special Operations Command, Singlaub was one of 83 Americans selected for the program, along with 90 British, 103 French, 5 Belgians and 5 Dutch. Jedburgh’s agents, working in teams no larger than four men, helped organize the French resistance while providing intelligence and harassing German lines of communication. Ultimately, Singlaub’s efforts helped Allied forces break out of Normandy in the summer of 1944.

After Germany surrendered in May 1945, Singlaub was transferred to the Pacific theater to continue OSS operations. On August 27, 1945, Singlaub parachuted with an eight-man team onto the Chinese island of Hainan, where they rescued hundreds of Dutch and Australian POWs. After Japan’s surrender, Singlaub remained in the Pacific, continuing to report on the Chinese Civil War.

In 1951, Singlaub, having become a major, again went to war in Korea. According to to the historian of the Army Special Operations Forces Command, from 1951 to 1952, Singlaub served as deputy commander and chief of staff of the Korea Joint Advisory Board. “JACK”, as he was known, represented the first time the CIA formed its first clandestine service field mission. In addition to recovering downed pilots, the shadowy organization attempted to replicate aspects of the OSS mission during World War II. After his tour with JACK, Singlaub commanded a conventional infantry battalion in Korea, where he was reward the silver star for bravery.

According to Sandboxx, in 1966, Singlaub once again returned to commanding unconventional combatants when he was selected to lead the Vietnam Military Assistance Command’s Survey and Observation Group.

Commonly known as MACV-SOG or simply “SOG”, Singlaub was tasked with leading an organization made up of special operators from all military branches as they fought communist North Vietnamese guerrillas in Vietnam and the countries neighbors. An important SOG target was the Ho Chi Minh Trail. This communist supply line existed mostly outside of Vietnam, so technically prohibited under the rules of engagement at the time.

“As head of SOG, Jack fought through bureaucracy to get close air support for SOG teams. He fought with the State Department to get our teams better armed in Cambodia early in the year. operation,” John Stryker Meyer, a SOG and Green Beret veteran, told Sandboxx News. “He always cared deeply for the men who served under him.”

Irwin echoed Meyer’s comments about Singlaub’s dedication to those with whom he served. According to Irwin, in 1988 he received a call from Singlaub regarding Singlaub’s South Vietnamese counterpart from his time at SOG. After the war, the former South Vietnamese officer had moved to Los Angeles, California, and lost his home to a fire.

“[The RVN Officer] had lost everything,” Irwin told the Military Times. “And one thing he lost and treasured was his Command General Staff College yearbook.” Irwin found a replacement for Singlaub, and the gesture was symbolic of the kind of person, and Chief Singlaub was.

“It just struck me at the time how much he valued that relationship,” Irwin said.

Singlaub’s last command in the military was as Chief of Staff of United States Army Forces in South Korea. In 1977, he was removed from his post after publicly criticizing President Jimmy Carter’s proposal to withdraw American troops from Korea.

In 2006, Singlaub was inducted into the United States Army Rangers Hall of Fame, and in 2007 he was named a Distinguished Member of the Special Forces Regiment. In 2016, the United States Army Special Operations Command (USASOC) established the MG John K. Singlaub/Jedburgh Award to recognize outstanding members of the Army commando community.

James R. Webb is a rapid response reporter for Military Times. He served as a US Navy infantryman in Iraq. Additionally, he has worked as a legislative aide in the US Senate and as an onboard photographer in Afghanistan.