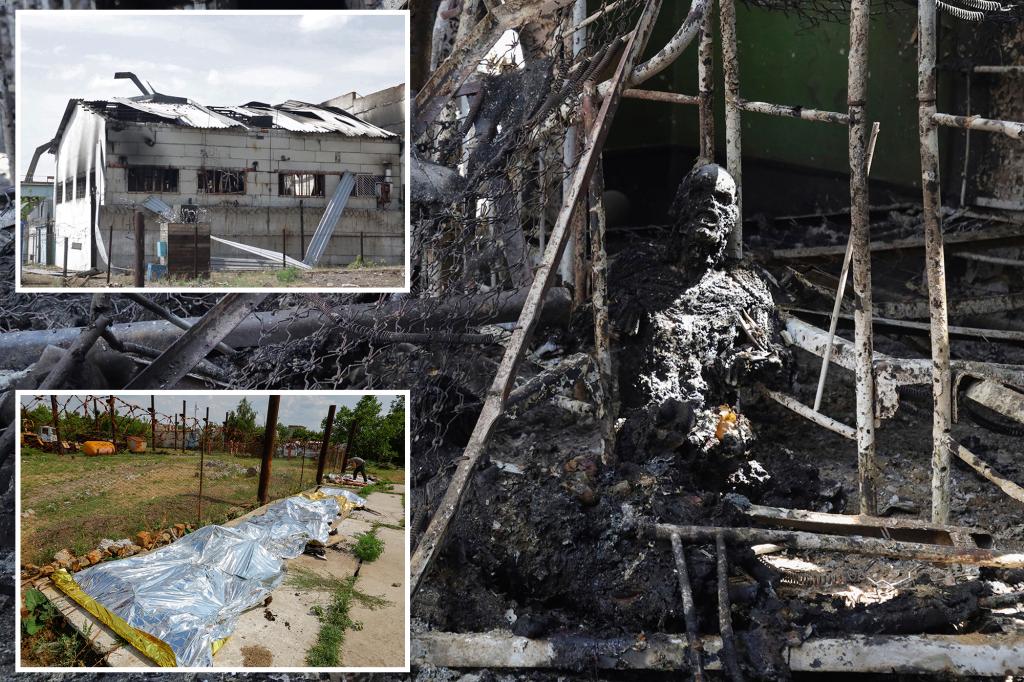 Russia plans to fabricate evidence pointing the finger at Ukraine for a deadly attack on a Moscow-run prison near the front lines in the ongoing war, according to US intelligence officials.

Washington believes Russia is preparing the bogus evidence before international journalists and investigators potentially visit Olenivka prison, where 53 Ukrainian prisoners of war were killed and 75 others injured on July 29. a US official told CBS News.

“We have reason to believe that Russia would go so far as to pretend that the Ukrainian HIMARS [High Mobility Artillery Rocket Systems] were responsible” for the attack, the official added.

Another official familiar with the intelligence told The Associated Press that Russia may plant HIMARS munitions at the site to back up its claims.

Since mid-June, the United States has supplied Ukraine with at least 12 of the rocket systems as Russia’s brutal invasion rages on.

Ukrainian officials have touted the weapons as a “game changer” allowing Kyiv troops to hit targets up to 80 km away.

This claim was quickly challenged by Ukrainian officials who called the report “false”.

“Russia is trying to stop the supply of weapons to the West and to intimidate Ukraine’s allies with the fictitious power of the Russian armed forces,” said Serhiy Leshchenko, adviser to Ukrainian President Volodomyr’s chief of staff. Zelensky.

“Russian propagandists are spreading false information about the alleged destruction of HIMARS systems in Ukraine. [Russian President Vladimir] Putin is trying to send a message to NATO – do not support Ukraine, weapons will be destroyed,” Leshchenko tweeted at the time.

Immediately after the attack on the prison – which is in an area controlled by the separatist Moscow-backed Donetsk People’s Republic – Russian officials sought to blame Ukraine for the destruction.

“Ukraine’s political leadership has decided to use the US-produced HIMARS Multiple Launch Rocket Systems to conduct a strike here in order to cover up the crimes that Ukrainian captives have begun to talk about,” the official said. Separatist spokesman Eduard Basturin to local media at the time.

Ukrainian officials, in turn, blamed Russia for the attack, calling it a “petrifying war crime”.

“The goal – to discredit [us] in front of our partners and disrupt the supply of weapons,” he said of the “deliberate, cynical and calculated mass murder of Ukrainian prisoners.

Following the attack, the United Nations and the Red Cross requested access to the prison site in order to investigate, although Russia initially did not acknowledge their requests.

On Sunday, however, Moscow said it had invited the UN and the Red Cross to investigate, according to Reuters.

At the same time, the International Committee of the Red Cross said it had not yet received permission to visit the site of the attack.

UN Secretary-General Antonio Guterres also announced he was appointing a fact-finding mission to investigate the killings.

Brotherhood in the Trenches: The Experience of a Sabahan

Private tubuna: how I was chosen