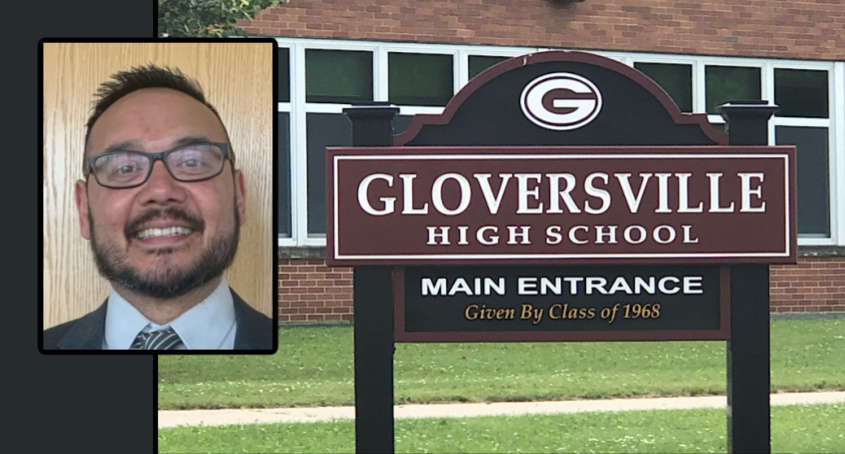 GLOVERSVILLE — Principal Richard DeMallie, who has worked for the Gloversville Expanded School District for 21 years, will leave at the end of the school year to become superintendent of a Washington County district.

The Fort Edward Union Free School District School Board plans to announce DeMallie’s appointment on Wednesday, according to a news release from BOCES of Washington-Saratoga-Warren-Hamilton-Essex (WSWHE). DeMallie, 49, has been the principal of Gloversville High School since 2008.

“It’s bittersweet to leave because I’ve shared so much with the people of Gloversville,” DeMallie said Monday. “But as a driven person who wants to be a role model for kids, everyone should have life goals and one of my life goals was to lead a district. I’m so excited about this opportunity.

DeMallie started at Gloversville as a physical education teacher in 2001. In 2005, he moved into administration, serving first as high school vice principal before being promoted in 2008.

Gloversville Schools Superintendent David Halloran said DeMallie would not be easy to replace.

“Rich [DeMallie] did a lot of things well for the district during his tenure,” Halloran said. “He’s very present at events, he works hard and is a household name for many families in Gloversville. Whenever you lose such an experienced member of the administrative team, it will be difficult to find someone to take over.

Once DeMallie officially submits his resignation, which is expected by the end of the week, the Gloversville District will post the primary position and convene a hiring committee, Halloran said.

“There are no preconceptions about who the selected candidate will be,” Halloran said.

Gloversville’s longstanding issues with truancy and low graduation rates present a good challenge for the next high school principal, Halloran said. Gloversville is a “target district” with a 68% 4-year graduation rate, according to the New York State Department of Education.

“There’s plenty of room for growth, and for any education leader who wants to test their mettle in this region, it’s a great opportunity,” Halloran said.

“The Fort Edward Union Free School District School Board conducted an extensive search for a new superintendent, involving stakeholders at every step,” Dexter said in a statement. “The best interests of the students were at the forefront of all their decisions and allowed the board to choose the candidate who best corresponded to their ideals.”

DeMallie holds an Associate’s degree in Liberal Arts and Science with a major in Physical Education from Fulton Montgomery Community College, a Bachelor of Science in Education from State University of New York at Cortland, a Master of Science in Educational Administration from the College of St Rose and a Ph.D. in Educational Leadership from Sage College at Albany. He holds NYS certifications in Physical Education, School Administrator/Supervisor, School District Leader, and NYS Council of School Superintendents Future Superintendent’s Academy, according to the news release.

He began his career in education in 1996, dividing his time between teaching physical education and serving as a school suspended teacher for the Scotia-Glenville Central School District.

“I hope people find that I was loyal and cared about every kid that walked through the halls of high school,” he said. “I just want people to know that I wanted the best for every kid here.”