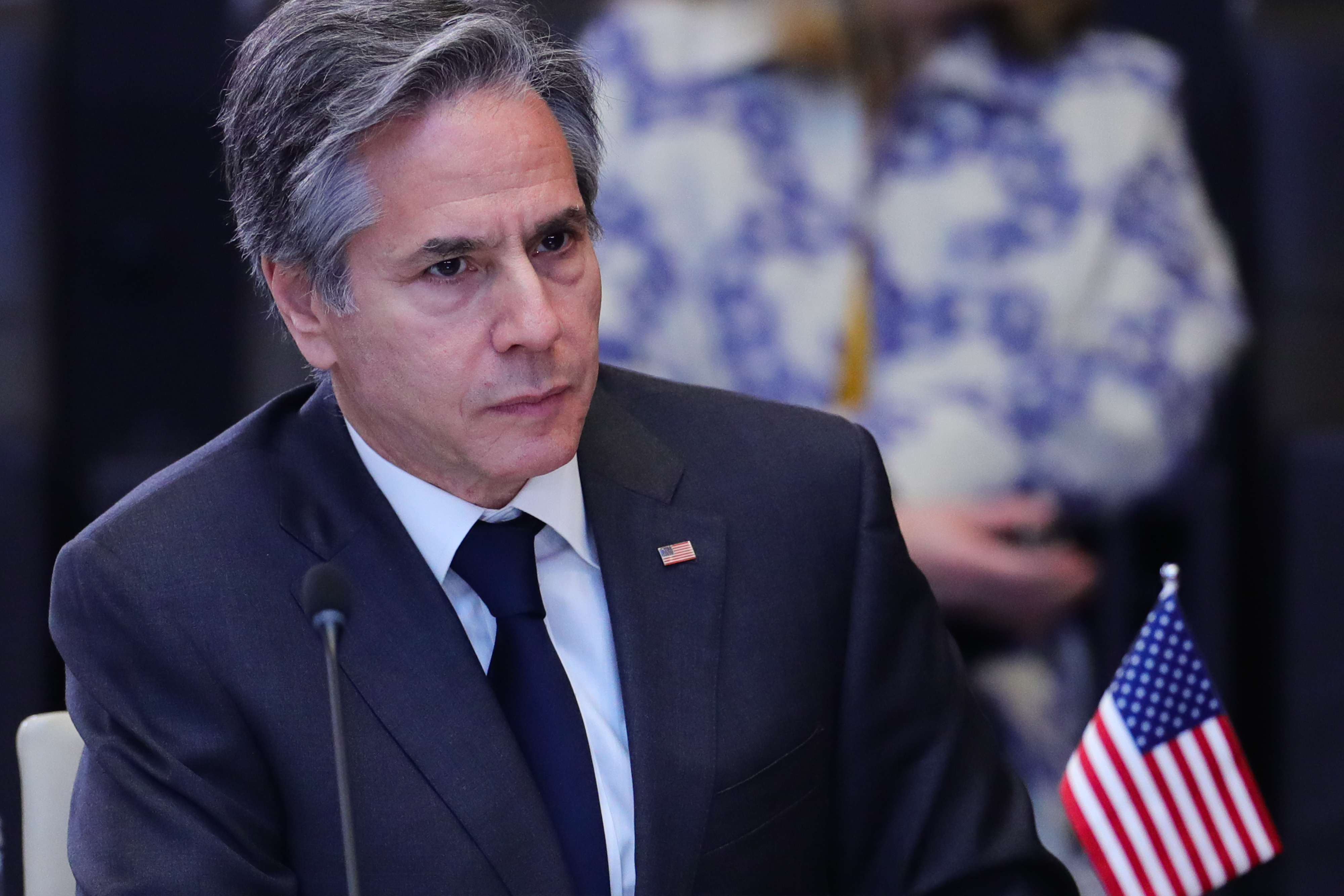 In light of US President Biden’s recent remark that the US would militarily defend Taiwan if Taiwan encountered a mainland “invasion” and despite US Secretary of State Anthony Blinken’s assertion that the US does not want to have conflicts or cold war with the people of the Republic of China (PRC), all signs point to an impending new cold war in East Asia for several reasons.

First, Biden’s remark on US policy towards Taiwan shifted the US position from strategic ambiguity to strategic clarity, trying to send the message that the US is determined to use deterrence to minimize the ‘threat’. PRC military against Taiwan. However, the question of whether such a deterrence strategy will work rests on three assumptions. The first assumption is that the People’s Liberation Army (PLA) would not be militarily dominant over the Taiwanese military – an assumption that is debatable given the rapid advancement of the PLA’s weaponry and capabilities, even if it can be said that the PLA’s capability remains untested after three decades of peace. The second hypothesis is that the Taiwanese military has the ability to deter the “threat” of the PLA. Since military accidents happen constantly in Taiwan, and the Taiwanese military has not seen any conflicts since the 1960s, it is very doubtful that the Taiwanese military will be able to defend Taiwan. The third assumption is that the US military capability is and will be superior to the Chinese PLA, thus playing the most important deterrent role in any cross-Strait conflict. Of course, the deterrent capability of the United States is far greater than the military capability of Taiwan.

Second, the ideological connotations of the US and Chinese leaders are worrisome for peace in East Asia, as bullhorn diplomacy has been demonstrated by both sides in recent years. While Blinken emphasizes that the United States does not want conflict, his speech at George Washington University on May 26 had one thing in common with his predecessor Mike Pompeo at the Nixon Library on July 23, 2020 – both attached immense importance to the ideology and political culture of classical liberalism which cherishes the universal value of human rights. Judging by recent PRC government documents on democracy and human rights, China and the United States remain very different in their dominant ideologies and elite political cultures. It is the clash between the American value of liberalism and the Chinese value of paternalism that propels East Asia onto the path of a new Cold War.

Third, while the United States perceives China as a real military threat, including Chinese military activities in the South China Sea and the PLA’s military “threat” in Taiwan, the PRC sees the United States as a hegemonic power imposing its values ​​of democracy and humanity. not only on China but also on the developing world. The American perception of the Chinese threat is intimately linked to the Chinese perception of American hegemony in the world, including in East Asia where North Korea, China and Russia stand on one side and where the United States, South Korea, Japan and Taiwan stand on the other. side. The emergence and activity of the Quadrilateral Security Dialogue (QUAD) made up of Australia, India, Japan and the United States is deepening this shadow of a new Cold War. Another political bloc perceived by China as a divisive intelligence organization is the Five Eyes, which includes Australia, Canada, New Zealand, the United Kingdom and the United States. The recent warming of relations between the PRC and the Solomon Islands has already raised alarm bells for Australia, which has traditionally considered the Pacific Ocean islands to be within its sphere of influence. The PLA’s military installation in some islands in the South China Sea has worsened the image of the Chinese threat to US-led political blocs in East Asia, especially as sovereignty of these islands has remained a bone of contention. If the perception of China’s military threats is “real” in the eyes of the United States and its allies, the threat of a new Cold War is inevitable.

Fourth, the emergence of the Russian-Ukrainian war has worsened the international relations of East Asian states. It is tempting for the US to compare Ukraine to Taiwan, but such a comparison is misleading and “wrong” from a PRC perspective, because in the first place, Taiwan has traditionally been part of mainland China. More importantly, comparatists who associate Ukraine with Taiwan have ignored the fact that Ukraine has failed to function as a buffer state between Russia and the North Atlantic Treaty Organization (NATO). By joining NATO, Ukraine posed a real military “threat” to highly nationalist Russian leader Putin, who viewed Ukraine as historically part of Russian territory. Taiwan, however, has not been a buffer between mainland China and US-led allies. Yet if the United States were to attempt to turn Taiwan into a full protectorate, as President Biden revealed of American determination to defend Taiwan in the event of a mainland “invasion” of the island, the prospects for conflict Beijing-Taipei military would be increased. In particular, if the PRC has a timetable to seek reunification with Taiwan, and if the mainland cannot wait too long for Taiwan to join the PRC politically, patience would run out and a sudden conflict between the mainland and the island would become a realistic scenario. possibility, especially if the pro-reunification Kuomintang (KMT or nationalist party) in Taiwan might fail to win the presidential election in 2024.

Fifthly, what is worrying about Beijing-Taipei relations is that the Democratic Progressive Party (DPP) in Taiwan has never accepted the 1992 consensus reached by the Chinese Communist Party (CCP) and the KMT – a position understandable since the DPP was not involved in the discussion. However, if the DPP is too explicitly pro-American and too politically provocative without any gesture to engage with the mainland, Beijing’s patience over Taiwan could eventually run out. A smarter strategy adopted by the DPP is to design a policy of engagement and dialogue with mainland China. Otherwise, a confrontational strategy adopted by the DPP worsens relations between Taiwan and the PRC, especially if the United States fails to contain the DPP’s radicalism and does not encourage the DPP elites to talk to the CCP. at least on matters of economic policy. and human interactions, including trade, tourist visits from both sides of the Taiwan Strait, and the acceleration of student and cultural exchanges.

If the prospects of conflict in East Asia, particularly between Beijing and Taipei, were real, what forms of conflict would erupt? The most likely scenario is military crashes in which mainland military aircraft clash with their Taiwanese counterparts. The second scenario is a surprise Mainland Army “invasion” of Taiwan via the paralysis of Taiwanese military sites followed by a rapid amphibious landing. The third scenario is an economic blockade which, however, would lead to a much longer duration and firmer resistance from the Taiwanese people. Other scenarios include a sudden dispatch of mainland commandos to capture Taiwan’s strategic location and political leaders, followed by the landing of PLA personnel to “liberate” the island quickly. In all of these scenarios, military conflicts would be highly likely, although the economic blockade of Taiwan would likely lead to tension rather than military conflict.

The crux of the matter is how to minimize conflict, reduce bullhorn diplomacy, and bring about peaceful dialogue and negotiation. Taiwan mainland policymakers can adopt a step-by-step policy in which the first step emphasizes economic and human interaction, the second step emphasizes economic integration between Taiwan and Fujian, and the third step emphasizes negotiations. detailed. On the other hand, US policymakers should consider wooing DPP leaders to adopt a policy of engagement and dialogue rather than confrontation toward the PRC. In addition, the US government should rely on secret envoys or emissaries to mediate between the strained relations between the US and the PRC. The United States should contain the radical elements in Taiwan and prevent them from pushing a scenario of military conflict with the mainland. Finally, KMT leaders and elites can and should serve as intermediaries to establish a dialogue between the CCP and the regime in power in Taiwan. Multiple channels of dialogue and communication must be utilized, maximized, and explored if the United States is to foster “peaceful reunification” between mainland China and Taiwan.

In conclusion, recent developments in East Asia have intensified relations between the United States and China on the one hand, and between Mainland China and Taiwan on the other. The US government changed its strategic ambiguity to strategic clarity on Taiwan, believing that an explicit gesture of deterrence would prevent the PLA from “invading” Taiwan. Yet deterrence can spur a tougher PRC stance on Taiwan, especially if Taiwan’s ruling party adopts a persistent tactic of delaying dialogue, communication and engagement with the mainland. A wise policy adopted by the United States is to pressure the ruling party in Taiwan to enter into discussions with mainland authorities on all aspects of economic, educational, cultural and human interactions, after which a dialogue on economic integration between Taiwan and Fujian can be explored. Otherwise, continued bullhorn diplomacy and mutual perceptions of “real military threats” would likely propel cross-Strait relations into a potentially military showdown in years to come, especially years after the DPP would likely win the election again. presidential election in early 2024.