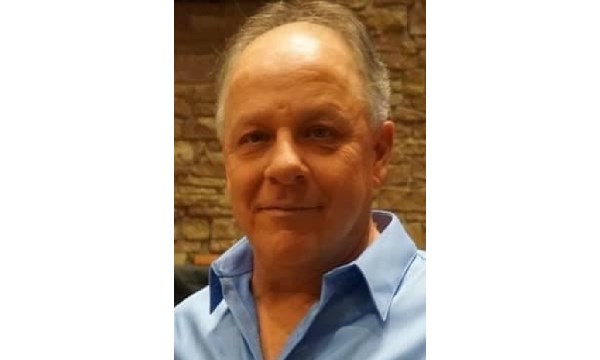 Jon Douglas Hohnholt, 62, died on November 22, 2021 at his home, with his wife by his side who lovingly cared for him throughout his courageous eight-month battle with pancreatic cancer. He was born on May 20, 1959 in Fort Morgan, Colorado, to his wonderful mother, Norma Hohnholt, and his father, Bert Hohnholt. He grew up in Broomfield, Colorado, where he spent his childhood playing with his siblings and neighborhood kids in the backyard or on the baseball field in front of his home. The family moved to Wauneta where Jon attended high school. He played many sports and made special memories with some of his longtime friends during this time. Jon had a tough streak that got his mom to know her high school principal very well. He graduated in 1977, then moved to Kearney and attended Kearney State College for a year. On March 10, 1979, Jon married Jerlyn Gage, whom he always gently referred to as his “old lady”. They lived in Kearney for a year and during that time they had their first daughter, Jessica. The family moved to Maxwell in 1980, where their second daughter, Melissa, was born, then moved to North Platte in 1990. Jon had a love for southern rock music, and because of this he named his two daughters based on songs from one of his favorite bands, The Allman Brothers. He loved to build and create beautiful structures, and until the time of his death he recorded and watched house building shows where he studied new and different ways of doing things. He worked for 84 Lumber and Kildare Lumber before branching out and starting a construction business with partners, which eventually became Sunset Construction. He built quality homes and developed wonderful relationships until the spring of 2021, when his illness forced him into early retirement. Jon loved life. He liked to play trivia games and cards with his family, he liked to watch all sports, play golf and keep statistics of all his teams. He was a longtime Denver Broncos fan and loved all Colorado sports. He looked forward to the Family Fantasy Football League every year, where he was very competitive with his grandsons. He loved to travel with his wife where the main goal was to find the best restaurants. He loved his family’s dogs and tolerated cats. Jon’s greatest joys were spending time with his two grandsons, Miles and Brady, and he always made them laugh. His death was preceded by his stepfather, Ivan Denker; grandparents, Charlie and Clara McBride and Everett and Edith Hohnholt; and mother and stepfather, Keith and Mary Gage. Jon leaves behind his 42-year-old wife, Jerlyn of North Platte; daughters, Jessica (Sam) Tedore of Omaha and Melissa (Tyler) Palacios of North Platte; grandsons, Miles Palacios and Brady Tedore; his mother, Norma Denker of North Platte; brother, Dennis (Judy) Hohnholt of Strasbourg, Colorado; sister, Judi Starnes of Denver; brother, Jim (Denise) Hohnholt of North Platte; sister-in-law, Cherie (Chris) Wallace of McCook; brothers-in-law, Jim (Cindy) Gage of Longmont, Colorado, and Mike (Julie) Gage of North Platte; her little dog, Bucky; and several nieces, nephews, friends and neighbors. All this he loved and touched them deeply. Memorials are suggested at the Callahan Cancer Center or the Gift of Hope Cancer Foundation. Services will be held at 4:30 p.m. on Tuesday, November 30 at the First United Methodist Church with the Reverend Dr. Douglas Delp as officiant. Casual or sporty attire is requested, no Chiefs or Raiders attire. The service will be streamed live via the Adams & Swanson Funeral Home Facebook page for those unable to attend. The memorial book can be signed from 9 a.m. to 7 p.m. in the presence of family from 5 p.m. to 7 p.m. on Monday, November 29 at Adams & Swanson Funeral Home, which takes care of the arrangements.