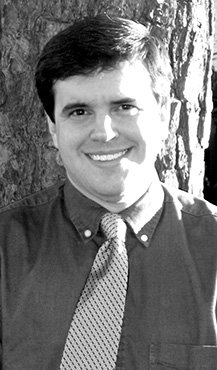 Minute of history: The rise and fall of Boudinot

Elias Cornelius Boudinot was born in the chaos of the fall of the Southeastern tribes and in the infighting of Cherokee politics.

His father was a Cherokee chief and his mother was a white Connecticut woman, and he reached remarkable heights at a time when his Native American heritage was shunned by so many. In his later years, that promise would crumble.

Boudinot was born in August 1835 in the Cherokee capital of New Echota in Georgia. It was a time of great upheaval among the Cherokee people as they faced forced eviction from their lands. His father, also named Elias, had been a prominent leader of the Cherokee nation, even publishing the first Cherokee language newspaper.

In 1839, his father was assassinated by a number of his fellow Cherokees for signing the treaty. His uncle, Stand Waite, survived the assassination attempt and would later become the main Cherokee leader during the Civil War. Boudinot and his siblings were quickly sent to live with his mother’s family in Connecticut to avoid further violence.

He eventually studied engineering at a small academy in Vermont as a teenager before deciding to return to the area in 1853. Now 18, he settled in Fayetteville, Arkansas, not far from the land. Cherokee.

In 1856 he had become a lawyer. In a first case, he cleared Stand Waite of a murder charge.

Eventually, Boudinot became the first Native American allowed to try a case as a lawyer before the Supreme Court of the United States. In 1859, he was elected to Fayetteville City Council and co-founded a newspaper, The Arkansian.

Boudinot joined the secessionists in 1861, following many other prominent Arkansans. He was appointed secretary of the secession convention and became editor of a Little Rock newspaper, the Little Rock True Democrat, as he championed the goals of secession.

After Arkansas withdrew from the Union, he worked with Waite and prominent lawyer Albert Pike to persuade the Cherokees to side with the Confederacy in a new treaty in 1862. Most Cherokees sided with side of Confederation, ironically side of many of the same politicians. who had requested their return to Indian territory years earlier.

Many Cherokees fought in war, often as horsemen. Boudinot will eventually become the Cherokee delegate to the Confederate Congress in Richmond. He would also become a lieutenant colonel during the war, serving at Pea Ridge in March 1862 and assisting General Thomas Hindman at the Battle of Prairie Grove in December.

After the Civil War, he was part of the Cherokee delegation to Congress in Washington, DC, as he worked to heal deep divisions among the Cherokees. He continued to work as a lawyer and after 1868 became a lobbyist for the railways. Boudinot demanded that Native Americans obtain American citizenship in order to be protected by law, but his appeal was not heard until 1924.

Nonetheless, as a lobbyist and in his public speeches, he has increasingly called for more federal land for railways and for railroads through tribal lands. He founded the town of Vinita in what is now northeast Oklahoma in 1870, which would also become a major railway junction.

In 1874 he became the private secretary to United States Representative Thomas M. Gunter de Fayetteville, a Confederate veteran, as he ascended to Congress. He held this post competently until Gunter stepped down in 1883. Impressed with his work for Gunter, US Senator James D. Walker then hired Boudinot as his secretary.

In the post-Civil War years, he became consumed by his own greed and ambition. He played in long-standing prejudices against Native Americans in order to pursue his own gains with railroads and other political goals. He traveled across the country on lecture tours, often espousing the breakup of tribes and opening up reserve land for agriculture.

In 1879 he wrote in an open letter that the open lands of Indian Territory should be opened for settlement, including the Cherokee lands. The tribes were not using all of their land, he said, and that meant seizing the land allotted to them by federal treaties. His comments spearheaded an effort to strip reserve lands from tribes in favor of new settlers. And the railways pushed to be given more of that land to build new roads and rent or sell the excess.

This would lead to the seizure of hundreds of thousands of acres of tribal land with the Oklahoma Land Rush of 1889.

When Grover Cleveland became president in 1885, he hoped to be appointed Commissioner of Indian Affairs in the new administration, but he was ignored. He married in 1885 and settled in Fort Smith. He gradually moved away from the cause of the tribes, although he was widely applauded in many circles for his positions.

Dr. Ken Bridges is Professor of History and Geography at South Arkansas Community College in El Dorado and Resident Historian at the South Arkansas Historical Preservation Society. Bridges can be contacted by email at [emailÂ protected] southark.edu.