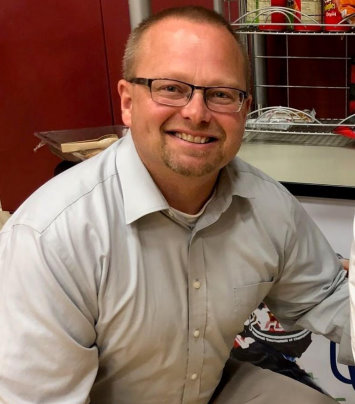 The Buffalo RE-4J School Board has selected three finalists for the position of superintendent and one of them is a familiar face.

After an executive session Monday night to review nominees, the board announced Lonnie Brungardt, Jeff Bollinger and Jason Frasco as finalists to replace Rob Sanders, who has accepted a superintendent position for the Morgan County School District.

Brungardt has been the principal of Merino Junior/Senior High School since July 2007. Born and raised in Hays, Kansas, he graduated from Fort Hays State University with a bachelor’s degree in commerce and a master’s degree in educational administration. Having served in education for 27 years, Brungardt believes that his responsibility for the success of his building, his district, his students and his staff is his highest calling.

Throughout his career, Brungardt has held a variety of educational roles including CTO, athletic director, business/IT teacher, coach, assistant manager, and now manager. Brungardt also served 21 years in the Kansas National Guard and is now a retired captain. He continues to assist his fellow veterans as an active member of the Post/District/State Foreign Wars Veterans. He is married to Heather and they have two sons, Trace and Tayson.

Bollinger has served as a superintendent for the past 10 years and currently has established his professional residence in the Wiley School District. He has worked in the field of education for over 20 years and has held several positions including superintendent, principal, coach and teacher. Bollinger earned his bachelor’s degree from Mesa State College, his MBA from the University of Phoenix, and is currently working on his doctorate at Touro University.

Bollinger has eight children, several grandchildren, and has lived in California, North Dakota, and most recently Kansas. He has received several awards, including the most recent Kansas Commissioners Award. He has always had the idea of ​​creating the best possible education for the students in his care and looks forward to a similar opportunity in the Buffalo School District.

Frasco is in his 16and year as a building leader and its 24and year as a K-12 teacher. He has been principal of Fort Morgan Secondary School since 2013. Prior to his current role, Frasco was principal of Baker Elementary School in Fort Morgan. Additionally, his career has included time as an assistant manager, athletic director, teacher, and coach. Frasco finds its greatest purpose in leading and developing others to work collaboratively for the benefit of students.

Frasco earned his bachelor’s degree from the University of Northern Colorado, Greeley, and a master’s degree from Adams State College, Alamosa. He enjoys contributing to his community outside of work hours where he serves on the Morgan County Fair Board and the Fort Morgan Rotary Club. He grew up in northeastern Colorado and is the son of a farming and ranching family. Frasco and his wife, Linda, live in Fort Morgan with their two daughters, Whitney and Tessa.

The community will have the chance to meet each of the finalists during a meeting with the superintendents scheduled for Monday, April 18, from 4 to 6 p.m., in the small gymnasium of the secondary school. Interviews with candidates will take place the following day.