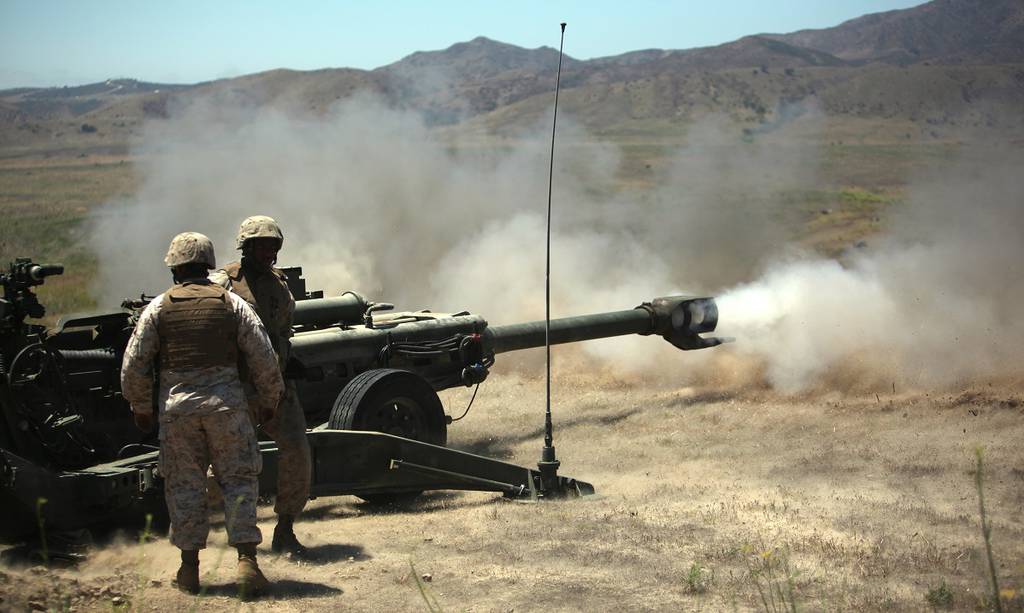 The Marine Corps appears to have misplaced artillery projectiles on Camp Pendleton, Calif.

On October 19, at Camp Pendleton, Calif., Officials received two reports of unexploded ordnance in Area 43 of the base, commonly referred to as Las Pulgas, the task and purpose were first reported.

Las Pulgas is home to the 11th Marine Regiment, an artillery unit made up of several batteries that fire 155mm shells.

The Marine Corps did not say what type of shell was discovered.

If this was the high explosive shell often distributed to howitzer batteries for training exercises, the projectile could have contained around 24 pounds of TNT.

Although the Corps did not specify what type of projectiles were found, Mancilla said both shells were found to be non-explosive.

The 155mm non-explosive projectiles used by Marine Corps artillery include flare shells and smoke shells based on white phosphorus.

The two shells were disposed of in a “separate and safe” location, Mancilla added.

The 11th Marine Regiment launched an investigation, reported the task and objective.

This is not the first time that 155mm shells have been unexpectedly discovered.

In 2015, road workers near Fort Bragg, North Carolina, discovered four 155mm rounds, estimated to be 10 or 20 years old at the time, the Army Times previously reported.

And in 2018, a soldier confessed to stealing a 155mm M107 explosive projectile years before, Task and Purpose reported.

Although the 155mm projectiles weigh around 100 pounds, at around 2.5 feet tall, without a fuse, they can fit into an enhanced carrier equipment pack released by the Marine Corps.