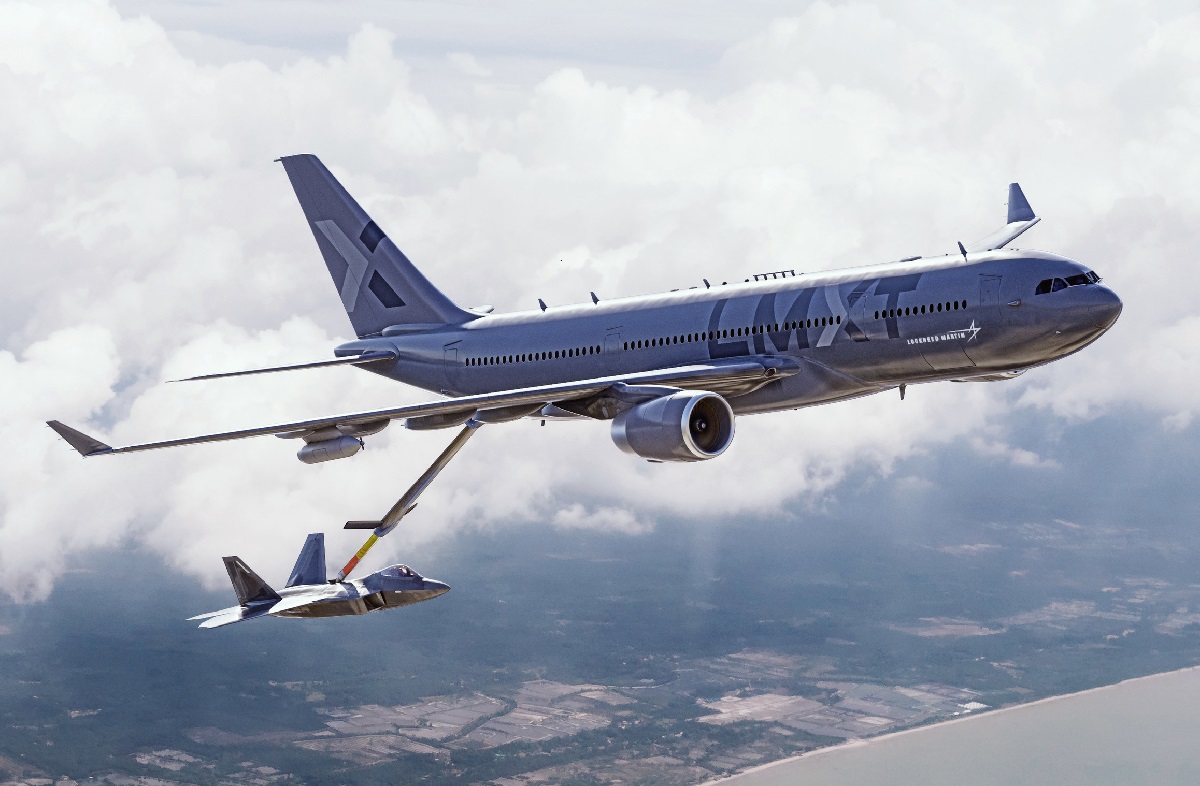 LMXT: The future of the US Air Force and a nightmare for China?

Harry J. Kazianis, Senior Director at the Center for the National Interest and Editor-in-Chief of the National interest, spoke with Ken Moss, LMXT Capture Manager at Lockheed Martin, about the new LMXT program. Here’s a slightly edited version of the conversation:

Q1: LMXT appears to be very focused on providing long range air refueling capability. Obviously, this would help considerably in a potential kinetic conflict with a certain emerging nation-state in Asia. How much has the Indo-Pacific been thought of in regards to LMXT?

Reply: US Air Force officials identified specific scenarios that required increased remote fuel offloading. Lockheed Martin has evaluated the LMXT in Europe, Africa, the Middle East and the Pacific. The stressors of the Pacific theater scenarios, namely extreme distances and limited bases, best demonstrated the benefits LMXT offered to the US Air Force. The challenges of the Pacific theater have highlighted the main â€œdiscriminatorsâ€ of LMXT that leaders and planners understand and consider critical to future operations.

Q2: What are the main means by which LMXT could support an air attack launched by an aircraft carrier at great distances off an enemy coast? How could he support a massive sea attack or an amphibious assault?

Reply: One of the benefits of the LMXT Superior Fuel Load is the flexibility it offers operational planners in all departments, not just the US Air Force. For example, it is easy to imagine that the important capabilities of LMXT are exploited by a Carrier Task Force (CTF). First, due to the range and unloading of the LMXT, it could be based at significant safety distances while supporting the CTF, providing the necessary fuel and remaining in the area to serve as a communication node during operations. Increased fuel availability would provide more planes with the legs needed to enter combat and allow those planes to carry heavier ammo loads in certain scenarios. The proposed LMXT communications capabilities will also provide increased resilience to the Task Force command and control network. The ability to provide secure communications in a contested environment will be a critical capability in any combat scenario.

The proposed JADC2 suite provides options for an additional mobile C2 of air assets, possibly in support of a maritime or amphibious assault. An LMXT could serve as a mobile ISR mothership, supplying and supporting a fleet of ISR drones while actively controlling these resources on demand to meet the commander’s real-time demands. Using secure communications, the LMXT would transmit this information to the necessary combat unit. Coupling the JADC2 suite with the persistence and offloading capabilities of LMXT opens up many possible new ways to support maritime combat operations.

Q3: As an emerging aircraft aligned with existing commercial technologies, but very effective, in what ways can it be strengthened for military operations?

Reply: The LMXT will be based on the Multi-Role Tanker / Transport (MRTT) which is already a military aircraft. The MRTT has been “beefed up” to meet the standards of many allies around the world, including NATO partners. The LMXT will be combat ready from day one and equipped to meet or exceed all Air Force requirements.

Q4: Could LMXT be multi-mission as it could contribute or participate as a â€œnodeâ€ within a larger JADC2 force build? A node of command and control? Could the LMXT refuel an unmanned platform in the future if it needed to?

Reply: The LMXT is designed as an additional C2 node for commanders, mobile, secure and resilient. This reassures the commander and provides redundancy for other potentially vulnerable systems. When it comes to refueling, the LMXT will use the same technology as the MRTT, which has been shown to be able to refuel any aircraft with a standard Universal Air Refueling System (UARSSI) installation or probe-type receiver and drug. In fact, the JADC2 suite and the offloading capability of LMXT may make it an ideal candidate to provide C2 from multiple UASs in support of a combat commander.

This ability to act as a “mother ship” for UAS is enhanced by LMXT’s planned Automatic Air-to-Air Refueling (A3R), which provides an important technological backbone for building systems to efficiently refuel UAS constellations. . The coupling of the A3R and the on-board C2 opens up a multitude of possibilities for employing UAS to accelerate the combat decision cycle and obtain an operational advantage.

Q5: What are some of the lesser known aerial platforms that LMXT might support in the air in terms of drones or surveillance aircraft or other fixed-wing combat aircraft? Is it designed to accommodate the kind of technical standards that are adjustable so that it can add new platforms as they arrive?

Reply: The LMXT is a high performance in-flight refueler and should be able to refuel any aircraft with standard equipment (UARSSI or probe). The LMXT was also designed with future capabilities in mind. While air-to-air refueling must meet strict technical standards and guidelines, there is room for further mission growth on the LMXT to accommodate technological advancements that are not currently ready to be installed on the LMXT. airplane. The LMXT is designed to meet today’s national security interests and evolve to meet future demands.

Q6: From a pure fueling point of view … how is its increased efficiency achieved?

Reply: Air Force officials and operators told Lockheed Martin their main concern was the ability to unload a significant amount of fuel from a distance. At the same time, we have adapted other aspects of the aircraft to meet the needs of Air Mobility Command and TRANSCOM without adding excessive weight. For example, the LMXT exploits a large flexible mission area, which can be changed in the future, rather than permanently installing hundreds of rarely used passenger seats or adding a cargo floor and door that reduce the load. unloading fuel for a mission rarely piloted by tankers.

Q7: Are there any attributes that could contribute to LMXT’s ability to survive in a contested environment? Will it have the combat flight radius to reach distant planes?

Reply: Although the US Air Force has not spelled out survival requirements for the KC-Y tanker, Lockheed Martin is building it to operate in a variety of contested environments. The first characteristic of survivability is enabled by its superior range and fuel transport: standoff. It will be able to remain effective in combat at great distances due to the massive amount of fuel it can efficiently transport. Second, it will need to stay informed of threats, using a combination of installed sensors and its network integration into the JADC2 network (via the JADC2 suite). Detecting a threat early before it puts LMXT at risk will allow it to operate safely and efficiently. Finally, LMXT could potentially take advantage of a range of potential active countermeasures to further improve survivability and expand employment options.

Q8: Will there be air-to-air command and control connectivity with LMXT and long range air assets to coordinate refueling missions? How many advanced fighter jets could the LMXT refuel?

Reply: The LMXT will be equipped for beyond line of sight (BLOS) communications as well as traditional line of sight (LOS) communications. This extended communications capability, combined with the JADC2 suite, will provide the combat commander with options for command and control of air assets and long-range air packages. Until a final decision is made on what equipment to install in the LMXT JADC2 suite, the limit on the number of aircraft to control will be unknown, although LMXT is not known to inherently limit the total capacity of the aircraft. coordination and communication. with planes.

No.1 Roff moves away from third place Fort Cobb-Broxton for a 3-peat | Sports