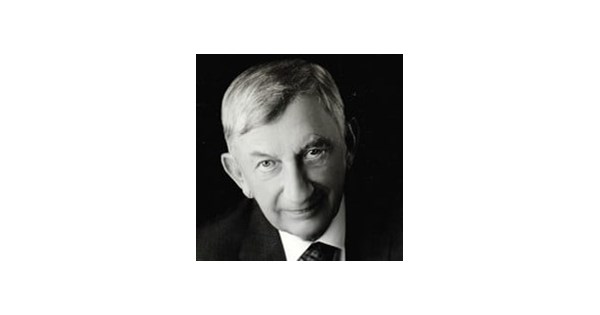 Kenneth Lee Hoffmann (75) of Mount Dora, FL passed away peacefully on February 5 surrounded by his family. Ken was born on April 4, 1946 in Springfield, Minnesota.
He graduated from Sanborn High School in Sanborn, MN in 1964 and received his bachelor’s degree from Minnesota State University in 1968. It was during this time that Ken met Gloria Kleist and the two were married at the Immanuel Lutheran Church in Mankato, MN. on December 14, 1968. They were blessed with two daughters. In 1984 the family moved to Florida to escape the harsh winters and, as Ken said, he loved living where the temperature was never colder than his age.
Ken began his career as an educator and coach in Waseca, MN and continued to use his passion for teaching at Field Enterprises where he recruited and trained sales personnel. Known for having a strong entrepreneurial spirit throughout his career, Ken has served as co-founder, CEO and director of a number of organizations including Energy Efficiency Systems, AHP Associates, LTL Corporation, The Goodprinter, The National Rural Electric Cooperative Association Consulting Group, Absolute Security Systems, ASI and AAFP. His most recent role was as co-founder and CEO of DynaFire, Inc., from which he retired in 2020.
During his career, Ken has won numerous business awards. The one he felt most honored with was being named the 2019 National Businessperson of the Year by the Small Business Council of America.
Ken had a strong work ethic, but between all the long hours and hard work, what he enjoyed most were the relationships he made. When he’s not serving his community, you can find him on the golf course or cheering on his favorite sports team (Go Knights!), hitting up the family cabin in North Georgia, or wearing his Grill Master title.
Those who knew him described him as a leader and mentor who valued service to others. Ken has held leadership positions in numerous non-profit organizations including The Sharing Center, Ali’s Hope Foundation, State of Florida Electrical Licensing Board, Alarm Association of Florida, Holy Cross Lutheran Church, Lord of Life Church, Lutheran Theological Seminary and the Jaycees.
Ken was guided by his faith and was an active member of Grace City Church. Ken’s favorite Bible verse was Romans 8:28 “And we know that in all things God works for the good of those who love him, who have been called according to his purpose.”
Ken was predeceased by his father, John Hoffmann and his mother, Hildegard Housgard, and by his brother Gary.
Ken is survived by his wife of 53 years, Gloria, his daughters Jolie (Chéri Miller) Hoffmann of Bloomington, IL and Amber Hoffmann of Atlanta, GA; his three brothers Ronald (Bev) Hoffmann of Fort Myers, FL; Leon (Elaine) Hoffmann of Prior Lake, MN; Randy (Kris) Hoffmann of Mankato, MN and four sisters Linda (Bob) Warner of Monticello, MN; Ramona (Bob) Zabel of Rochester, MN; Debra (Dick) Hanson of Fort Myers, Florida; and Anita (Dale) Yokiel, of Mankato, MN.
A Celebration of Life service is scheduled for March 5, 2022 at Grace City Church (Sorrento, FL) and will be followed by a gathering for friends and family (details pending).
In lieu of flowers, memorial contributions can be made to www.alishopefoundation.org or https://thesharingcenter.org, two organizations that were near and dear to Ken’s heart

Posted by Steverson, Hamlin & Hilbish Funerals and Cremations on February 10, 2022.