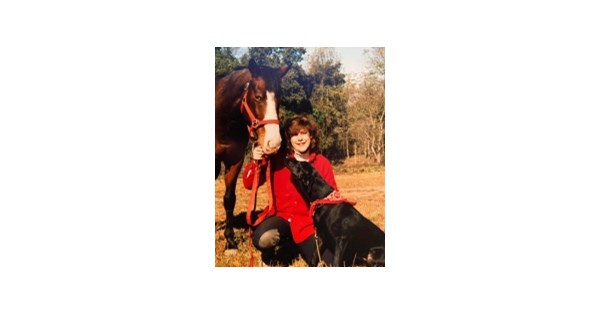 Katherine Moffatt Watson (“Katesy”), 58, of Charleston, SC, passed away peacefully at home Friday, January 7, 2022, surrounded by loving family and friends. Although her life was cut short, it was filled with wonderful experiences and remarkable achievements. A celebration of this life will be held at 11:00 a.m. on Saturday, January 22, 2022 at First (Scots) Presbyterian Church, 53 Meeting Street, Charleston, followed by a reception in the Community Hall. (The service will also be streamed live on the church’s website for those who wish to attend virtually. Simply click the live stream button at https://www.first-scots.org/)
Katesy was born on November 10, 1963 in Fort Ord, California, the daughter of Helen Linton Watson and Charles Wyly Watson. When she was less than six months old, she moved with her parents to Kassel, Germany, where she lived for three years and, among other things, learned some basic German skills. In 1968, the Watsons moved to Baltimore, and Katesy had the rare experience for an “army kid” to complete all six years of her elementary education at the same school. In this context, she demonstrated many of the qualities that would serve her well later in life, including her dedication to her studies, her warmth and concern for others, her gentle sense of humor, and her ability to write and to speak in public. . And she received a principal’s award at graduation that recognized her “gift from God to love and appreciate poetic art.”
When the family returned to Germany in 1975, she and her two sisters, Beth and Hallie, entered German public schools. She studied at Wilhelm Hausenstein Gymnasium in Munich for three years, then entered Ashley Hall School in Charleston, when the Watsons returned there in the fall of 1978. She graduated from Ashley Hall with the class of 1981 and went to Agnes Scott. College in Decatur, Georgia, where she earned a BA in history in 1985 and served as student body president.
After graduating from college, Katesy took a job with the Georgia Republican Party, which led to her posting soon after to Congressman Newt Gingrich’s Washington staff, where she served ably as a administrative assistant. She then held several positions on Capitol Hill, culminating in her selection as chief of staff to Representative Enid Greene of Utah, with whom she traveled extensively internationally, including on study trips to Australia. and in Taiwan.
In addition to her professional accomplishments, Katesy was a skilled horsewoman, and one of her greatest pleasures was galloping happily across the battlefield of Manassas, Northern Virginia, on the back of her magnificent mount,” Apache”, which she liked very much.
In late December 2001, while serving as vice president of the American Gas Association, she was diagnosed with brain cancer and underwent surgery in Charleston, followed by extensive radiation treatments. Upon her return to Washington, she was admitted to the NIH National Cancer Institute in Bethesda, Maryland, and bravely underwent a second craniotomy to remove additional cancerous tissue, followed by aggressive chemotherapy. After the end of her treatment, there was good reason to believe that she had beaten the cancer… which she had, in fact, against all odds. Then, several years later, in 2005, Katesy decided to return to Charleston to be closer to her family, and to take up an administrative position at the Hollings Cancer Center at the Medical University of South Carolina. Unfortunately, she suffered several serious falls afterwards, which eventually led to her gradual decline over a period of years, although the cancer never returned.
Our beloved Katesy is survived by her parents; his sister Elizabeth Watson Walker and brother-in-law Daniel Walker, of Bakersville, NC; his nephew Wyly Jefferson Walker of Asheburn, VA; and his sister Helen Linton Watson of Charleston.
In lieu of flowers, please consider making a contribution in Katesy’s honor to a local animal shelter of your choice.
To send flowers to the family or plant a tree in Katesy’s memory, please visit our Tribute Shop.