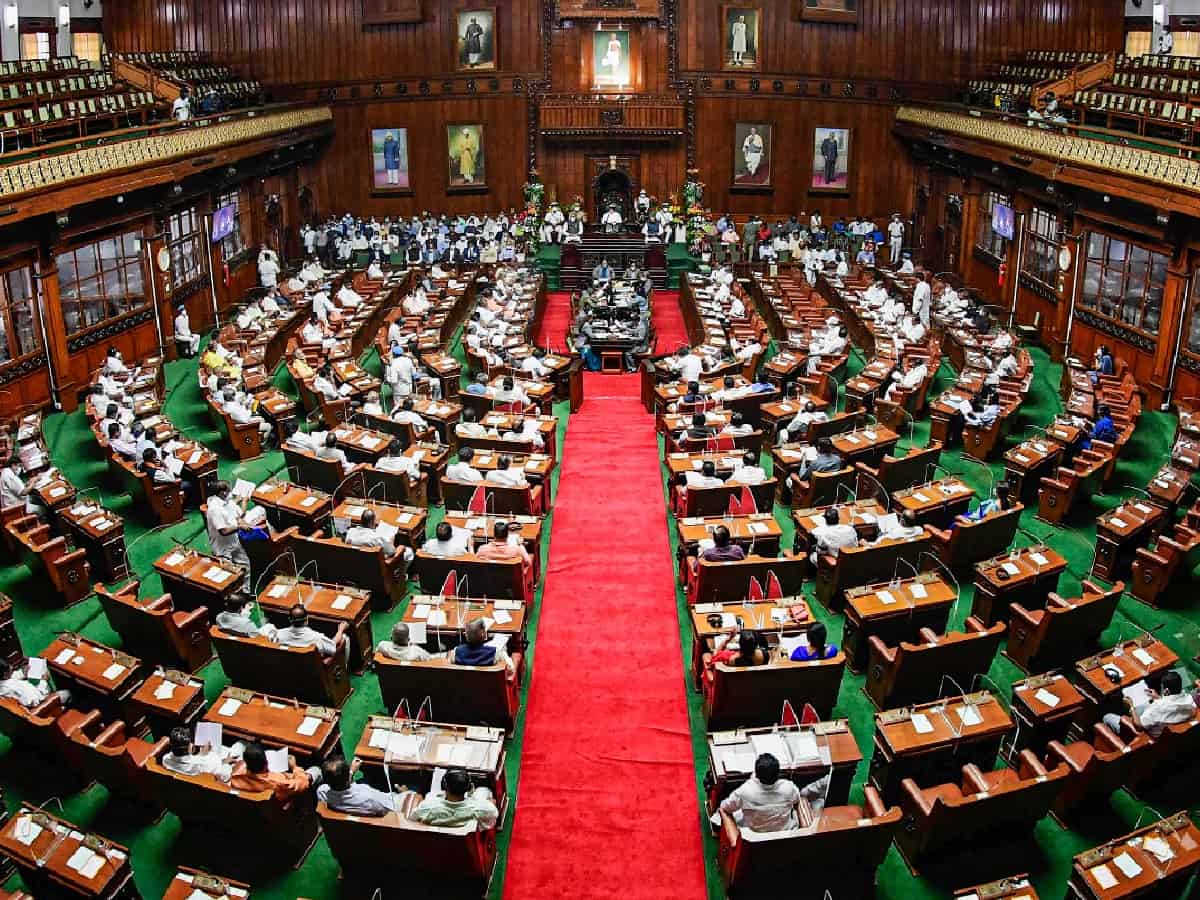 Bengaluru: Karnataka Congress lawmakers wore black headbands on Monday during the governor’s address to the joint session of the state legislature, protesting against the hijab line, blaming the BJP government’s role in it and the rejection of social reformer Narayana Guru’s painting during Republic Day parade in New Delhi.

The main opposition party in the state assembly has also demanded immediate action against Minister of Rural Development and Panchayat Raj KS Eshwarappa for his recent statement claiming that the ‘Bhagwa dhwaj’ (saffron flag) could become the flag nationwide in the future.

“We are protesting wearing a black headband because the issue of hijab is their creation (the BJP government), they are the ones who sent students (to colleges) with saffron shawls. We are not saying it, they admitted it, Eshwarappa (minister) admitted it,” opposition assembly leader Siddaramaiah said.

Speaking to reporters here, the former chief minister said the black group was also protesting the rejection of Narayana Guru’s painting during the Republic Day parade.

Also, demanding action and a criminal case against Eshwarappa for his statement that the saffron flag may fly at Red Fort instead of the national flag, in the future, Siddaramaiah said, patriots do not talk about such things.

He said his party wore a black headband during the governor’s speech in protest, as he alleged there was no law and order, and that government officials, including police , were also used for politics.

Shivakumar also asked Chief Minister Basavaraj Bommai and the Governor to dismiss Eshwarappa from the state cabinet and said a sedition case should be brought against him.