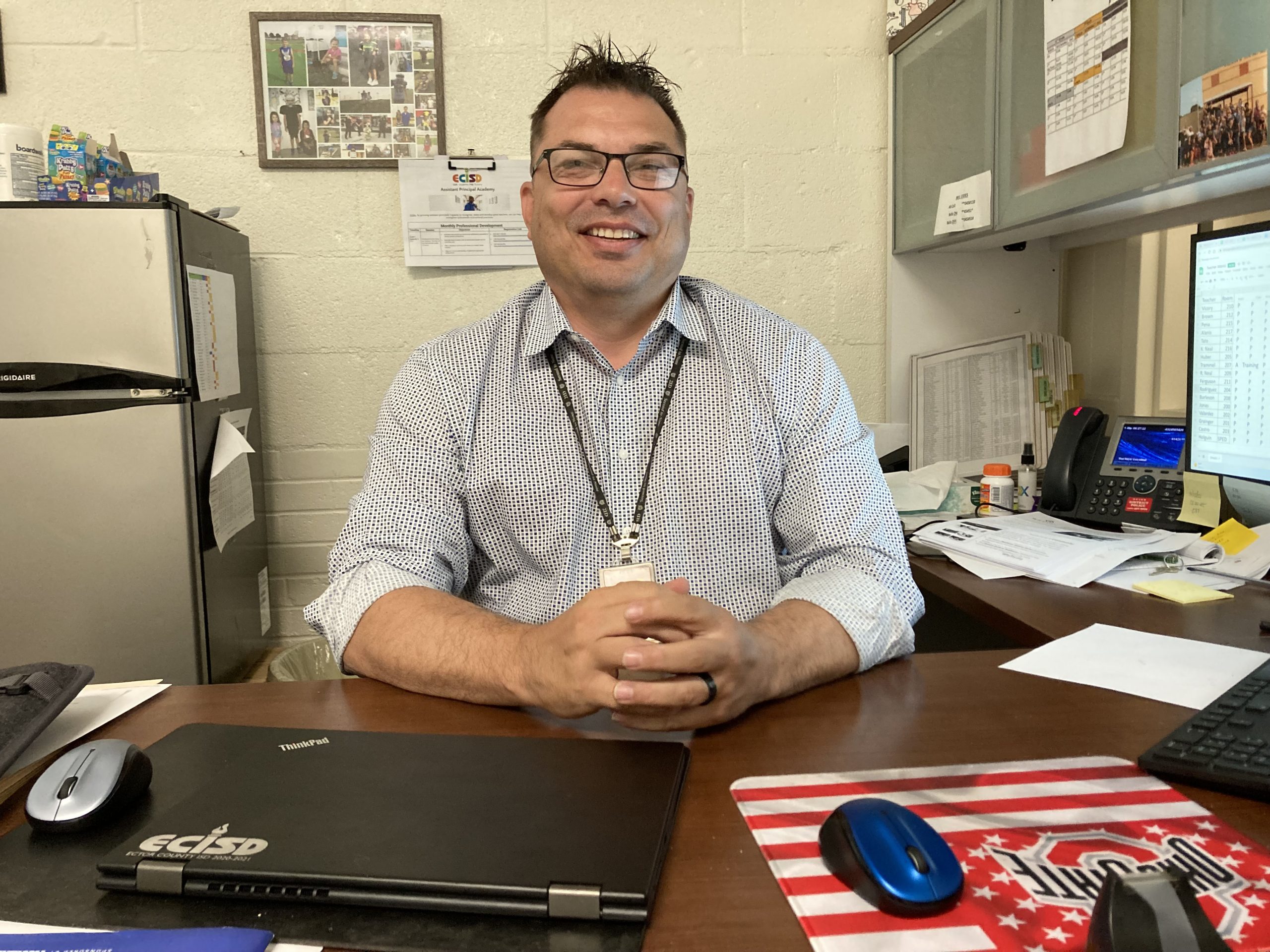 William Iker is delighted to have been chosen as the new director of Jordan Primary School.

Currently an assistant principal at Wilson & Young Medal of Honor Middle School, he has worked for ISD of Ector County for 10 years. Previously, he served in the US Army for 20 years, starting as a Sergeant First Class.

He and his wife, Raquel, have five children.

His wife was previously a special education teacher for eight years and now works for American Momentum Bank.

Iker earned his bachelor’s degree in history from Columbia College while in the military and his master’s degree in instructional leadership from the University of Texas Permian Basin.

Columbia College is in Columbia, Missouri. The Army partners with local colleges, so he was able to take classes at Fort Leonard Wood.

He started as a teacher/coach at Ector Middle School before it became a charter in the district.

During the first year or two of his military career, Iker said he was headed towards education.

“…From then on, I tried to orient my career towards instruction and being a military instructor and having those opportunities,” he said.

His father was in the army and his wife too. They got married in Hawaii.

Having spent his career in middle schools, Iker said he looked forward to becoming an elementary school principal.

“…It’s a change. It is an opportunity to grow. I’ve been in college my whole career, so there are these challenges of just learning what happens in elementary school, so I’m super excited to expand my horizons and my professional career,” Iker said.

His goals in Jordan will be to grow teachers so they can grow students, fill gaps, and bring parents back to school to help with their children’s education.

Jordan has around 800 students in kindergarten through fifth grade.

“Right now, I think it’s a C-rated campus. Our goal is to be an A-rated campus. … It should take three to four years to get there with incremental growth. We don’t rush anything, like overnight success. …,” Iker said.

He added that he was looking forward to starting the year and working with Jordan’s teachers.

“…I’ve heard nothing but good things about Barbara Jordan and the staff there and the family they have there. I just can’t wait to be a part of it and get in there and see where we can grow; see how I can help them grow. We can achieve those goals of becoming an A campus,” Iker said.

He added that he learned a lot at Wilson & Young and enjoyed working with the administrative team because they are so cohesive. The campus has approximately 1,250 students in grades six through eight.

“…It gives you the opportunity to focus on the things you want to grow on. And so just having this great administration team and then just having a school full of professional teachers is just amazing…” Iker said.

He added that it is difficult to find schools where the administrative team and teaching staff are so closely aligned and focused on what they are trying to accomplish.

“As a member of the community himself, he is passionate about expanding opportunities for parent engagement and ensuring students have an exceptional school experience,” Simpson said.

“He is a systems thinker and is very involved in all aspects of teaching and learning,” she added. “…He excels in designing and implementing needs-based systems.”

How Installment Loans Can Help Increase Buying Power According to Realtimecampaign.com