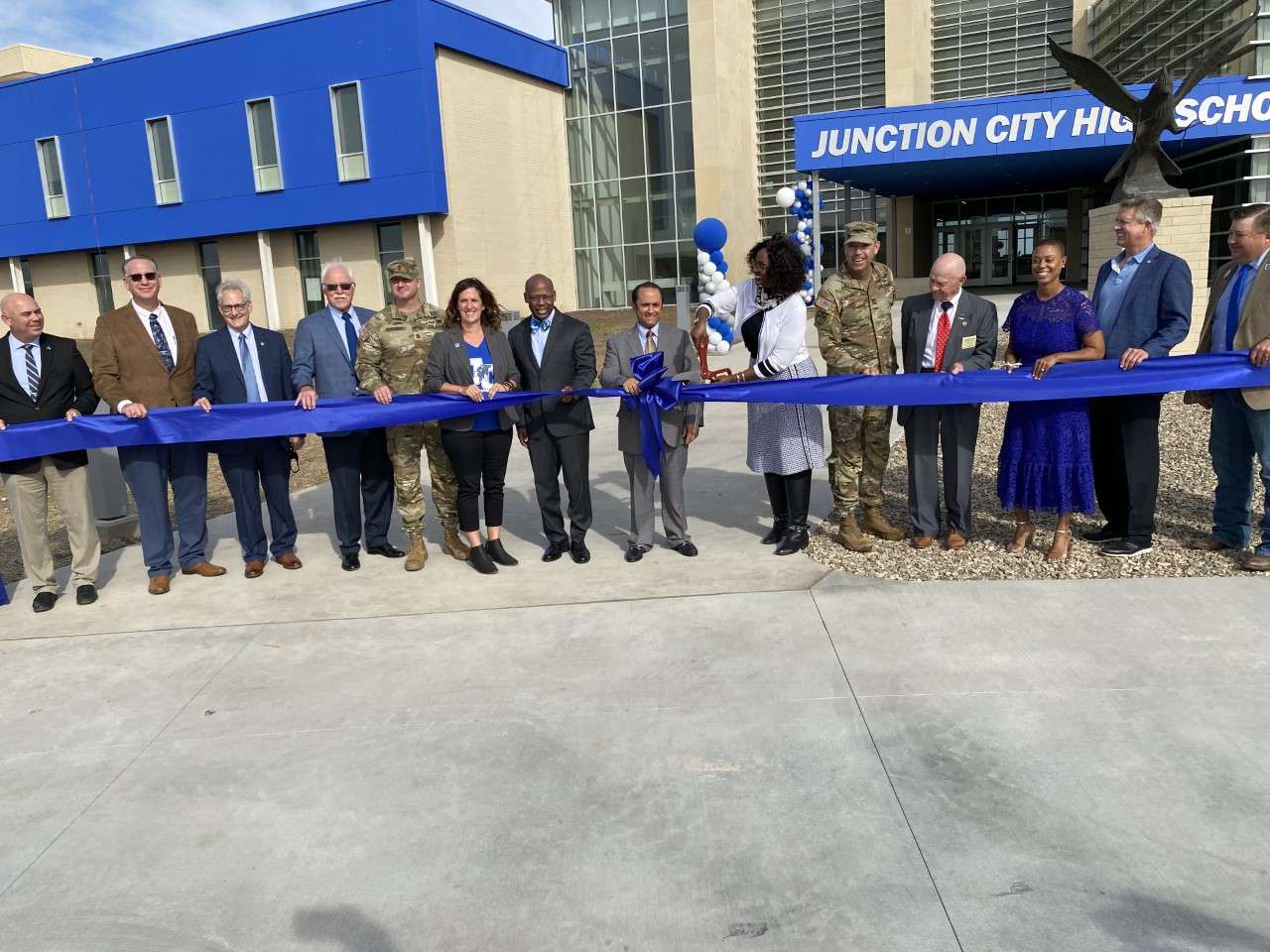 $ 475 unveiled Junction City’s sparkling new high school on Saturday during the ribbon cutting of the new 437,000-square-foot, $ 132 million facility. Community members were then able to tour the new building and see areas ranging from the new gymnasiums and multipurpose hall to classrooms, library and auditorium.

Fort Riley Garrison Commander Col. William McKannay called the new school the envy of any military facility in the Army. US Senator Roger Marshall called JCHS a flagship high school for the US military and noted that there was a desire for Fort Riley to be a destination of choice for military families.

USD 475 School Superintendent Dr Reginald Eggleston told the JC Post that Saturday was an emotional day for him. “Because so much work has been put into the development, so much meeting, so much conversation that surrounds it. Being able to be a part of the final part of the final product is such an exciting time.” Eggleston added that he was happy for the community, the students and all who contributed to the work that took place on the opening day.

JCHS principal Merrier Jackson told the audience attending the dedication ceremony that the students are the heart of the new school. “This building is symbolic of your commitment to students.”

Education Council Chairman Dr Anwar Khoury said the new JCHS is a flagship of Junction City, and highlighted the beauty of the building, the natural light flooding the facility and the technology available. The executive director of the Governor’s Military Council, Perry Wiggins, called the facility a gem.

Here are some additional photos of the new high school.