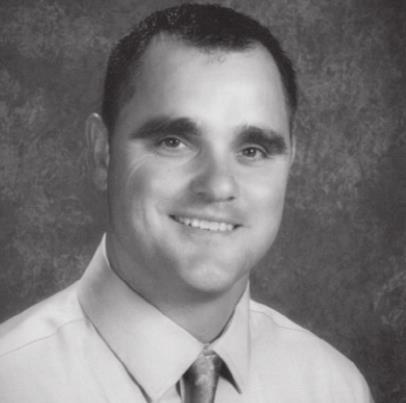 Pratt – Jason C. May, 54, died Sunday, March 27, 2022 at his home of natural causes. He was born on April 6, 1967 in El Dorado to Chester Leon May and Vicky Ann (Tjaden) Waldschmidt. Jason married Debora Sue (McManigal) May on July 17, 1993 in Hays, Kansas. They were married for 28 years. Jason graduated from Colby High School in 1985. He earned his associate’s degree from Colby Community College, a bachelor’s degree from Fort Hays State University, and his master’s degree from Northwestern Oklahoma State University. He has worked as a middle school science and math teacher, wrestling, football and golf coach and principal at Haskins Elementary and Southwest Elementary for Pratt USD 382 since 1995. He has won awards as an elementary school principal of the year and college coach of the year. He was a member of the First United Methodist Church, a former member of Kiwanis, and past president of the Kansas Association of Elementary School Principals. He loved music, especially U2, movies, non-fiction, a lifelong loyal Minnesota Vikings fan, being a greenback and announcing football games and other activities, being a dad and spending time with his family.

He is survived by his wife, Deb; children, Hayden (Arella) May of Pratt, Grant May of Lawrence and Grace May of Pratt; granddaughter, Wren May; sister, Crystal (Lea) Firestone of Wichita; brother, Brett May of Wichita; stepmother, Myrna May of Wichita; sisters-in-law, Jolene McManigal of Louisburg and Sherri May of Clearwater; and several nieces, nephews and other relatives.

The cremation has taken place. Friends can sign the book Wednesday and Thursday from 9 a.m. to 5 p.m. at the Larrison Mortuary, 300 Country Club Road, Pratt. A Celebration of Life will be held at 1:00 p.m., Friday, April 1, 2022 at Pratt Community College, Beaver Dome, with Pastor Nicole Schwartz-Eck presiding. Students are requested to wear their Superfrog shirts. Interment will take place at a later date at Greenlawn Cemetery, Pratt.

In lieu of flowers, memorials may be made at the Pratt School Foundation in the care of Larrison Mortuary.