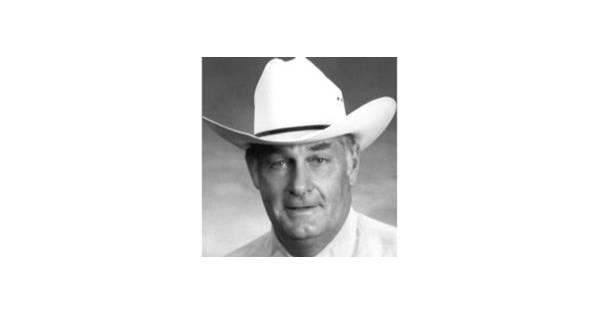 James E. “Jim” Montgomery
September 25, 1927 – December 1, 2021
Longview, Texas – James Echols Montgomery, 94, of Longview, TX, died on Wednesday, December 1, 2021, at home with his loved ones by his side. Jim resided in Longview for over 60 years and was born September 25, 1927 to Maxie and Reverend John Erwin “Brother Monte” Montgomery in Graham. TX. He graduated from Paschal High School in Fort Worth and received his BA and MA from TCU. He was a member of 1st Christian Church and Woodland Christian Church in Longview for many years. He proudly served in the US Navy from June 1950 to January 1955, stationed at Naval Air Station Grand Prairie. Other accomplishments have been his lifetime membership in American Legion Post # 140 and a founding member of the Longview Optimist Club. In 1972 he was instrumental in forming the Gregg County Sheriff’s Reserve Unit to achieve the rank of captain, served as a deputy sheriff, deputy constable, and was appointed in 1983 as a commissioner of the constituency n Â° 1. He was elected Constable for many successive terms until his retirement. He obtained a Master Peace Officer certification, a member of the Sheriffs Association of Texas and the JPCA. He hosted the JPCA State Convention and served as master of ceremonies. He was a life member of the following associations: Texas State Teachers Assoc, National Education Assoc, American Angus Assoc, Parent Teachers Assoc, National Congress of the PTA, Justice of the Peace and Constables Assoc, Texas State Sheriffs Assoc and Texas Farm Bureau.
He was a man who throughout his life wore many hats, mostly related to community service and constantly for the good of others. His mother and father, as a Christian pastor, provided his education in a full Christian environment, which formed the basis of the person he became and remained throughout his life. Jim, above all, as a young man, wanted to be a cowboy in part because of his involvement in the Fort Worth Stock Show as a straw entrepreneur. So, after careful consideration, he decided to become an educator because it would allow him to earn a modest living and not work during the summer months while pursuing his dream of a cowboy life. Once involved in public education, he discovered his passion for influencing young lives as he spent many years in the ISDs of Fort Worth and Longview, in addition to his breeding efforts. His passion for human service through education quickly became more prominent and, as a result, demanded more of his time. As any of his students will attest, he demanded and inspired their best, sometimes even punctuated with an occasional change of attitude. As principal, Ware Elementary School was nationally recognized, through his efforts, by the Kettering Foundation (a nonprofit foundation steeped in the American tradition of cooperative research). His pride and passion for humanity has been the absolute driving force behind his life, as evidenced by the many lives he has personally touched! Loved by many, respected by all!
Jim was predeceased by his parents, his wife Jeanene and his daughter Christi Ann. Those left to revere his rich memories are his partner Melba Gant, his brother Robert Montgomery of Sanger, his sons John Montgomery of Burleson, Tx, Mark Montgomery and his wife Sandra of Hallsville, his grandsons, Chris Montgomery USMC and his wife Kelly from Longview, TX, Matthew Montgomery from Burleson, TX, Jake Montgomery from Fort Worth, TX and Logan Fowler from Austin, TX. Nephew Kevin Montgomery and wife Kerry de Burleson, niece Karen Farris and husband Gerald of Irving, several great-nieces and nephews and a wonderful great-grandchild.
Further, the family would like to express their deepest gratitude for the love, support and kindness of the staff at Life Care Health Services and Visiting Angels in their loving and knowledgeable assistance to Jim and his family during his final hours. .
Funeral services will be held at Rosewood Cemetery on Thursday 9th for a private family service. With a visitation to be held at Rader Funeral Home in Longview on Wednesday December 8th from 6 to 8 p.m. In lieu of flowers, the family requests that memorial gifts be made to: Memorial Committee, 1st Christian Church, 720 N. 6th St. Longview, TX 75601 or Hwy 80 Rescue Mission Administrative Office 3123 W, Marshall Ave. PO Box 3223 Longview, Tx 75604-5030.