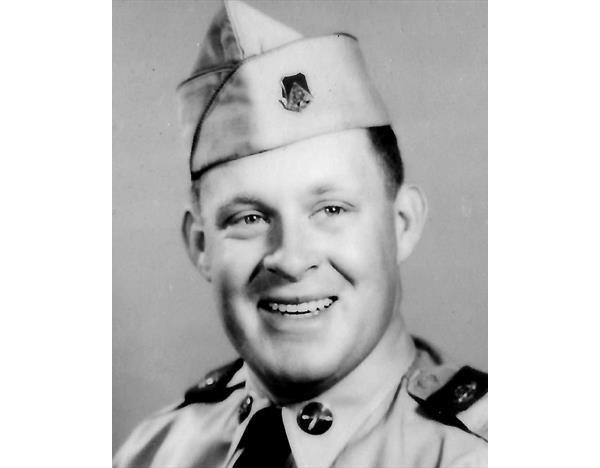 James F Farrington Jr. (CW4, US Army, retired). Jim passed away peacefully on November 12, 2021 at the age of 90 after a long and fulfilling life. He was predeceased by the love of his life, Rosemary (Hattwig) Farrington, after 56 years of marriage. After graduating from Hartford Public High in 1949, he joined the National Guard, where he served 6 years before enlisting in the US Army in 1955. During his time in the military, he worked on Nike missile systems and found itself stationed in a number of hot spots at critical times. Whenever possible, he was accompanied by his wife and children as he moved around the world. After his retirement in 1974 he moved to East Hartford and went to work at the University of Hartford, retiring for the second time in 1995. Over the years he was a member of the Boy Scouts of America, the American Legion, of the East Hartford Italian-American Club and the Knights of Columbus. Wherever Jim went he made friends easily, regaling them with tales of his adventures and misadventures, both true and false. Regardless, they were still entertaining, and anyone who took the time to get to know him will miss his storytelling abilities. He was predeceased by his parents, James F Farrington, Sr., and Gladys (LaFogg) Farrington, as well as his sister Barbara Kusner. He is survived by his son James F. Farrington III and wife Joan of McKinney TX, daughter Donna Pinney and husband Tim of Stafford Springs, CT, and son David Farrington and wife Christine of South Windsor CT. He also leaves behind granddaughter Jasmine Burns and husband Paul, and great granddaughter Kinsley Burns of Stafford Springs, CT, as well as grandson Tim Pinney Jr., grandson Ray Pinney and wife Courtney , his great-grandson Ray Pinney Jr., and great-granddaughter Jocelyn Pinney, as well as several nieces and nephews. Services will take place in the spring at the convenience of the family. In lieu of flowers, we ask that donations be made to disabled American vets.