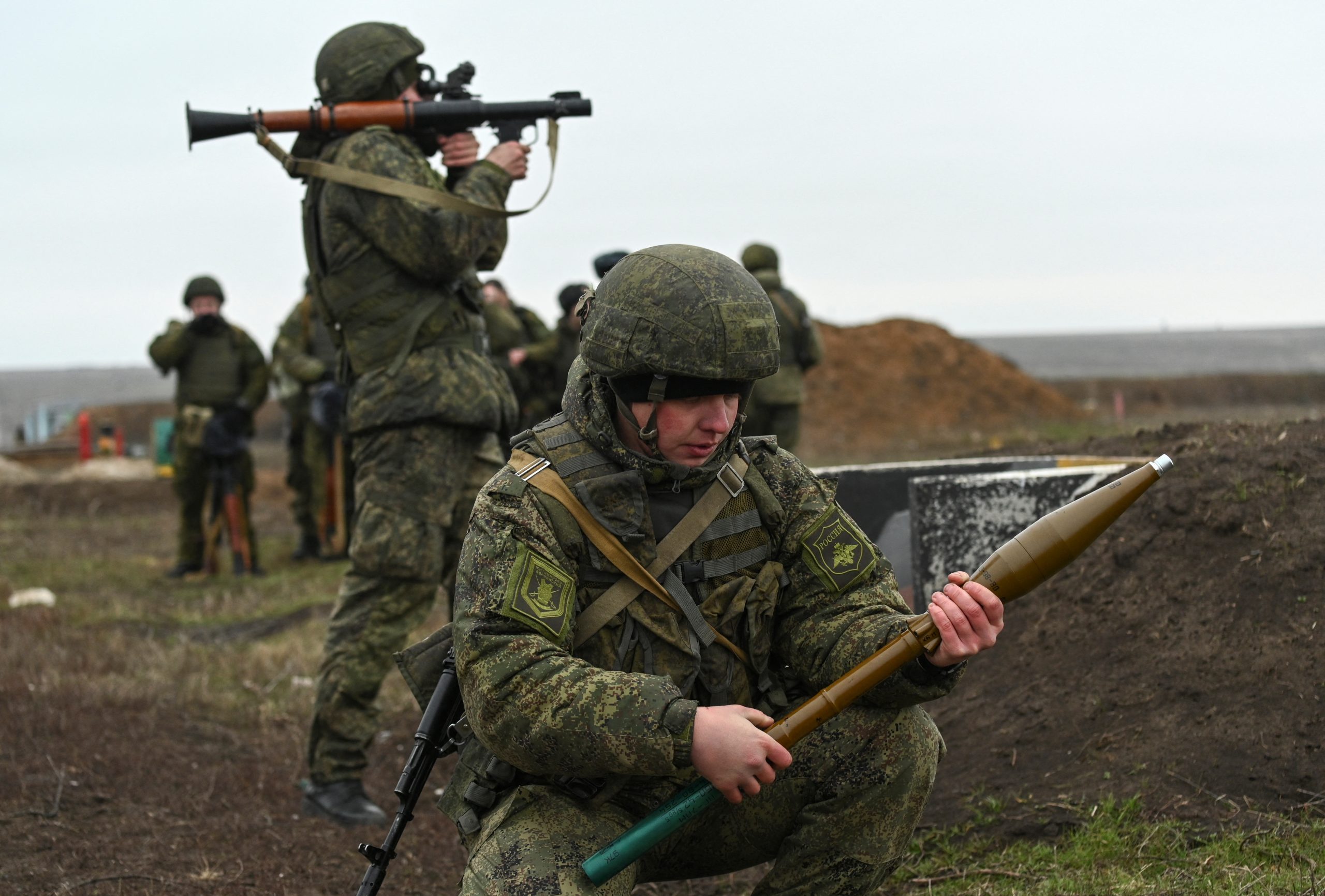 Editor’s Note: Moscow’s troop build-up on and near Ukraine’s borders and belligerent rhetoric raised the prospect of a major conventional war in Europe. Today’s phone call between US President Joe Biden and Russian President Vladimir Putin underscores the dangers of this Kremlin-fabricated crisis. Below is a statement from twenty-four prominent experts and former senior officials offering their ideas on how to deter Moscow from stepping up its current war of aggression against Ukraine and more broadly deter Moscow from future provocations. The declaration represents the views of the signatories and not of their institutions.

Since President Biden’s virtual summit with President Putin on December 7, Russia has increased its troop presence at or near Ukraine’s borders. After creating this crisis, the Kremlin demanded security guarantees for Russia that the United States and its allies absolutely cannot provide. He has made provocative statements at high levels, including outlandish claims that US private military contractors intend to launch a chemical weapons attack in eastern Ukraine. Moscow mistakenly claims that NATO enlargement has created a military threat to Russia; the Alliance has fully complied with its commitments in the NATO-Russia Founding Act to refrain from deploying nuclear weapons or permanently stationing significant combat forces on the territory of the new member states, despite the fact that Russia violated many of its own commitments in the Founding Act, as well as the Charter of the United Nations, the Helsinki Final Act, the Charter of Paris and the Budapest Memorandum.

In short, Moscow appears to be setting the stage for launching a major conventional assault on Ukraine, even as the United States and NATO have shown their willingness to sit down and discuss the Kremlin’s concerns.

We believe the United States should, in close consultation with its NATO allies and Ukraine, take immediate steps to change the Kremlin’s cost-benefit calculations before the Russian leadership decides to escalate further. military. This means increasing the costs that would result if the Russian military launched a new assault on Ukraine, building on the excellent package of measures the Biden administration has already laid out: enactment of punitive sanctions against Moscow, sending major military supplies to Ukraine and NATO strengthening force posture on its eastern flank.

The administration should continue its good work with the European Union and other partners to secure agreement on the elements of a response to any Russian aggression against Ukraine, regardless of the scale or form of the escalation of Russia. Such a response would include a package of major and painful sanctions that would be applied immediately if Russia attacks Ukraine. Ideally, the outline of these sanctions would be communicated to Moscow now, so that the Kremlin clearly understands the scale of the economic blow it will face. In particular, Washington is expected to consult Berlin and obtain German agreement that it would prevent Nord Stream 2 from entering service in the event of a Russian attack, specifying that otherwise the administration will not again waive sanctions on the pipeline. .

The most important thing the West can do now is to strengthen the deterrent force of the Ukrainian armed forces by providing military assistance and equipment on an expedited basis. For the Kremlin, a great invasion of Ukraine will only work if Russian forces are able to seize and hold Ukrainian territory without suffering large and constant losses. Western countries must act now to endow Ukraine’s military and territorial defense units with additional capabilities that can impose such costs.

Western military officials should urgently consult their Ukrainian counterparts on the assistance and equipment the Ukrainian army needs and could integrate it as quickly as possible into its operations to bolster its defensive force. Such assistance could include additional Javelin anti-armor missiles and Q36 counter-battery radar systems as well as Stinger missiles and other anti-aircraft missiles. The Biden administration should also encourage NATO allies to do more to strengthen Ukraine’s defensive capabilities, making it clear that the entire NATO Alliance stands together in opposing it. Russian aggression.

We believe that NATO should act now to begin to strengthen its military presence on its eastern flank and communicate to Moscow that Russia’s escalation would bring a substantial number of US and Allied forces and a permanent presence in the Baltic states and the United States. Black Sea region. NATO is also expected to alert Moscow that any further deployment could be reconsidered if / when the current crisis subsides.

The West is also expected to expand its political counteroffensive to recapture Moscow’s initiative as it tries to use the threat of force to intimidate Ukraine, Europe and the United States into accepting. its demands, many of which are clearly unjustified and unacceptable. The Biden administration should call for a Group of Seven (G7) declaration at the head of state condemning Moscow’s threat of a wider war against Ukraine and work with its allies and partners to use other forums, including the Organization for Security and Cooperation in Europe and possibly the United Nations, to stress the unacceptable nature of Russian military action and coercive threats.

The Biden administration is expected to consult with NATO, the European Union, Ukraine and key allies such as Poland on extensive preparations to deal with the humanitarian crisis that a major Russian invasion would bring.

Finally, the United States and its allies should continue to make it clear that they are ready to engage in dialogue with Russia, in order to include the concerns of NATO and other parties regarding the Russian military and other aggressive activities. They indicated that some elements of the US-Russia treaty and the NATO-Russia deal proposed by Russia could provide a basis for discussion and possible negotiations. The United States and NATO should make it clear to the Kremlin that it must defuse the threatening military situation around Ukraine before there can be substantive negotiations, and any negotiations must involve all parties whose interests security will be affected. These issues cannot simply be resolved in a bilateral US-Russian channel. In addition, any negotiation must be in accordance with the principles agreed upon by all NATO members, Russia and Ukraine, such as those of the Helsinki Final Act and the Charter of Paris.

Former Deputy Under Secretary of Defense for Europe and NATO Policy

Former official in the United States Department of State and Defense

Distinguished member of the Weiser family

Center for Democracy, Development and the Rule of Law

Former US Ambassador to Ukraine and Uzbekistan

Former Commander of the US Army in Europe

Former US Ambassador to Germany

Former US Ambassador to Russia

Former US Ambassador to Ukraine

Former US Ambassador to Ukraine

Former US Ambassador to Russia

Institutional affiliations are for identification purposes only