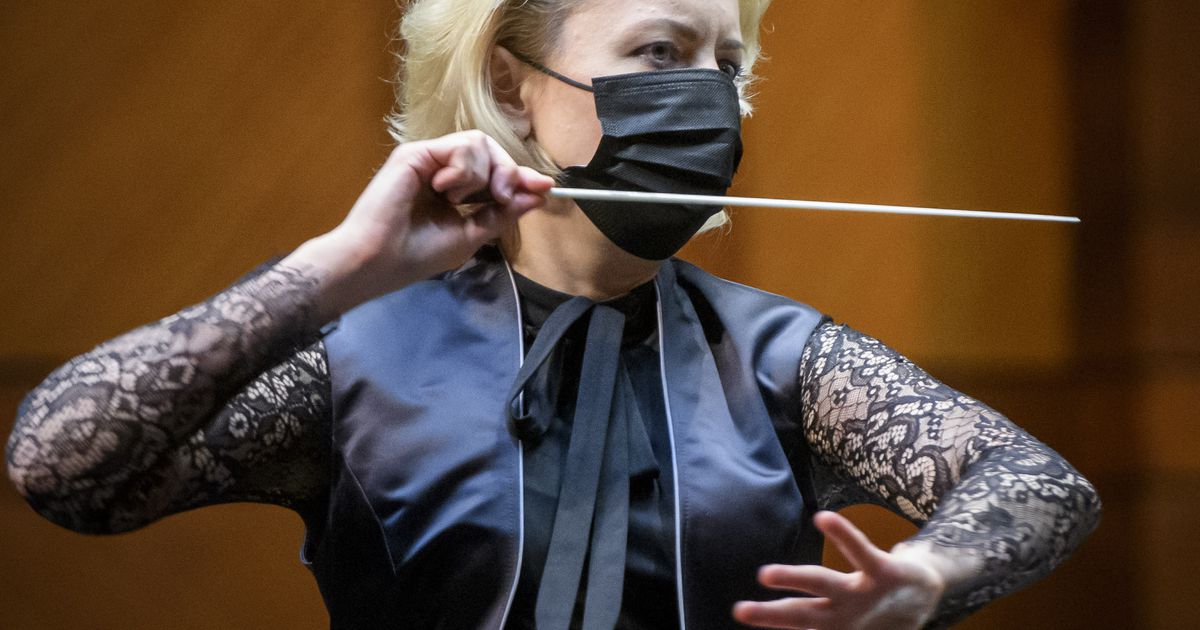 You can discuss which gig had the hardest track. DSO’s Elgar’s First Symphony and FWSO’s Stravinsky Petrushka pose many challenges, but very different ones. The Elgar needs clarification and shaping of complex, often dense textures, and a sense of urgency over long periods of time. The Stravinsky employs rhythmic precision of capillary triggering with rapidly changing counters, tempos and coloristic combinations.

Trained in her native Russia and Berlin, Skryleva participated in the inaugural Dallas Opera Hart Institute for Women Conductors, in 2015. Currently General Music Director of Theater Magdeburg in Germany, she previously held management positions in Darmstadt and Schleswig-Holstein.

His Bass Performance Hall concert was spiritually oriented towards Halloween. Mussorgsky’s scary / scary Night on the Bald Mountain was followed by the Liszt storm Totentanz (Dance of Death) and Stravinsky’s sometimes nightmarish evocation of puppets coming to life.

From Mussorgsky’s start (in the familiar Rimsky-Korsakov orchestration), Skryleva imposed rhythmic precision and tedious layering of dynamics, but also visceral excitement. She was the first conductor in recent memory to tame the orchestral trumpets, which actually played softly when called upon and never mastered. The orchestra as a whole sounded fabulous, with a particularly eloquent solo from solo clarinetist Stanislav Chernyshev.

Totentanz is a centerpiece for piano and orchestra, forming a large part of the Requiem hymn “Dies irae”, on Judgment Day. Joyce Yang, one of the area’s favorites since winning second prize at the 2005 Van Cliburn International Piano Competition, has thundered and shone brilliantly, but she also brought real poetry to a more introspective section. . Its reminder was a deliciously nuanced prelude in G sharp minor by Rachmaninoff (Op. 32, no. 12).

That’s a shame Petrushka is the least played of the first scores of the Stravinsky ballet. This is Stravinsky in his most playful, even mischievous form, making much of Russian folk tunes and bright, sometimes garish colors. It is also a rhythmic minefield for an orchestra. (The FWSO played the 1946 revision, slightly reducing the original 1911 orchestration.)

In a few places the front and back of the orchestra weren’t quite in sync, and at another time a xylophone didn’t quite follow. But overall, it was a tense, vividly characterized tale that changed tone and time for more than ten cents than you could count. Notable soloists included Jake Fridkis (flute), Chernyshev (again), Kyle Sherman (trumpet) and Shields-Collins Bray (piano).

A four-page program included full-page biographies of Skryleva and Yang, but not a word on the music. The public surely deserved to at least learn the general story behind Stravinsky. Even better would have been screenings of the drama’s scene-by-scene surtitles from the ballet.