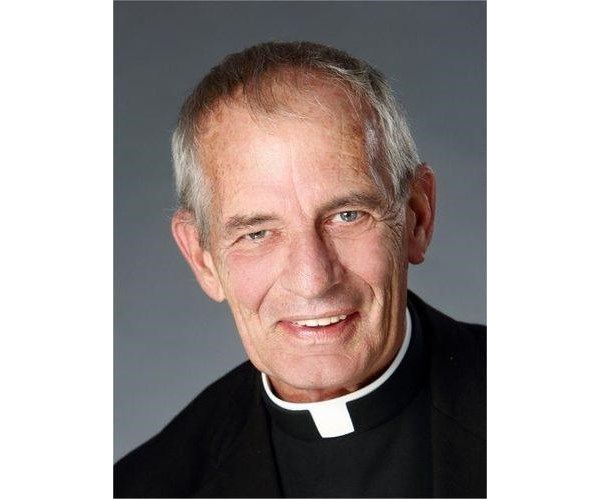 Brother Grant R. Ferris, OSFS passed away on January 17, 2022 at Rosary Care Center in Sylvania, OH, after a long and heroic battle with lung cancer. He was 75 years old. Friends and family will remember Brother Grant as an inspiring teacher, a loving family member, a committed and faithful member of the Oblates of St. Francis de Sales, and a man of faith. One of his last comments was a phrase sung during evening prayer in the Liturgy of the Hours: “Into your hands, Lord, I commend my spirit”. Ps 31:5.

Brother Grant was born July 16, 1946 to Grant G and Frances (Rellinger) Ferris who predeceased him. He was also predeceased by his brother-in-law, John Haymaker. He is survived by five siblings, his brother, David (Lydia) Ferris; sisters, Barbara Haymaker, Linda (Daniel) Judge, Donna (Robert) Harrer and Ellen (Brian) Roth; and several nieces and nephews.

Brother Grant’s passion was teaching history to high school students. In 2001, while teaching at Cardinal Gibbons High School in Fort Lauderdale, Florida, he was named a recipient of teacher recognition through the Presidential Scholars program. The prize was awarded in recognition of his quality as an inspiring and stimulating teacher. A former director wrote; “Brother Grant has been named director of the athletic program. Because of his hard work and attention to detail, this program has been the most successful in school history.”

Elder Grant graduated from De Sales Catholic High School in 1964, Western Michigan with a BA in History and from the University of Notre Dame with an MSA in Administration.

Brother Grant entered the Oblates of St. Francis de Sales in 1966 and made his first profession as an Oblate in 1967. He made his final vows as a brother Oblate on September 12, 1975. He retired and is entered senior Oblate status in 2016. .

Donations in Brother Grant’s memory may be made to the Oblates of St. Francis de Sales, PO Box 2868, Toledo OH 43606. Please view and sign our online “guest register” at CoyleFuneralHome.com