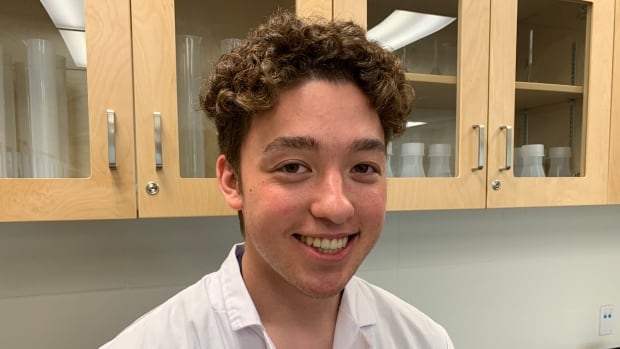 For the third time in two years, a Fort McMurray high school student has won a major scholarship for students planning to pursue post-secondary studies in science, technology, engineering or math.

“I thought there was probably a five percent chance I would get it,” said Rion Schulz, a 12th grader at McTavish Public High School, who put his name forward as a candidate for the prestigious scholarship. Schulich of $100,000.

In his candidacy essay, he wrote about his interest in green energy and his passion for science and technology.

When he found out he had won one of the scholarships, Schulz was “very shocked” and said his parents cried tears of happiness.

“I’ve worked so hard in the last 12 years of my school life that I feel like I’ve come to this moment,” Schulz said.

In the solar cabin project, he calculated how much money a solar panel would save each homeowner compared to chasing a diesel generator.

Schulz got the job through his father’s friend.

“At the time, I only had experience at A&W serving burgers…he decided to give it a shot,” Schulz said.

Laura MacEachen, a school counselor who helps students with scholarships, said the McTavish School appointed Schulz because of his high grades and extracurricular activities.

She said it’s a lot of work to apply for scholarships, which discourages many students. But in the past two years, three McTavish students have won six-figure prizes.

MacEachen said the school encourages student involvement in the community, noting that big rewards often depend on extracurricular activities.

“I think this city has a really good feel for it too, so it’s easy to get involved,” MacEachen said. “There are a lot of opportunities if students want to take advantage of them.”

She said the students who have won the big scholarships are exceptional and “they would do well without it, but they will do even better with the award.”

Thomas Andrews, acting principal of the McTavish School, said the news gave him a “sense of pride”.

“We’re just lucky to have some really amazing students at our school,” Andrews said.

Being in Fort McMurray, Andrews said students have a unique opportunity to see a lot of science and technology.

“There was no doubt in my mind that he [Schulz] was a deserving candidate, but to think that another student would see so much success in a scholarship next year was definitely a surprise,” Andrews said.

Andrews has known Schulz since elementary school and he wrote the letter of recommendation for Schulz’s scholarship application.

Schulz will now go to the University of Alberta to study engineering and continue his work in green energy.

“I like to see the trees and the water…if we continue down this path of oil and gas…my children and grandchildren won’t be able to enjoy the same beauty as us. So I want to preserve that,” says Schulz.