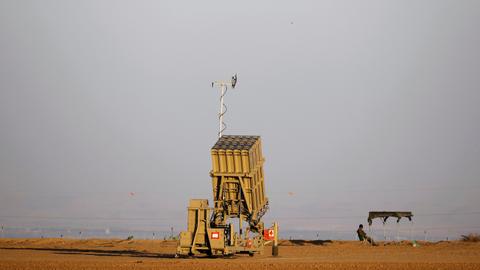 Finance Israel’s “defense” or hide the costs of war?

The US House of Representatives passed a bill to provide an additional $ 1 billion in military aid to Israel, vehemently defended as being for “defense” purposes. But analysts say this framing simply serves to perpetuate human rights violations.

The US House of Representatives overwhelmingly voted Thursday in favor of a law providing $ 1 billion in additional military aid to Israel. The bill passed 420 to nine and should now pass easily through the Senate.

Support for Israel has always been bilateral to the United States. The funds are aimed at rebuilding Israel’s Iron Dome defense system, as promised by President Joe Biden after the latest Gaza offensive in May, which killed 248 Palestinians including 66 children, destroying homes and public infrastructure then that Gaza has already faltered under a 15-year blockade and three previous offensives. Projectiles fired at Israel from Gaza by Palestinian groups killed an Israeli soldier and twelve civilians, including two children.

“Prime Minister [Benyamin Netanyahu]… Shared with me his appreciation for the Iron Dome System, which our nations have developed together and which has saved the lives of countless Israeli, Arab and Jewish citizens, ”Biden said, pledging to provide aid to help reconstruction in Gaza.

“We will do this in full partnership with the Palestinian Authority, not Hamas, the authority, in a way that does not allow Hamas to simply replenish its military arsenal,” the president said.

For regional analysts, the conflict between Israel and Palestine, which has enormous human costs, has again turned into a bipartisan issue in the US Congress.

“What is happening here is that this Congress is trying to come up with a budget that the parties can agree on. And Israel was thrown into the mix, ”Zaha Hassan, member of the Carnegie Endowment for International Peace think tank for the Middle East, told TRT World.

“The Israeli-Palestinian question has been sublimated in favor of the adoption of these other bills and the search for a consensus,” added Hassan.

Israel receives $ 3.8 billion in US military aid each year as part of a 10-year pledge made by President Barack Obama in a memorandum of understanding signed in 2016. The agreement marks an increase of 700 million dollars per year compared to a previous bilateral agreement.

“A missile defense system (ie Iron Dome) protects civilians against missiles. Hence the name. Only in a morally inverted universe would this be considered a “controversy,” said Congressman Ritchie Torres, a Democrat from the South Bronx in New York, wrote on Twitter Tuesday.

Rashida Tlaib, the only Palestinian-American member of Congress, was one of eight Democrats to vote no on Thursday.

“We cannot speak only of the Israelis’ need for security at a time when Palestinians live under a violent apartheid system and are dying of what Human Rights Watch has called war crimes,” the Michigan representative said in a speech. “We should also talk about the Palestinian need for security against Israeli attacks. “

Earlier in the week, the additional funds appeared in another bill to provide emergency funding to the U.S. government to avoid a shutdown. He was withdrawn after an uproar, pending an explanation.

A landmark Human Rights Watch report earlier this year said Israel is guilty of the crimes of apartheid and persecution on the basis of its “comprehensive policy to maintain the domination of Jewish Israelis over Palestinians” against a backdrop of systematic oppression. He reiterated his calls to make any arms sales and military and security assistance to Israel conditional on the Israeli authorities taking concrete steps to end the commission of these crimes.

Last April, US Congresswoman Betty McCollum introduced a bill to ensure that the annual contribution of US $ 3.8 billion to Israel’s military budget is not used to perpetuate rights violations. The bill, which was supported by more than a dozen members of Congress as well as several human rights organizations, was not passed.

Meanwhile, in July, the US president and the United Nations agency for Palestinian refugees (UNRWA) agreed on a cooperative framework to restore funding to the agency revoked by President Trump in 2008. According to agreement, the United States would resume funding “provided that UNRWA takes all possible steps to ensure that no part of the United States contribution is used to assist a refugee receiving military training as a member of the so-called Palestinian Liberation Army or any other guerrilla organization.

UNRWA, which provides schools, health services and other assistance to Palestinian refugees, has suffered funding cuts for several years.

Defend Israel or hide the costs of war?

The iron dome was first deployed in 2011, after Israel developed the project in partnership with Israeli arms giants Rafael Advanced Defense Systems and Israel Aerospace Industries. US defense company Raytheon became a production partner in 2014.

“The number of Israelis killed and injured would be much higher if it had not been for the Iron Dome system, which has always been a lifeline,” IDF spokesman said. Lieutenant-Colonel Jonathan Conricus during the May offensive.

While some experts have questioned its actual performance, others point out that supporting the IDF with the message it is serving for defensive purposes only serves to perpetuate human rights violations and exacerbate the situation.

“This idea that this is a defensive measure really masks the fact that it allows Israel to freely bomb Gaza without having any consequences of its own or limiting the consequences it has,” Hassan said.

“What [the Iron Dome] has done is to mask the costs of the war for Israel and then allow it to engage in very violent bombing campaigns against Gaza which have really weakened the Gaza Strip and made it economically unviable and truly uninhabitable for the people who are stuck living there. “

Could solar panels in space power military operations on Earth?