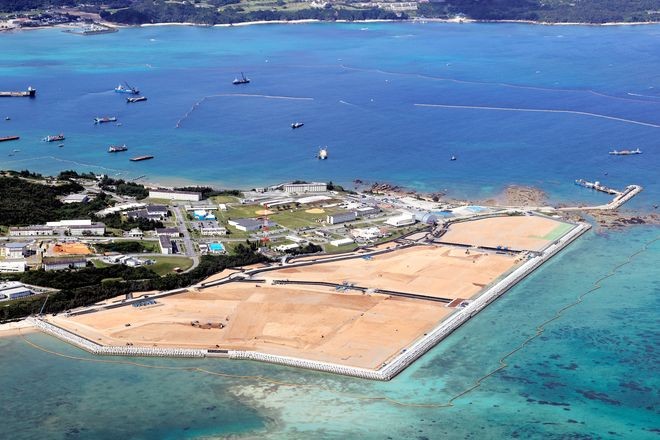 EDITORIAL: Politicians must tackle the burden posed by US bases in Okinawa

Okinawa is a mirror that reflects the flaws and poverty of politics in Japan.

Do political leaders make policies while giving serious attention to public opinion? Do they heed dissenting voices and make sincere efforts to harmonize the complex and conflicting interests of the various parties? Do they really understand the rule of law and do they run government through proper procedures?

Steps taken by the administrations of former Prime Ministers Shinzo Abe and Yoshihide Suga to deal with the controversial plan to build a new US military base in Henoko District in Nago, Okinawa Prefecture have gone to the against these basic principles of democratic policy making and execution. .

The planned new base is to take over the functions of US Marine Corps Air Station Futenma, which is located in the overcrowded town of Ginowan, also in the prefecture.

The October 31 Lower House election will provide voters with a valuable opportunity to re-examine the problems of politics in Japan from the perspective of what their responses to those actions would be if they had been taken in their own fields. and make choices that might help rectify the problems.

Okinawa voters have repeatedly and emphatically voiced their objections to the plan through elections and a prefectural referendum. In view of this fact, Asahi Shimbun’s editorials called for a fundamental overhaul of Futenma’s relocation plan.

We have opposed every legally questionable political action the government has taken to promote land reclamation to build the new base.

Our case against Henoko’s installation plan is based on the belief that the plan and the way it is promoted not only threatens democracy but also creates a serious problem for the future of Japan’s security policy.

The deep rift between the national government and the people of Okinawa on the issue makes it difficult to ensure stable functioning of US bases in Okinawa.

Given that Okinawa is home to a large portion of all U.S. military installations in Japan, this situation could have immeasurable negative repercussions on the bilateral alliance and Japan’s security policy.

During its election campaign, the ruling Liberal Democratic Party has only repeated its old argument that the construction of the Henoko base to replace the Futenma air base is “the only solution” to the danger posed. to local residents through the air base.

As for the extremely soft seabed in the recovery areas off Henoko, the LDP says it is possible to solidify the seabed enough to support the intended base. Even if this is the case, it has been estimated that the completion of the new facility will take up to 12 years.

The ruling party offers no clear plan to pursue the original goal of eliminating the security threat posed by the Futenma base for the 12 years.

Some opposition parties have promised to abandon or suspend the Henoko plan and resume new negotiations with the United States on it. In response to the changing global landscape and advancements in China’s missile capabilities, the United States is making a major shift in its military strategy focused on downsizing and more dispersed deployment of Marines for flexible operations.

Opposition parties must come up with more detailed plans and roadmaps to capitalize on the US shift in strategy in order to keep their promises to abandon the Henoko Project and start new negotiations with Washington.

Another important question is what to do with the Bilateral Status of Forces Agreement (SOFA). Toxic substances have been discovered around US bases in Okinawa, raising health concerns among local residents.

SOFA often works to hinder Japan’s responses to such environmental issues related to US bases or crimes and accidents involving US military personnel.

Prime Minister Fumio Kishida, then foreign minister under Abe, led negotiations between the two governments to reach a complementary agreement to SOFA for information sharing regarding environmental issues related to US military installations.

But the deal did not make the US military more willing to give local authorities access to its facilities to identify the causes of the pollution. The agreement makes no difference if it is not enforceable.

All parties call for improvement of SOFA, although with varying degrees of enthusiasm. They have a responsibility to continue their own efforts to address this problem after the election without forgetting their promises to the public.

Next year Okinawa will mark the 50th anniversary of his return to Japan. Japanese political leaders must accept responsibility for meeting the difficult and vital challenge of reducing the burden of the heavy US military presence borne by Okinawa and allaying the concerns of the local population regarding related issues.