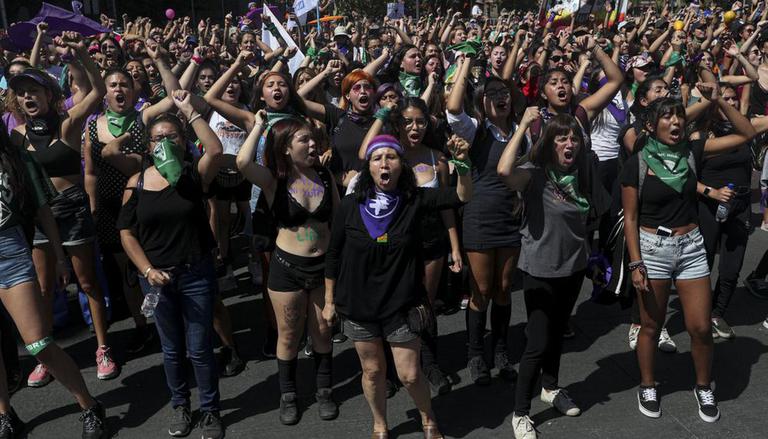 Demonstration in Mexico against the disappearances of students

A large group of dozens of protesters attacked the Campo Militar 1 military complex in the Mexican capital on Friday to protest the disappearance of 43 students nearly eight years ago in southern Mexico.

Parent and student representatives gave speeches challenging the actions of Andres Manuel Lopez Obrador’s administration, the attorney general’s office, and the military’s handling of the case.

Some of the protesters climbed onto the gates of the base to paint some of the shields red and painted graffiti reading “it was the army”.

After the parents and students left, a handful of protesters, their faces covered in T-shirts, rushed to the fences of the military base and began beating them until they collapsed.

Another group began throwing powerful firecrackers into the military base to shelter dozens of police and soldiers in riot gear.

Supported by a water cannon and protected by plastic shields, a group of soldiers advanced towards the entrance of the complex to take control after the demonstrators left by bus.

The incident at the military installation came a day after another violent event took place at the headquarters of the Attorney General’s Office following a protest by relatives of the missing students, when a group of protesters threw firecrackers at police guarding the building, leaving 11 officers injured.

The Ayotzinapa case took a turn last month after the Truth Commission released a new report that called the case a “state crime” after finding responsibility for three branches of government, including elements of the 27th Infantry Battalion in Iguala.

Shortly after the report was presented, the attorney general’s office announced that it had issued 83 arrest warrants for those involved in the case, and former attorney general Jesús Murillo Karam was arrested.

The government announced last week that three soldiers had been arrested, including retired General José Rodríguez Pérez, who was the commander of the 27th Infantry Battalion.

(Disclaimer: This story is auto-generated from a syndicated feed; only image and title may have been reworked by www.republicworld.com)