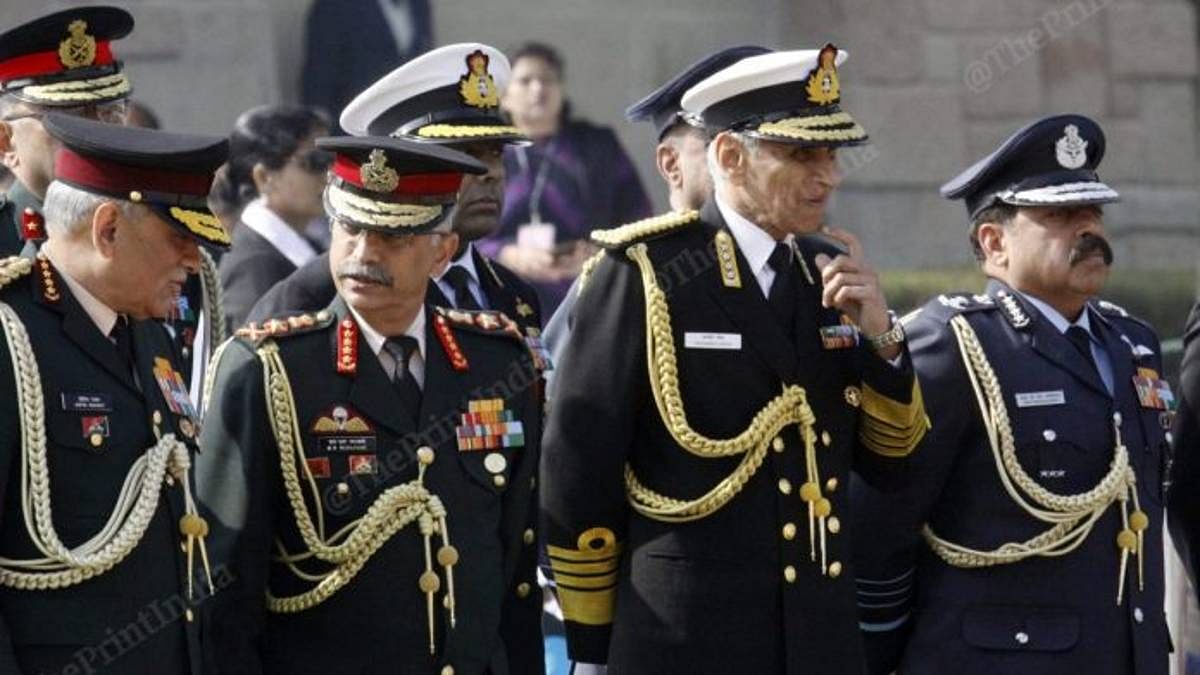 
New Delhi: With pensions and salaries being the main driver of defense budget spending, the Department of Military Affairs (DMA) is finalizing an increase in the retirement age and also commonalities between the different ranks of officers of the three services.

Once these changes are introduced, the concept of re-employment in the military will also diminish, defense and security establishment sources told ThePrint, adding that the shortage of officers would also decrease.

The sources said work is also underway to fine-tune re-employment responsibilities so that rehired officers can work at the same level as their rank, rather than the current practice whereby while the officer is paid the salary for his rank, its responsibilities are of much lower rank.

Sources said the increase in pensions and wages was a concern because it meant that while the defense budget itself is large in terms of numbers, the actual money spent on modernization is less.

India had become the world’s third largest defense investor earlier this year, after the United States and China. India has overtaken Russia, on which it relies heavily for defense equipment.

In the army, an officer of the rank of colonel retires at the age of 54. In the navy, his counterpart, a captain, retired at 56 years old. In the IAF, their counterpart is a group captain. If a Group Captain belongs to the “flying branch”, he retires at 54, while all non-flying Group Captains retire at 56.

Likewise, while a brigadier in the army and a commodore in the navy retire at the age of 56, their counterpart in the IAF (Air Commodore) has a retirement age of 56 and 58, respectively, depending on whether it is the flying branch. or not.

A major-general ranks officer retires from the military at 58, naval rear admirals retire at 58, and the retirement age for vice-air marshals is also 58 years old.

“The biggest problem is with the rank of colonel in the army since the retirement age is much earlier. Each year, a total of around 1,000 staff retire or retire. The majority of them are usually in the ranks of lieutenant colonel and colonel, in addition to brigadiers. Many of them are also asking for re-employment which is usually granted, ”a defense source said.

Explaining further, the source said that when a colonel or brigadier is rehired, the responsibility given to them is that of at least two lower ranks.

“Each year there is a vacancy for nine crossing guards in the BSF. When a brigadier joins the BSF, he is assigned as a DIG, which is generally considered to be the equivalent of a brigadier. He receives the salary of a crossing guard and works only as a crossing guard. In the army, the brigadier is given responsibilities which are in fact given to an officer of the rank of lieutenant colonel as part of staff duties, ”the source said.

The idea of ​​the DMA, led by General Bipin Rawat, is to ensure that even if there is re-employment, the force makes the most of the process by ensuring that officers continue to work at the same level.

In addition, making the retirement age common to the three services will ensure uniformity and the shortage of officers will be addressed.

A DMA memo in October last year on the new pension and retirement policy draft caused severe heartburn in the military, with indications that the three services are not on board.

However, the main concern at the time was the proposed changes to the pension rights of those applying for early release (PMR).

India is all the more in need of free, fair, non-hyphenated and interrogative journalism as it faces multiple crises.

But the news media are in a crisis of their own. There have been brutal layoffs and pay cuts. The best of journalism is shrinking, giving in to crass spectacle in prime time.

ThePrint has the best young reporters, columnists and editors working there. To maintain journalism of this quality, it takes smart, thoughtful people like you to pay the price. Whether you live in India or abroad, you can do it here.

Turkish and US military leaders discuss Afghanistan at NATO meeting