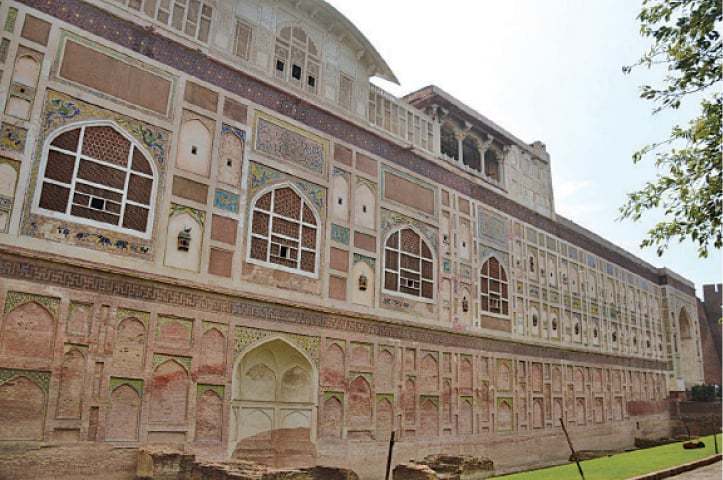 LAHORE: Almost 60% of the conservation work on the mural (picture wall) – a main feature of the Lahore Fort Unesco World Heritage site – has been completed, officials said.

The flagship project includes the stabilization and consolidation of the structure of the video wall as well as its decorative elements. The conservation of nearly 60% of the wall facade and associated drainage, Shah Burj Gate and Naulakha Pavilion have been completed.

The project is carried out in collaboration with the Lahore Walled City Authority (WCLA) and with generous funding from the Royal Norwegian Embassy, â€‹â€‹the German Embassy and the Government of Punjab. The remaining portion of the conservation would be completed by December 2022, WCLA officials said. Dawn.

Established as the largest mural in the world, it is beautifully decorated with glazed tiles and earthenware mosaics, embellished bricks, filigree work and frescoes. Work began during the Mughal period under the reign of Emperor Jahangir in 1624 AD and ended during the reign of Emperor Shah Jahan in 1632 AD. It is 450 meters long and 17 meters high.

Each individual mosaic provides a glimpse into life and entertainment in the royal courts, such as battle scenes, royal portraits, mythical creatures, dance and music, and geometric patterns. These unique elements became the main reason why Lahore Fort was declared a Unesco World Heritage Site in 1981.

Officials said the Aga Khan Cultural Service of Pakistan began documenting, displaying and promoting the video wall in September 2015. Three years later, the organization and WCLA undertook conservation of the west facade. of the video wall which measures nearly 240 feet. long and 50 feet high on average while it consists of 635 decorated recessed panels composed on three levels and is the most decorative and embellished.

Over time, the wall decorations deteriorated due to environmental effects, water ingress, neglect and improper intervention.

The Marines reluctantly let a Sikh officer wear a turban. He says it’s not enough.

Local WWII veteran inducted into the “Order of Living Legends”