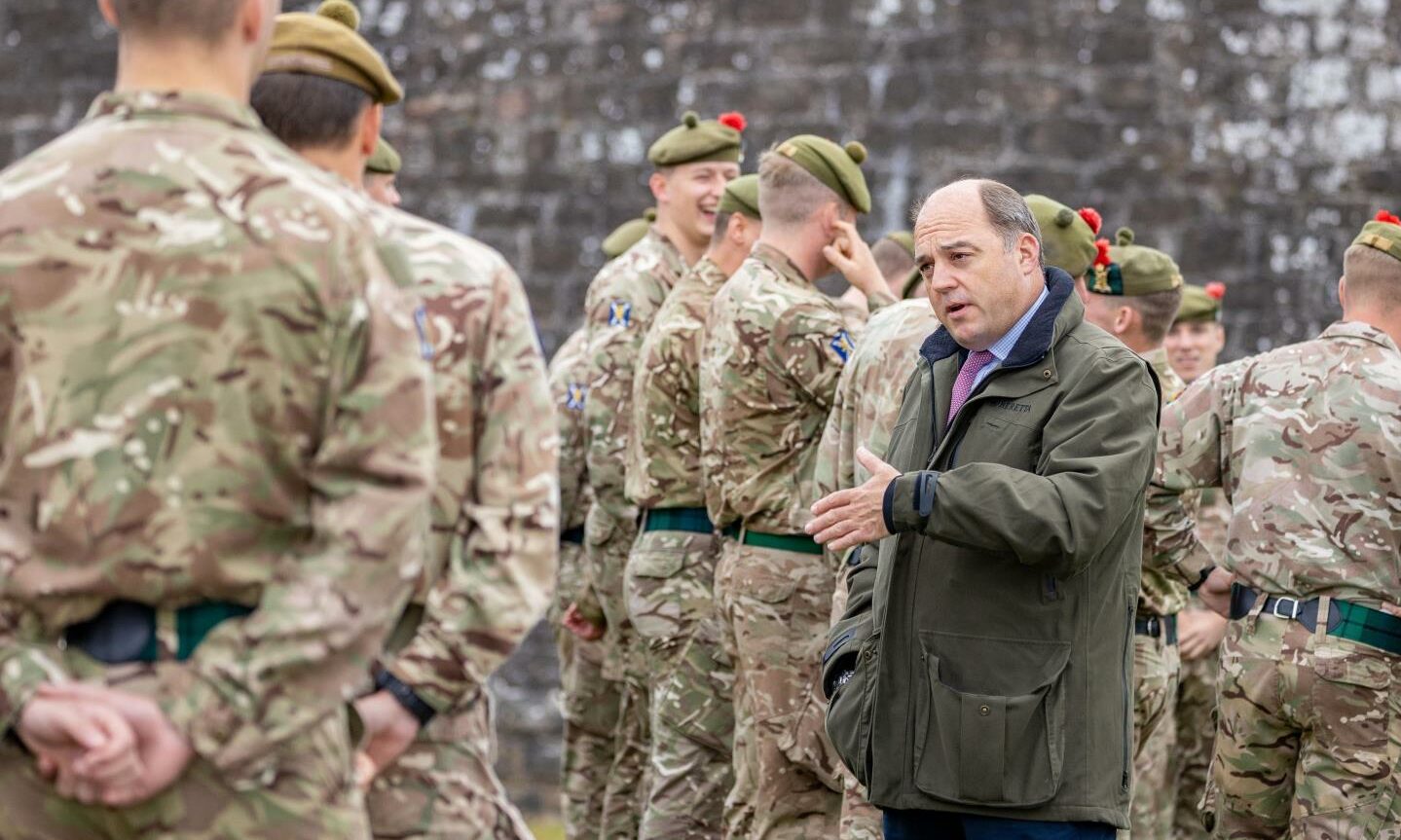 The future of the Scottish Army’s historic barracks has come into question again, following the suggestion that a planned closure date could be brought forward as part of a UK government spending review.

The military will face nationwide downsizing as part of the Defense Ministry’s plans to modernize the country’s armed forces.

The journal Defense in the Age of Competition, published in the spring, pledged to reduce the size of the military from its current number of 77,820 to 72,500.

Up to 1,700 Scottish soldiers could be removed from the army as three of the country’s seven garrisons face the ax.

Any plans to bring forward the closure of the barracks, which would include Fort George, Kinloss and Redford, would fall “like a lead balloon” with the Scottish Tories, a party source said, in the latest indication that members of the country did not. were not complete. with their British counterparts.

Scottish Conservative leader Douglas Ross has already expressed his opposition to the closure of Kinloss Royal Engineers barracks in his constituency of Moray.

He is also expected to challenge UK government plans to redesign his constituency ‘out of existence’ as part of the proposed boundary revisions.

The SNP called the “imminent threat of closures” facing Scottish communities a “shame”.

We reported earlier this year that the Royal Regiment of Scotland was facing a “recruiting crisis”, with statistics showing the regiment is under strength by almost a quarter.

The regiment was short of 489 troops compared to its 2,059 personnel “needs” in 2020, according to figures, among the largest in the British Army by current targets.

As reported in The Sunday Times, Army bosses want to bring forward the closing dates for Fort George near Inverness, home to The Black Watch, and Glencorse and Redford Barracks in Edinburgh.

The Kinloss-based Royal Engineers are believed to have moved to England.

Asked about the future of the Fort George and Kinloss barracks, an army spokesperson said the decision on structural reform was still “to be finalized.”

SNP MSP for Edinburgh Pentlands Gordon Macdonald said: â€œThe looming threat of these closures and cuts has been going on for years and, frankly, it’s a shame.

â€œDuring all this time, the UK government has shown no respect for the job losses, economic damage or the uncertainty they create for communities – like those at Redford Barracks in my constituency and even those in the Douglas Ross’s own constituency.

â€œThe Defense Ministry must open its eyes to the devastating reality of what these closures will mean and overturn their unwarranted and ill-conceived plans.

â€œOnce again we see the Scottish people suffering under the control of Westminster and it is not enough. Jobs and livelihoods are at risk with these drastic cuts and I urge the Conservatives to rethink their plans immediately. “

An army spokesperson said: â€œIn the spring it was announced in Parliament that the military will be restructured to deal with future threats as we implement the results of the integrated review.

â€œStructural reform plans are not yet finalized, so speculation at this point is unnecessary and misleading.

â€œDetailed plans will be submitted to ministers later this fall and decisions made public once finalized. “

As part of the review, the infantry will be restructured into four divisions.

These divisions will include a balanced number of battalions offering the full range of infantry roles, the Defense Ministry said.

They added “no cap badges will be removed and no dismissals required” as the country seeks to reduce the total number of troops.

These new structures provide more operational resilience, integration, deployability and greater opportunities for our people, they continued, adding: â€œThe introduction of
â€œSmart recruitingâ€ will ensure that personnel are also better distributed in the infantry.

“This new structure will require the removal of a single infantry battalion and four more battalions will provide the basic units of the Ranger regiment.”

The four all-arms units of the Ranger Regiment will be aligned with the new divisions of
Infantry and initially stocked from the current specialized infantry battalions: 1 Scots, 2 Royal Regiment Prince of Wales, 2 Lancs and 4 Rifles.