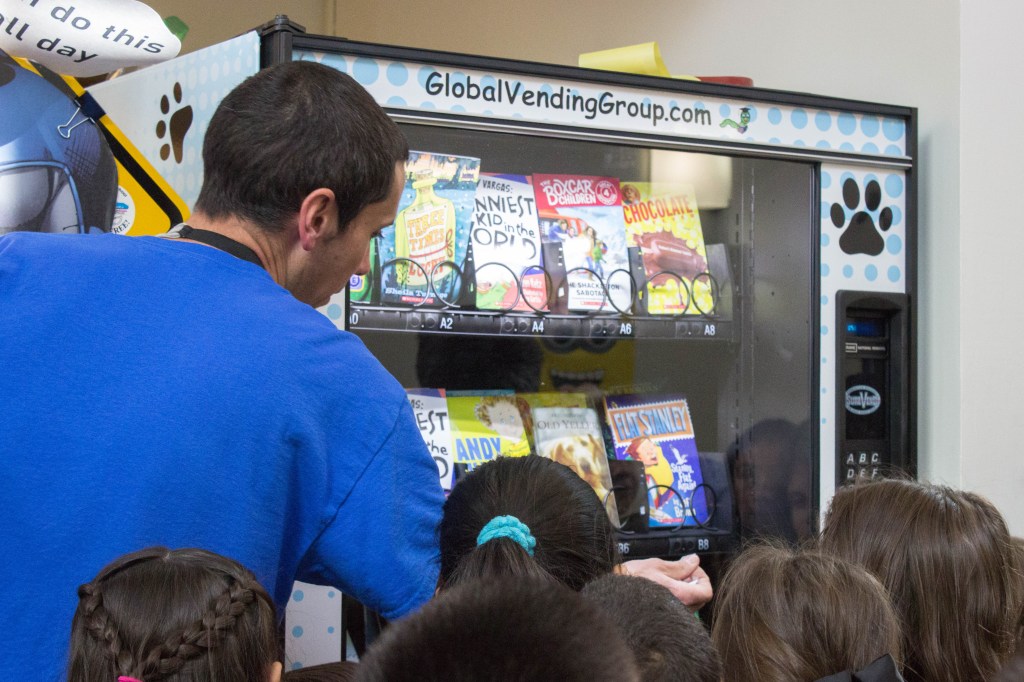 On Friday, November 5, Baker Elementary School held a special groundbreaking ceremony to celebrate the official unveiling of a book vending machine, one of only 10 in the state of Colorado.

Teacher Marcie Shaver, who knew the school still had the welfare grant money to spend in a sustainable manner, was the driving force behind the idea.

“We were looking for a way to reinforce positive behaviors without the candy and just the extra stuff. The more positive choices you make, the more coupons you get, ”Shaver said. “We received a large sum of money from our District Welfare Grant. We were trying to figure out how to spend the money, and it had to be sustainable. So with the money, we could buy the pound machine, as well as about 200 pounds to restock it. “

When she pitched the idea to Baker’s manager Daniel Cooper, he fully agreed. They hope the 200 pounds can continue to fill the machine for at least two years.

“I have to warmly thank Ms. Shaver because she is the reason we have this great book machine. She’s done so much to help us put this in place, ”Cooper said during the unveiling as he addressed the entire elementary school through live video.

Shaver had the honor of cutting the ribbon, and two students from each class randomly drew their names to be one of the first students to try the vending machine. 30 students from grades 1 to 5 were selected, along with a 31st student special, who was awarded the award of being the very first student to choose their book from the machine.

“There’s a special token we’re going to do first. Today I was in a classroom and a teacher gave all the students the opportunity to read. She said, ‘I would like you to read, but you have some free time.’ There was one student in the whole class who chose to pull out a book and read, ”Cooper said, explaining that all of the other students chose to spend time on their Chromebooks instead.

This student received the first gold token and chose Avi’s “Old Wolf” book. The other 30 students followed suit, inserting their tokens into the machine and choosing a new book.

Shaver said many of his students have asked when they should return the books and are delighted to find that unlike library books, these books are theirs. Another question frequently asked by students is whether books can be bought with coins or dollars. This special type of machine, however, only accepts its corresponding gold tokens.

In the future, students will only be able to earn these tokens by earning Bulldog tickets, also known as PBIS (Positive Behavior Interventions & Support) tickets. All tickets won will be put into a draw, and the winner of that draw will win a gold token. Shaver distributes, on average, between eight and 10 tickets a day, so each teacher will give plenty of opportunities for their students to earn a token.