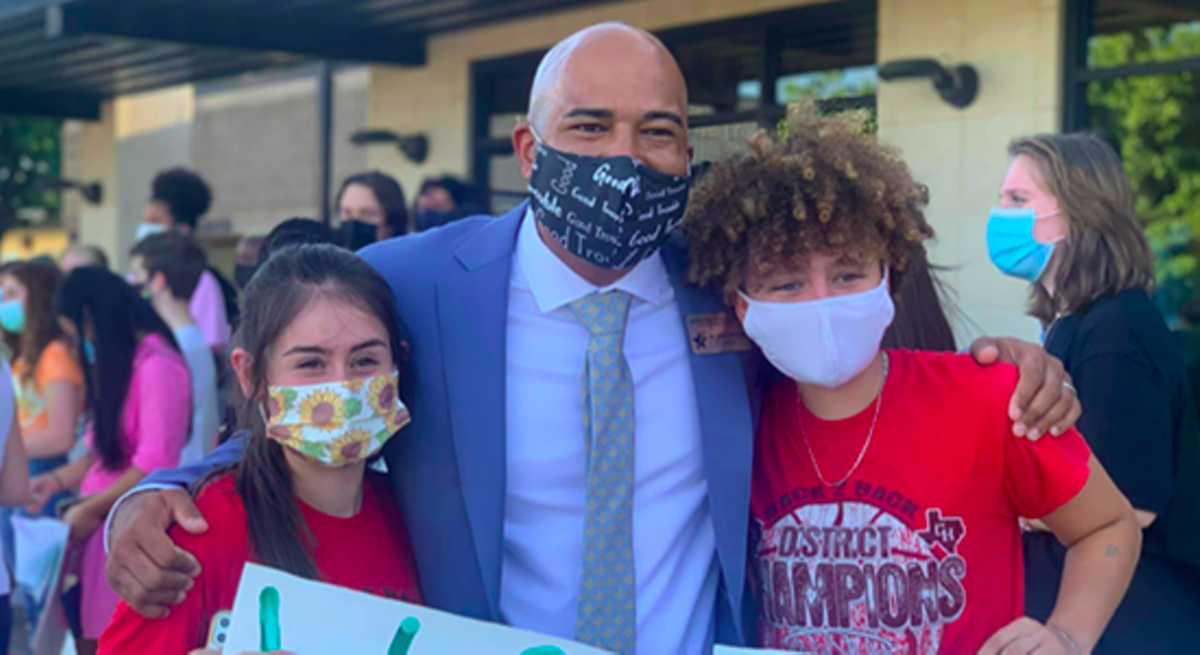 Bad Takes is a periodical column of opinion and political analysis.

During the legislative battle over the then proposed Texas ban on the Project 1619, I’ve read editorials and listened to more debates from lawmakers than any human being should. But I haven’t found anyone talking about one of the law’s most important effects – that it effectively bans your congress drafting class homework and the granting of extra credit for student civic engagement.

Even though I listed this as the # 1 complaint in my Running column in June, part of me secretly thought, “You know, if no one else mentions that, maybe I’m far from the base.”

“In an email to college administrators obtained by the Texas Tribune,” [reported” target=”_blank”>Jason Kao reported for the online news outlet in mid-August, “a social studies curriculum coordinator wrote that ‘in light of’ the new law’s ban on political activism and policy advocacy, we will no longer be allowed to offer Youth & Government as an elective course for credit’.”

On Sept. 1, CNN’s Nicole Chavez reported that she spoke to nearly two dozen school districts across Texas about how House Bill 3979 already was altering their plans for the new year. “In College Station, some government teachers won’t be asking students to take notes at city public meetings for a grade,” according to the story. “Elementary school teachers in Leander won’t be asking students to write letters addressing lawmakers anymore.”

The bill’s authors have replied to this loss to civic education with the classic Steve Urkel defense: “Did I do that?” Yes, State Rep. Steve Toth and State Sen. Bryan Hughes, you did this. As did all Republicans who voted for the measure.

Regardless of the legislative intent, the text of the law clearly targets “public policy advocacy” and “political activism.” If you had wanted to only ban the “bad” Black Lives Matter activism you don’t like, you should have just said so, instead of hiding behind neutral-sounding language that has now hurt all students.

But the worse news is that we’re still finding more bags of crap lit on fire on our doorsteps thanks to anti-woke activists. Right now, James Whitfield — the first Black principal at Colleyville Heritage High School in the Dallas-Fort Worth area — is on administrative leave after defending himself from a spurious smear campaign.

Whitfield’s imbroglio began when, upon being promoted to principal, a “concerned parent” dug through the educator’s old Facebook albums and found professionally shot photographs from 2009 of he and his wife embracing on a beach in celebration of their five-year wedding anniversary. District officials instructed Whitfield to remove the photos, which he dutifully did.

Although I wish I didn’t have to add this detail in the year 2021, it bears mentioning that Whitfield’s wife happens to be white. But that’s not the issue that led to his firing, the school board said.

On July 26, after the removal of the photos, a former candidate for the Grapevine-Colleyville school board, Stetson Clark, broke with the rules for public commentary at board meetings and repeatedly called out Whitfield by name as promoting “the conspiracy theory of systemic racism” and “encouraging all members of our community to become revolutionaries by becoming anti-racist.” Clark said those teachings advocate that “we should all be working to destroy our businesses, our school district, our city, even our state.”

Why would anti-racism destroy Texas as we know it, one wonders. Importantly, if as Clark suggests, the idea that the system is racist is nothing more than a baseless conspiracy theory?

But Clark’s mouth scum isn’t the problem either, the school board also said.

No, what caused Whitfield to be fired and his future contract not renewed, they claim, was that he had the absolute nerve to respond via social media to the relentless attacks on his character. Obviously, defending yourself is what we now call “insubordination”.

While the supposed responsible adults embarrass us yet again, the silver lining, as usual, has been the mature response shown by the student body at Whitfield School, including around 100 got out to protest his mistreatment. For the record, Whitfield also accusations denied that he ever put critical race theory into the curriculum. He has also requested a public hearing to appeal the school board’s decision, and that hearing is expected to take place in the coming weeks.

When Americans wonder why passionate and dedicated people give up education as a profession, they should think of James Whitfield. The propensity of conservative parents for instinctive hysteria based on concocted right-wing media outrage alienates teachers and administrators and leaves children ill-prepared for the diverse world of tomorrow. We have to stop giving way to these fins if we want to move forward as a society.

On a lighter note, can I suggest a Halloween costume idea? Go like the letters CRT. In other words, if you believe that parents of children ringing your doorbell can stand up without falling into abject terror.

Stay up to date with news and sights from San Antonio. Sign up for our weekly newsletter.

Judge to convict members of neo-Nazi group, including US military veteran, under terrorism law