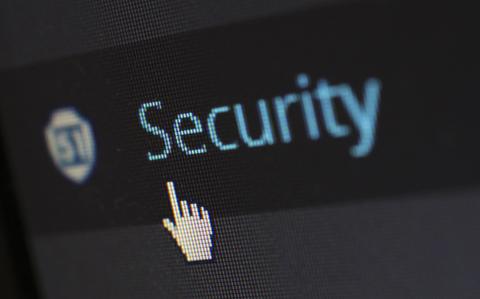 Governor Kathy Hochul named Colin Ahern to the newly created position. According to the governor’s office, he will oversee the assessment, mitigation and response to cyber threats and work with senior leaders of state agencies to manage risk and prevent attacks.

Ahern will also lead the Joint Security Operations Center, a state-run center that will detect cyber threats and respond to incidents. The center will work in partnership with other governments, including New York and federal agencies.

“New York State is taking an aggressive, leading approach to transforming our cybersecurity infrastructure to combat emerging threats and strengthen our information assets,” Hochul said in a statement, adding that expertise of Ahern “will be essential to identify cyber risks, improve our defenses, prevent attacks and ensure that New Yorkers and our institutions remain protected.

Ahern enlisted in the US Army Reserve after the September 11 attacks and served two tours in Afghanistan. During his military career, he won the Bronze Star, the Meritorious Unit Commendation with two oak leaf clusters, the Afghanistan Campaign Medal with three campaign stars, and the Knowlton Award, which acknowledges contributions to the Military Intelligence Corps.

At the end of his military stint, he was a company commander in the U.S. Army Cyber ​​Brigade. He oversaw the creation of a cyberspace operations organization, according to his biography.

His academic experience includes a bachelor’s degree from Tulane University and an MBA from New York University’s Stern School of Business. He is an adjunct professor at the School of International and Public Affairs at Columbia University and a visiting lecturer at the George C. Marshall European Center for Security Studies.

He has experience working on cybersecurity issues in the public sector. He was the first Deputy Director of New York City Cyber ​​Command and served as the Acting Director of Information Security. He oversaw the expansion of the Cybernetics Unit during his tenure with the agency.

“I am honored to have this opportunity to serve New Yorkers and to work with Governor Hochul and his team to continue to build and improve our statewide cybersecurity infrastructure,” Ahern said. “This administration is committed to leading the country on cybersecurity, and I’m thrilled to join the front lines of that effort.”

The appointment of a chief cyber officer for the state was welcomed by U.S. Representative John Katko, a Syracuse-area congressman who is the senior member of the House Homeland Security Committee.

Katko, who has advocated for upgrading cybersecurity infrastructure and the creation of the Cybersecurity and Infrastructure Security Agency, stressed the importance for states and local governments to detect and prevent cyber threats.

“With New York State’s appointment of a statewide cybersecurity officer, I hope we can continue to move in a direction that makes our critical infrastructure systems more secure, fosters partnership and coordination with federal authorities and educates New York families and businesses about cybersecurity,” Katko says.