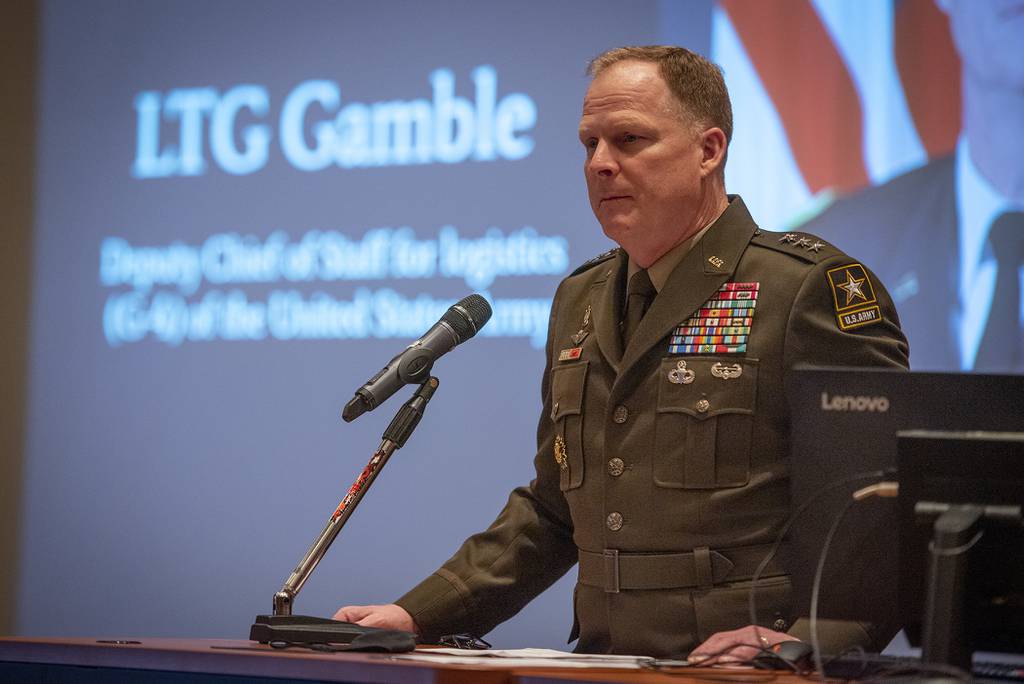 The army replaced its assistant chief of staff for logistics, now a major. Gen. Duane Gamble, after an Inspector General investigation substantiated allegations that he “showed counterproductive leadership,” according to an Army spokesman.

Gamble, who was a three-star, became a major general again when he left his former duty post.

Army spokeswoman Cynthia Smith confirmed Gamble’s replacement and new rank, but said investigators found “most of his actions had a positive impact on the organization.” The Department of the Army’s IG also did not substantiate claims that Gamble discriminated against peers or subordinates because of their race.

The Army G-4 had been suspended from his post since mid-February pending the final outcome of the investigation. Gamble was first reported to IG in September 2020.

Smith declined to comment on whether Gamble was officially relieved for cause or simply reassigned, citing confidentiality concerns, although she said he received a memorandum of reprimand from a general officer, or GOMOR.

The allegations against Gamble were first reported by Task & Purpose in February.

The article described scenarios in which the general allegedly made derogatory comments regularly targeting his black peers. A retired logistics directorate colonel told Task & Purpose that Gamble’s criticism was a trend, and he “made it very clear” how he felt about the black generals he worked with.

But the investigation ultimately failed to prove that Gamble engaged in racial discrimination — the IG only found evidence to support claims of counterproductive leadership.

Counterproductive leadership can take many forms and “prevent[s] establishment of a positive organizational climate, prevent other leaders from meeting their demands, and may prevent the unit from accomplishing its mission,” according to Army doctrine explaining the term.

Smith did not specify how Gamble’s leadership was harmful, but the Task & Purpose investigation detailed allegations that the general “frequently degrades[d] subordinates and peers, and regularly made inappropriate comments at staff meetings.

It is also unclear what rank Gamble will be in retirement following his return to Major General and his new role as Special Assistant to Director of the Army General Staff Lt. Gen. Walter. Piatt.

Gamble completed less than the traditionally required three years as a lieutenant general in order to lock in his retirement – ​​he pinned his third star in September 2019 when he arrived at the Pentagon to take over as G-4 from the army.

Federal law allows Secretary of Defense Lloyd Austin to waive the three-year requirement and remove Gamble as a three-star if the secretary believes he has “served … satisfactorily” at that rank. To do so, Austin would have to notify the President and Congress of his intention and provide rationale “whether or not potentially adverse, adverse, or reportable information regarding the officer was considered by the Secretary during certification.” , stipulates the law. .

Smith referred questions regarding Gamble’s retirement memo to the Austin office, noting only that “his retirement approval is still pending.”

Gamble declined to comment when contacted by Army Times via social media.

Maj. Gen. Charles Hamilton, who is currently the G-4’s director of operations, will assume Gamble’s former role as G-4 on Wednesday, according to Smith.

Demotions and discipline for officers at three-star level are rare, often happening behind closed doors.

The last Army lieutenant general to face relief was Lt. Gen. Bradley Becker in August 2019. Becker, then the commanding general of Installation Management Command, was relieved after an investigation into a relationship inappropriate extramarital affair. But he was not demoted.

The most recent known demotion of an Army three-star came in November 2015 when Secretary of Defense Ash Carter fired and demoted his senior military aide, then a lieutenant. General Ronald Lewis, amid allegations that he used his government credit card at strip clubs while on official business with Carter.

Lewis lost another star after an IG investigation substantiated the allegations, forcing him to retire as a brigadier general.

Gamble is also the second general officer on the Army staff to have counterproductive leadership allegations substantiated this year.

Brig. Gen. Amy Johnston, the service’s former public affairs chief, was reprimanded and began the retirement process in January after the inspector general investigated reports that people in her office were struggling with their workload, their work-life balance and unclear expectations in their work product.

A Task & Purpose investigation found that the allegations against Johnston included frequent outbursts at meetings, and the belittling and debasement of subordinates.