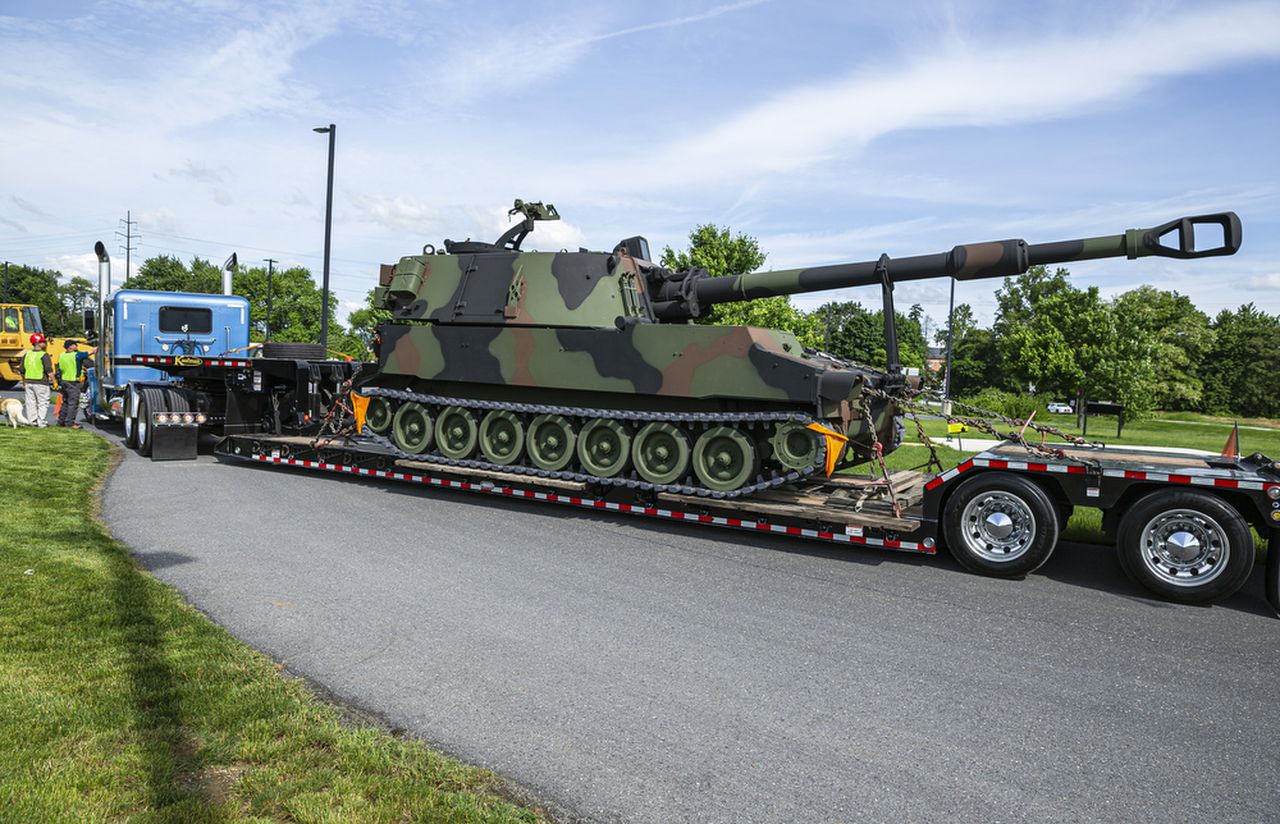 Armored vehicles restored at Letterkenny Army Depot returned ‘like new’ to the U.S. Army Heritage and Education Center in Carlisle

As beautiful as they looked the day they rolled off their respective assembly lines, two pieces of US military history were returned yesterday to the US Army Heritage and Education Center in Carlisle.

An M109 Paladin, a 155m self-propelled howitzer and a Bradley fighting vehicle both needed exterior repainting and restoration, and that’s where Letterkenny Army Depot stepped in to provide the expertise needed to preserve the Army’s history.

In the fall of 2021, the two armored vehicles arrived at the depot, where the sanding, preparation and painting process, in the interests of historical accuracy, began under the skilled care of workers from the process support division. .

“The Process Support Division within Letterkenny Army Depot is extremely honored and proud of the opportunity to work with the US Army Heritage and Education Center,” said PSD Chief Jeff Barnhart. “Not only do we support the mission and history that US AHEC captures, but we are also able to showcase the talent of our employees here at PSD.”

This project was the first of its kind for the division, whose efforts generally support the deposit reset and recapitalization mission.

The M109 Paladin once welcomed visitors to AHEC, where it was displayed at the entrance to the facility.

The M109 was built in 1982 by York-based BAE Systems, who donated the howitzer to AHEC. It has been on display since September 2010.

The Bradley Fighting Vehicle was once part of a HESCO Bastion barrier checkpoint display on the AHEC Heritage Trail.

The Bradley now welcomes visitors to AHEC, where it is now on display at the entrance to the facility, where the restored M109 once stood.

“It’s really satisfying to see what these assets looked like when they arrived and what the final product looks like,” said Daniel Bowman, sander and prep at PSD. “Just seeing the transformation; it’s just awesome.

“It’s a piece of history,” Bowman said. “It’s great to see the mechanics of the howitzer and how things work.”

Clinton Buchanan worked as a painter at PSD for over seven years, and this project marked her first experience painting this type of asset. “It was really rewarding to paint the tank itself,” Buchanan said. “It was the first tank I ever worked on.”

“The camo pattern gave us some challenges,” Buchanan said. “It just took a little more precision to get it right.”

LEAD is a subordinate of the United States Army Aviation and Missile Command. These are the Air and Missile Defense and Long Range Sniper Depot, support systems for the Department of Defense, foreign partners and industry. Letterkenny Army Depot was established in 1942 and is a government owned and operated industrial facility located in Chambersburg, Pennsylvania.

Parachute training in progress at Fort Indiantown Gap: “Train as if you were deployed”

Paths of Thiruvananthapuram full of ‘thorns’ – The New Indian Express