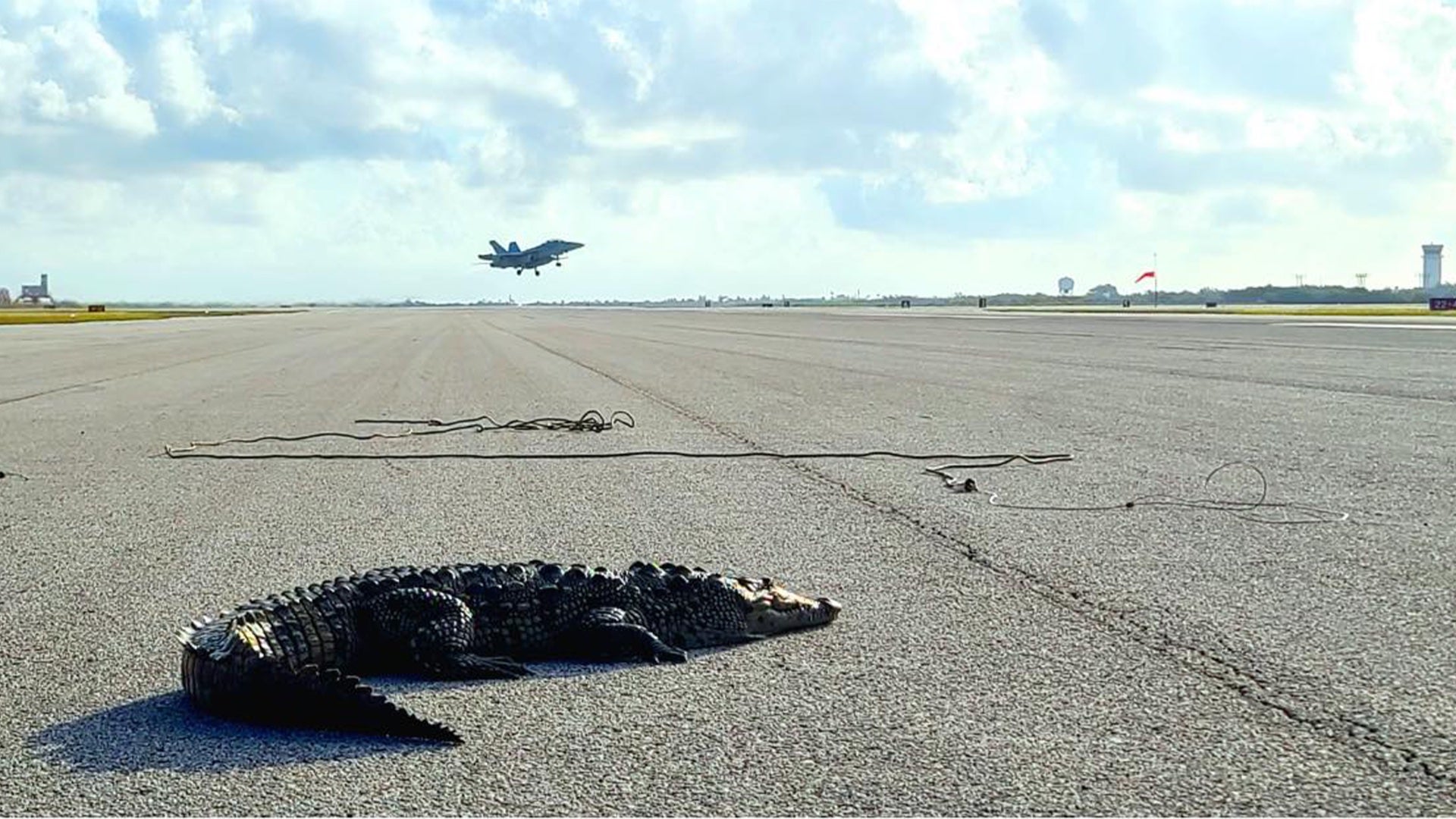 Some animals are comfortable enough to play their role in the military. Take the military working dogs, which have won praise for detecting bombs, been trained to potentially detect disease, and even helped take out an Islamic State leader.

Then there’s the Mark 7 Marine Mammal System, better known as bottlenose dolphins trained by the Navy under the Marine Mammal Program to hunt mines and ward off enemy swimmers. From carrier pigeons to elephants, animals have long been trusted companions in the art of war.

Other animals, however, need less of the US military’s myriad rules and regulations, including this crocodile that recently found one of the runways at Naval Air Station Key West in Florida a good place to bask in the sun.

“This airfield resident was recently sunbathing on one of our runways and wouldn’t move,” NAS Key West wrote Monday of the crocodile, which apparently showed little concern or interest in a F/A-18 Super Hornets. take off nearby.

The crocodile entered the flight line on March 10.

Although there are about six or seven crocodiles that live on the base, according to a January survey of the property, NAS Key West spokeswoman Danette Baso Silvers said they normally sunbathe in the grassy areas off the tracks.

This one, however, had other ideas, settling temporarily at one end of the base’s largest runway. Baso Silvers said the crocodile’s presence forced flight operations to move to a different runway after the stubborn crocodile showed no interest in moving.

Base resident United States Department of Agriculture wildlife biologist Rosa Gonzalez enlisted the aid of the Florida Fish and Wildlife Conservation to help combat the reptilian intruder and transfer it to the outside the fence.

“After a while, crocodile! wrote the air station.

This isn’t the first time a large reptile has entered a military installation in Florida. In 2019, a driver near Naval Air Station Jacksonville took photos of an alligator climbing a chain-link fence and heading towards the base.

The Key West crocodile, a female, was about seven feet long and 110 pounds. Definitely not the kind of thing you would like to encounter during the morning PT.

What’s new on Task and objective

Want to write for Task & Purpose? Click here. Or check out the latest stories at our homepage.