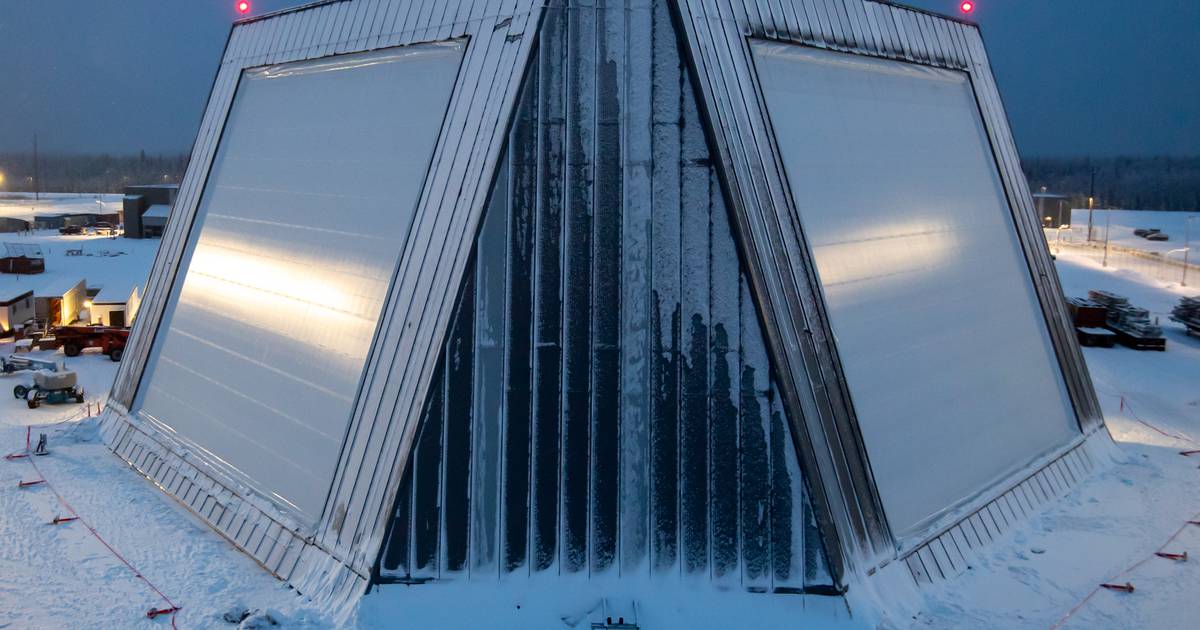 A new step was taken on Monday in the rampant militarization of space.

A ceremony held at Clear Space Force Base (formerly Clear Air Force Station) south of Fairbanks celebrated the completion of construction and installation of a new long-range discrimination radar, a sophisticated surveillance system designed to strengthen US missile defenses.

“When fully operational, the LRDR will provide an unmatched ability to simultaneously search, track and discriminate multiple small objects, including all classes of ballistic missiles and, in subsequent iterations, hypersonic, very long range, in continuous operation,” the Missile Defense Agency announced. in a press release.

Now that the state-of-the-art radar is installed in a newly constructed facility of nearly five floors, a testing and training phase will begin, with the device expected to be fully integrated and operational by 2023. Once the tests are completed, the Radar control will shift from the Missile Defense Agency to the US Space Force.

â€œYou’ve built an additional pair of keen eyes that will paint a picture of any threat that comes our way,â€ said Lt. Gen. AC Roper of the North American Defense Command.

The LRDR has an enormous field of view over vast swathes of the Pacific theater and is touted for its ability to quickly spot and identify the complex components of intercontinental ballistic missiles launched high into the atmosphere. For example, sensors can track debris and decoy objects thrown out when a missile’s boosters fall and a warhead descends back to earth. Radar functions like the early warning system in the Army’s missile defense strategy, with projectiles launched from land or sea to hopefully destroy an incoming ICBM before it can reach its intended target.

After the brief ceremony and the distribution of commemorative plaques, participants were given a cake and a punch before going on tour. Afterwards, military officials held a roundtable discussion with media calling from across the country.

A number of questions have focused on hypersonic, the emerging class of missiles that are super fast, highly maneuverable, and can fly low enough to evade many defense systems. While the United States has begun to develop hypersonic weapons, China and Russia are widely considered to be significantly further along in their incorporation into their military arsenals.

â€œThe primary driving requirement,â€ US Missile Defense Agency Vice Admiral Jon Hill said of LRDR, â€œis against the threat of ballistic missiles. This is what radar filters are designed for.

There is unlikely to be any additional hardware needed for the LRDR to be reconfigured for hypersonic tracking in the future, Hill said.

The radar was specifically installed in Alaska because of its advantageous position over the Indo-Pacific region to spot ICBMs that could potentially be launched by North Korea.

“Alaska gives us a field of vision that we need to defend our territory,” said Lt. Gen. David A. Krumm, responsible for Alaska Command, Eleventh Air Force and NORAD Assets. Alaska, including the radars that feed the information. back to the basics of Lower 48.

The cost of installing the LRDR at Clear is approximately $ 1.5 billion. Construction and installation of the radar, which was built by defense contractor Lockheed Martin, has been slowed down due to the pandemic.

LRDR will not replace the network of long-range radar stations across Alaska, which since the Cold War have been set up to monitor the encroachment of planes and long-range bombers. Krumm said the new capabilities are a complement to existing radar systems.

American Korean Veterans Reflect on the Past, Look to the Future | Item