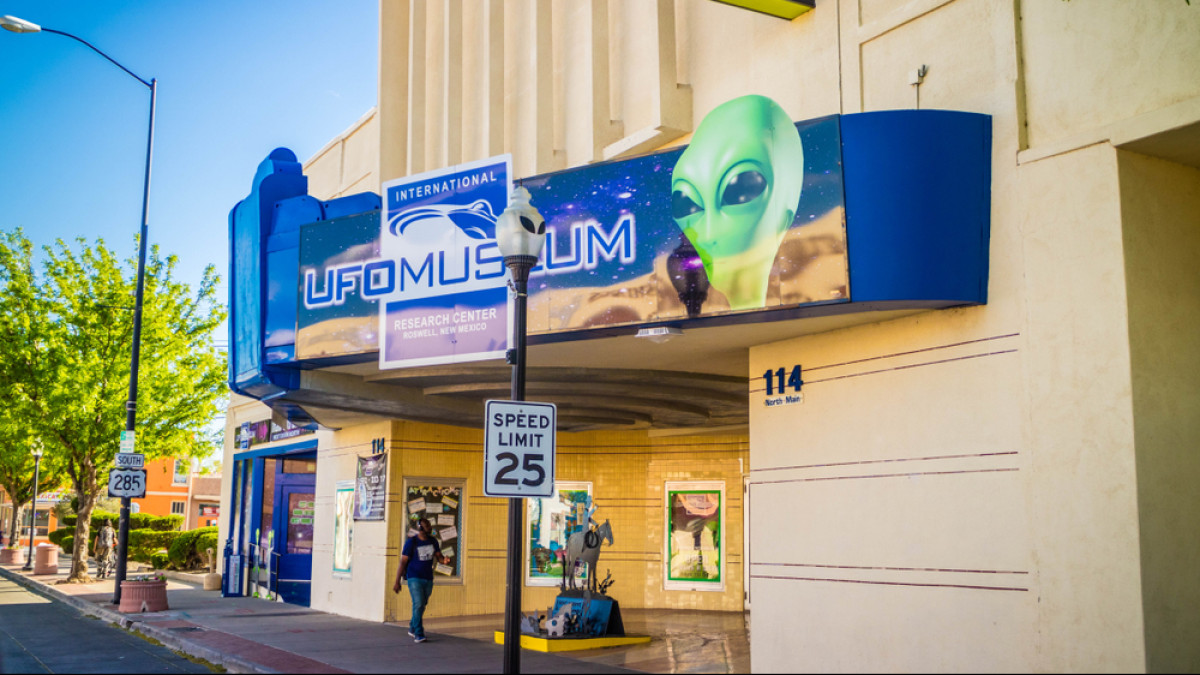 “The truth is out there, but so are the lies.”

X-files had a huge impact on an entire generation (and beyond). From checking every moving light in the sky to becoming alien-obsessed nerds and space enthusiasts, some of us have grown up with far more fascination with the third kind than those that surround us.

So many sci-fi fans have considered taking up the profession of UFO hunter or have wanted to visit places where some sort of alien-related activity has been reported. Across the world, there are several ancient structures that have mysterious origins (leading to conspiracy theories). In other places there have been reports of strange occurrences and sightings.

From mysterious ranches to Martian-themed parties, here are some destinations to visit if you’re a fan of the third kind.

The town of San Clemente is considered the unofficial UFO capital of the world. According to researchers working here, UFO sightings average nearly one per week. So much so that the Chilean tourist board established an official 30 km long UFO trail here in 2008. The trail takes travelers through the scenic Andes Mountains covering the various sites where close encounters have been reported. The area is home to Lake Colbún which has a high mineral content apparently without any springs. The most notable sight from the trail is the El Enladrillado, a huge, eerie flat area formed from 200 perfectly cut volcanic blocks believed to have been laid down by ancient civilizations. However, conspiracy theorists and researchers believe it is a landing strip for aliens.

Wycliffe Well, located along the Stuart Highway in the country’s Northern Territory, is known as the UFO capital of Australia. UFO sightings by locals here are so common that the area is home to a full alien-themed junction at Wycliffe Well Holiday Park. It’s one of the top five alien-sighting hotspots in the world where travelers can fly in to watch some UFOs zoom in, usually at the start of the dry season, from May to October. Reports of unidentified flying objects began appearing in this area from the time of World War II. Visitors who come here can take their telescopes and stay in cabins at Wycliffe Well Holiday Park. Locals claim to have seen strange objects almost every other day during “UFO season”.

Joshua Tree located on 29 Palms Highway is known to have many mineral-rich underground waterways for no explainable reason. The national park was once home to 300 mines in its vast desert, including a unique white crystal quartz hill behind Giant Rock. It is considered an extraterrestrial base by some researchers. UFO enthusiasts exploring the desert here believe that Joshua Tree lies on the 33rd parallel north, as does Roswell. So, this could be a hotspot for UFO sightings. For many years, ufologists have converged here for long weekends of lectures and workshops on the unexplained. Considered the Woodstock of ufology, the weekends shine a light on everything unexplained, from the science of UFOs and ancient extraterrestrials to human origin and government disclosure.

The mothership of all UFO destinations, this location is famous for the Roswell incident which took place in July 1947. Apparently the US military announced that they had recovered a spacecraft from the nearby desert (more later they said it was just a weather balloon). Since then, conspiracy theorists have claimed the remains of a flying saucer, and even dead aliens have been secretly stored here. The area is home to the Roswell Space Walk and the International UFO Museum and Research Center as well as the Roswell Museum and Arts Center, all frequented by space enthusiasts. Spotting a real UFO here can be tricky, but head to town for the Roswell UFO Festival, held every 4th of July weekend to celebrate all things extraterrestrial with fellow fans. Thousands of costume-clad people gather here for this UFO-enthusiast Comic-Con, which includes talks and the alien-themed parade.

The Five Hundred Meter Aperture Spherical Telescope (FAST) is the largest and most sensitive radio telescope in the world. Located in a rural part of China’s Guizhou province, the FAST radio telescope, which opened in 2016, is seen by Chinese researchers as humanity’s best option for demystifying messages from space. Nicknamed Tianyan, meaning “Eye of Heaven” or “Eye of Heaven”, by its founders, it was found to solve some of the greatest mysteries in the universe. One of its main missions is to detect communication signals from extraterrestrials. Visit this great wonder of science and get a chance to watch scientists work on real alien-related projects.

From new conspiracy theories to Facebook events urging people to rush the base, Area 51 is always in the news. The US military installation, located nearly 100 miles north of Las Vegas, is common ground for conspiracy theorists. Theories and even books by researchers and government insiders claim that the area is a storage facility for a crashed alien spacecraft, including its occupants, living and dead, as well as materials recovered from Roswell. Some even believe the area is being used to manufacture aircraft based on recovered alien technology. Some ufologists claim that a recently discovered secret underground facility at the base of the Papoose Mountains, Nevada is where the extraterrestrial beings are hidden and no longer in Area 51. Whether there are actually aliens there or not is debatable, but the area certainly is highly classified. Visitors can take the national highway which is marked with the sign “Extraterrestrial Highway”. It’s filled with alien-themed businesses along the desert road. Don’t forget to look up if you’re here at night. It might be your lucky day.